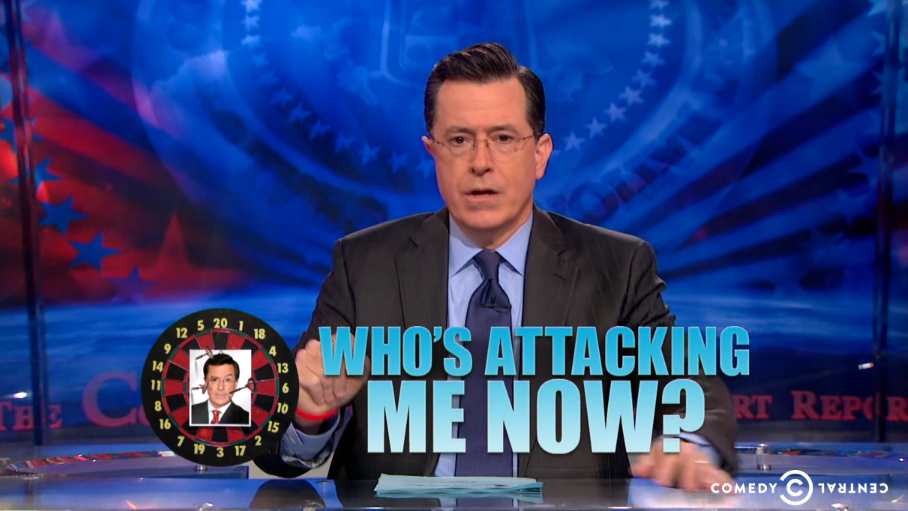 If you’re not up to date on the #CancelColbert situation, a quick brushup: On Thursday, the official Colbert Report Twitter account (not Colbert’s own personal Twitter account) tweeted a joke from the show, out of context: “I am willing to show #Asian community I care by introducing the Ching-Chong Ding-Dong Foundation for Sensitivity to Orientals or Whatever.” The original joke came from a segment on Wednesday’s episode, about Washington Redskins owner Dan Snyder’s attempt to combat criticism that his team should change its name, by announcing the creation of the Washington Redskins Original Americans Foundation.

As our friend Jay Caspian Kang, writing for The New Yorker, explained, “The joke … is not particularly complicated: Daniel Snyder created a charitable organization for the benefit of a community and used a racial epithet for that same community in the organization’s name — so here’s an absurd fictional extrapolation of Snyder’s own logic. Everyone who hates both racism and Daniel Snyder laughs.” Of course, it wasn’t that simple. Suey Park, a Twitter activist — or, um, “hashtag activist” — took offense at the joke, and started the #CancelColbert campaign, which quickly took off.

Defenders of Colbert were quick to argue that this couldn’t possibly be offensive because the whole joke was a clever attack on racism, in the Colbert house style. I won’t dwell on this here because Colbert, in the clips below, does an extremely entertaining job of summing up the brouhaha, and then carefully defending himself via the “out-of-context” line of reasoning. (“I just pray that no one ever tweets about the time I said Rosa Parks was overrated, Hitler had some good ideas, or ran a cartoon during Black History Month showing President Obama teaming up with the Ku Klux Klan — because man, that sounds pretty bad out of context.”) That he does so while remaining in character as his blowhard right-wing character is doubly impressive.

But what Colbert doesn’t acknowledge is what Park and her defenders would possibly point to as their big hangup.

As Kang explains in his piece, the tension lies in the subject of these kinds of jokes too often being Asian Americans, because of the perception that it’s a group that’s “least likely to protest”:

“There’s a long tradition in American comedy of dumping tasteless jokes at the feet of Asians and Asian-Americans that follows the perception that we will silently weather the ridicule. … Even when you want to be in on the joke — and you understand, intellectually, that you are not the one being ridiculed — it’s hard not to wonder why these jokes always come at the expense of those least likely to protest.”

Anyway: Watch Colbert brushing it all off below, and then maybe spend some time reading up on the rest of the picture.