Songs of the Week: The ‘Sorry 4 the Wait 2’ Mixtape Wayne Edition 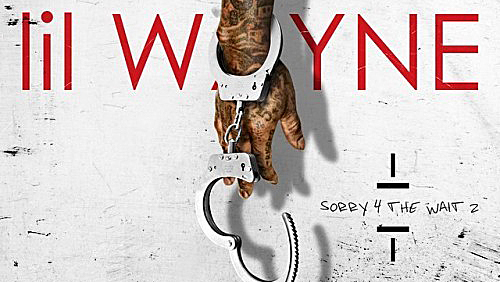 Rembert Browne: Lil Wayne has a new mixtape out, Sorry 4 the Wait 2. This is worth noting because Wayne mixtapes are, historically, big deals. Mixtape Wayne is one of the best rappers who has ever lived. SQ1, Dedication 2 (“CANNON”), Da Drought 3, No Ceilings, Lil Weezy Ana Vol. 1 — these are the moments in which he truly separated himself from the pack.

Browne: Yes, you can talk about SQ4 now. Wait, actually, before you do that, remember the gift that is “Sportscenter”?

He name-drops Steffi Graf and Roger Federer. It has that line I love (and still don’t fully understand, which makes me love it even more):

Awaited on my turn to burn, can I get a light?
Little dog, bigger bite
Jackson Five, Little Mike.

And then right after that.

Can I get a mic or a mic and a half
That Source owe me
Shout-out to the editing staff.

So crazy, how Wayne put SportsCenter and ESPN (and, in turn, Grantland) on the map with this song. I owe Weezy my career.

Ryan: First of all—

Browne: One final thing. Remember on “Lay My Organs Down” when Wayne’s like, “I need vegetables. Is weed vegetables?”

Of course you do. OK, shutting up now.

Ryan: First of all, there’s the throat-clearing.

I don’t mean actual throat-clearing, because Wayne does that, too, I’m sure. I’m talking about the figurative throat-clearing — the ad-libs-as-stretching, the “Squad with me, maaaaaaan.” SQ4 came out in 2002 — like most of the Sqad tapes — and was part of an artistic run from ’02 to ’06 that was among the most prolific and rewarding in rap history, producing 13 (THIRTEEN) tapes.

Browne: Not to interrupt, but I just remembered “Best of Me” from SQ4 AND WAYNE SAID “WE REAL PLAYAS BUT WE REALLY DON’T PLAY — LIKE JOSEPH FORTE” AND NOW I NEED TO GO TO THE HOSPITAL.

Ryan: When I say it felt like Weezy was always rapping, he was — that’s how you make 13 tapes and four studio albums in four years. But what I mean, really, is that he was always rapping. That was the beauty of those messy Sqad tapes. You can hear this dude disassemble and rebuild his own flow over this span of time, and he did it just by rapping, and rapping, and rapping. It’s like he was just in the studio, spitting all night, and they would put on different tracks, and he would go over whatever he heard in his cans. There aren’t dozens of songs on these releases — there is one song. The Lil Wayne Song. And that song took on many shapes and forms over the course of half a decade.

“Guess Who’s Back” is one of my favorites from this time period, because it was the first time I heard him rap over Kanye beats (at least I think so), until he finally got his own with “Let the Beat Build,” which would be one of his masterpieces.

“Guess Who’s Back” also features Wayne screaming “I’m a motherfucking animaaaaal,” which is not a lie, and finds him going way past the point where 99 percent of his peers would have punched out. It sounds like he was going to rap forever. Back then we thought he just might.

Browne: Personally, the most important thing about his mixtape classical period (Dedication 2 is 100 percent his Innervisions) is that it’s filled with Wayne taking other people’s beats, and then rapping over them with such precision, wit, and confidence that you never want to go back and listen to the original song. Never. It took me years to happily listen to the original “Swag Surfin’” after what Wayne did on No Ceilings.

Or remember that Mike Jones song, “Mr. Jones”? And then remember Wayne going Kano Heart Rip on the track and creating “Sky Is the Limit,” thus going full Men in Black neuralyzer on that thing Mike Jones allegedly once did?

The same could be said for “Black Republicans,” the song that was supposed to lead off the greatest album that never happened.

And what about this Khaled-inspired “We Takin’ Over,” a song on which Wayne proclaims “me, me, it’s all ’bout me / If a girl got a voice then she talk ’bout me,” followed by: “Yikes. Yeeks. Great Scott! / STORCH, CAN I BORROW YOUR YACHT.”

And I’ve still never voluntarily listened to “Show Me What You Got” by Jay Z after hearing Wayne’s “Dough Is What I Got” from Da Drought 3.

No one has ever been able to repeatedly improve someone else’s song — a song you once enjoyed; loved, even — quite like Wayne.

My biggest takeaway from Sorry 4 the Wait 2 was that I wanted to go back and listen to the originals. Dej Loaf’s “Try Me,” Rae Sremmurd’s “No Type,” even O.T. Genasis’s “Coco” — a song with probably 43 total English words — got the Wayne treatment and did not suddenly become Wayne songs. They just became songs with beats that another rapper rapped over, turning Mixtape Wayne into just that — another rapper. I forget, from time to time, that “Dreams and Nightmares” by Meek Mill is aural Zero Dark Thirty. So I was excited to see this song listed on the mixtape.

But after listening to it, it just made me want to listen to Meek. So I did just that — listened to Meek.

With the exception of his take on OG Maco’s “U Guessed It” and Bobby Shmurda’s “Hot N​-​-​-​-,” hearing Wayne was simply a mental note to listen to the originals. Which, in 2015 — with these original songs only a Chrome tab or Spotify click away — means the attention span for Mixtape Wayne is shorter than ever.