Songs of the Week: N.E.R.D Alert 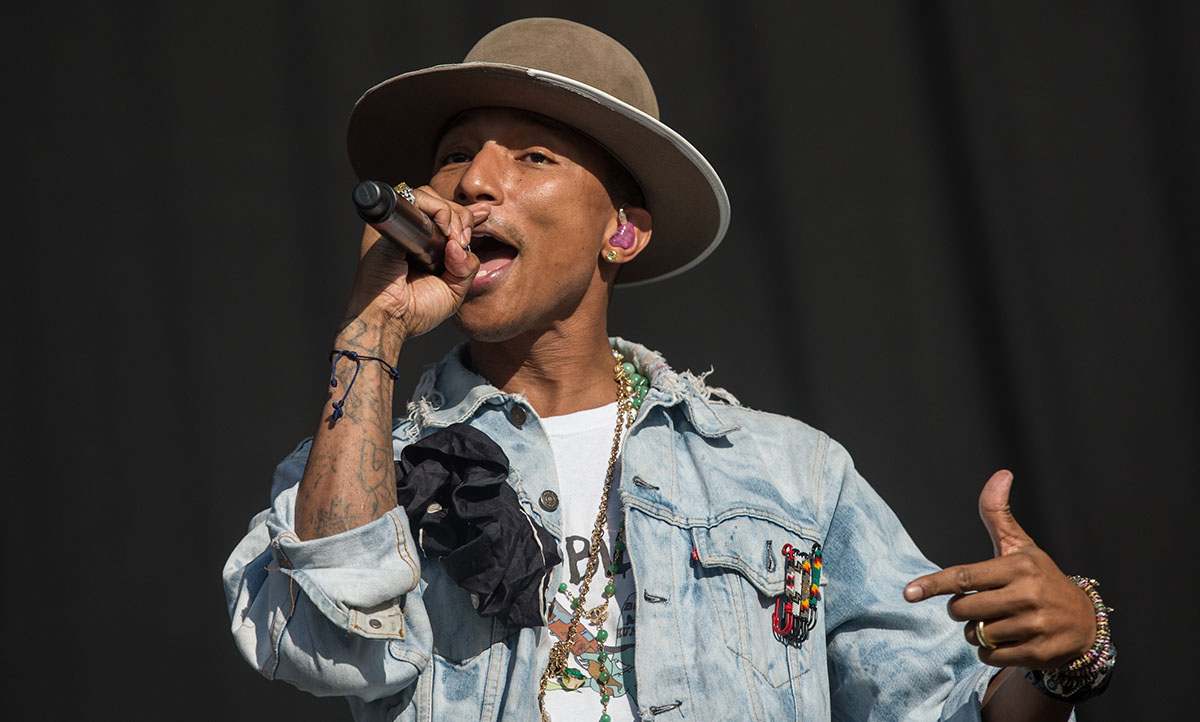 When I reviewed the last Pharrell Williams record 10 months ago, I wound up going on a long digression about N.E.R.D and how I missed Pharrell’s weird side. Well, now N.E.R.D is back in 2015, doing what Pharrell was doing in 2014 — making happy-happy handclap music for a kiddie-movie franchise. Still a good song, but not exactly what I had in mind.

Panda Bear Meets the Grim Reaper seems to be getting a warmer reception than Noah Lennox’s previous solo record, Tomboy, and 2012’s sorta slept-on Animal Collective LP, Centipede Hz. Personally, I’ve struggled to plug back into what I loved about Lennox’s work back when Person Pitch and Merriweather Post Pavilion turned my brain into Bubblicious. I recognize that his records are still chewy, but the flavor has been lost a bit, even with the John Carpenter sauce poured on “Boys Latin,” possibly Grim Reaper’s best track. Once you’ve honed your own aesthetic so perfectly, is it possible to move on with a discernible sense of purpose? Lennox, to my ears, has yet to resolve this. Judging by the album title, maybe he knows it.

“Indie folk” once upon a time denoted a rustic wispiness associated with Fleet Foxes and Bon Iver. But in the absence of those mysteriously disappeared acts — they were both huge in the early ’10s, but it feels like neither has put out an album in a decade — sensitive underground rockers have re-embraced the aesthetics of eccentric SoCal soft rock. Father John Misty, Tobias Jesso Jr., Steely Dan at Coachella — the return of Laurel Canyon is set to be one of 2015’s big story lines. This is a roundabout way of talking about Chicago singer-songwriter-guitarist Ryley Walker, whose new song “Primrose Green” (the title track from his record due in March) sounds exactly like late-’60s Tim Buckley. I can only assume that Paul Rothchild manned the boards and Van Dyke Parks rolled the joints while this was being recorded.

Apparently this boy-girl duo is pretty green — they’ve played barely any shows, and “Scene Sick” is their first single. So I’ll hold off on the superlatives, lest Diet Cig be ruined prematurely. But for the record: All you need for a song to be good is a strong backbeat and a taunting vocal about how your (i.e., pretty much any) band isn’t worth the time of day. Diet Cig knows this and therefore delivers.

These Mississippi rabble-rousers spare the lethal percussion this time around on a jangly lament for a better tomorrow that sounds like Ray Davies (or maybe Billie Joe Armstrong) getting high on the Delta.

It happens every year: As soon as I make my list of favorite albums for a particular year, I instantly discover a dozen records I missed and should’ve included. Earlier this week, Jason Isbell tweeted about Ben Howard’s I Forget Where We Were, and it’s been in constant rotation ever since. Howard is a British folkie, and sonically he doesn’t deviate dramatically from what you assume every British folkie sounds like. But the inviting production (courtesy of drummer Chris Bond) layers on the evocative, fingerpicked guitars like twigs on a bonfire. Put this on and let it echo between arctic blasts rattling the windows.

If your list of the 21st century’s most underrated albums doesn’t include the self-titled 2004 debut by the King Khan & BBQ Show, then your list is bullshit. After a five-year hiatus, the duo is back doing what they do best on the new Bad News Boys, celebrating sleaze, doo-wop, punk rock, and auto-destruction with more sweetness and gusto than they have in a long while.

Speaking of long hiatuses, funny-dour singer-songwriter Elvis Perkins returns in 2015 with a new LP, I Aubade, his first since 2009’s great Elvis Perkins in Dearland. The new album was recorded by Perkins in various spots throughout 2012 and ’13, and judging by the woozy “Hogus Pogus,” he traversed some treacherous spiritual terrain while he was away.

See all Bass Drum of Death

Lowbrow Highlights: ‘The Bachelor’ Premiere, ‘The Challenge,’ and the Thrilling Rebirth of the GRTFL

We Went There: Richard Linklater Talks ‘Boyhood’ at LACMA for the Oscar Stretch Run