Songs of the Week: Are You Gonna Go Gerard Way? 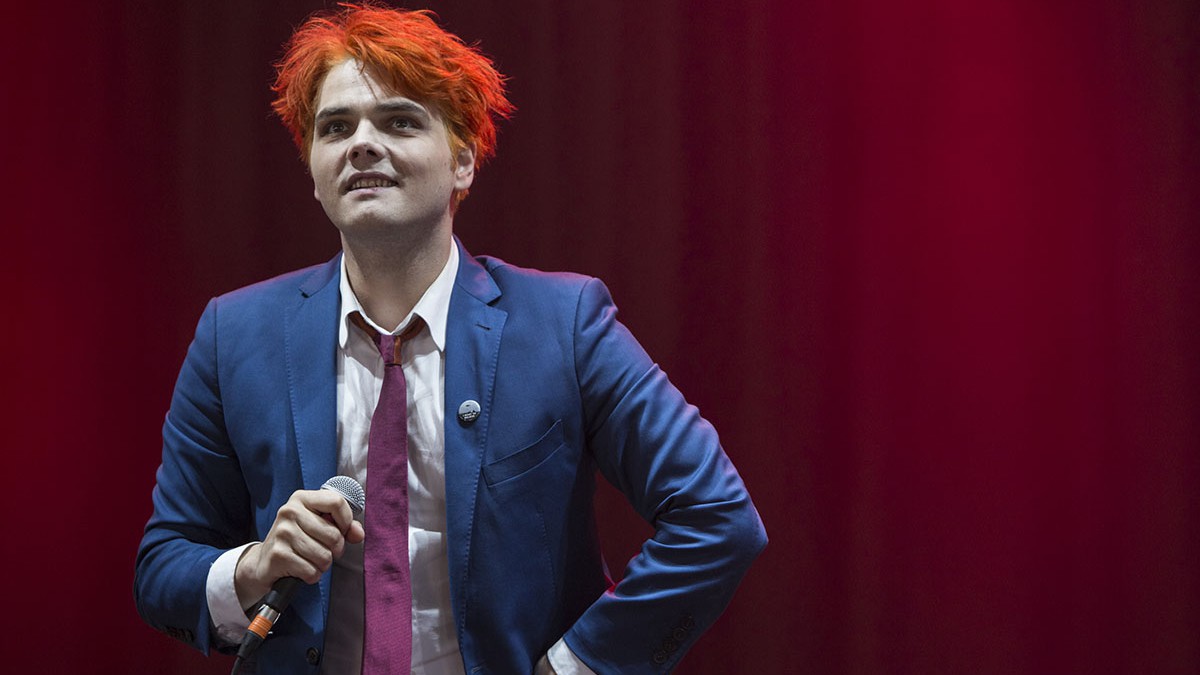 As the former lead singer for the screamingly theatrical emo-rock outfit My Chemical Romance, Gerard Way appeared to have burned out on arena-filling grandiosity in the wake of his band’s low-key breakup in 2013. It seemed as if he might settle into an early retirement as a family man and comic-book writer. Not a bad fate, surely, but it’s nice to see him take a different route. On his solo debut Hesitant Alien, Way has reemerged in scaled-down but still potently charismatic form, displaying surprisingly grown-up (but not too grown-up) maturity on a punchy set of delectably sugary alt-rock throwbacks. But while Way has traded in The Wall for the quick fix of spiky Superchunk choruses, he hasn’t lost the magnetic glam-rock swagger that made him one of the more indelible frontmen of ’00s mainstream rock. Way still has style to burn on Hesitant Alien, but it burns at a more sustainable temperature.

As my colleague Ian Cohen so aptly put it, the new Aphex Twin LP Syro is like the EDM version of My Bloody Valentine’s 2013 comeback record, m b v. The comparison works not only because of the 13-year break since the last Aphex Twin album, 2001’s Drukqs, but also because of how comfortably the enigmatic auteur in question has reclaimed his lane. No matter that this music has gone from the fringes to the mainstream in Richard James’s absence. On Syro, he manages to sound both poppy and like himself at every turn.

I agree with the jury that pairing hip-hop’s great hope with an Isley Brothers sample feels a little safe, if not downright disappointing. But while I’m not crazy about how this song starts, I do like how it finishes, when it suddenly transitions from “That Lady” to the wilderness of On the Corner. Lamar has been commiserating with Flying Lotus lately — his feature track on FlyLo’s forthcoming You’re Dead!, “Never Catch Me,” slays “i,” and apparently there are“12 or 13” other similarly themed tracks that may or may not appear on a future Kendrick record. Here’s hoping he chooses the weirder, more exploratory path going forward.

This Canadian national treasure turned 80 last Sunday, and two days later he put out his 12th studio album, Popular Problems. As Cohen has aged, he’s gotten more prolific (this is his second album in the past two years, after an eight-year break post-2004’s Dear Heather) and his wit has grown sharper and more meta. On Problems’s first single, “Almost Like the Blues,” Cohen drolly equated genocide and warfare with “all my bad reviews.” On the album-opening “Slow,” he comments on his own aged pokiness over a bluesy vamp: “I’m slowin’ down the tune / I never liked it fast … It’s not because I’m old / it’s not the life I’ve led / I’ve always liked it slow, that’s why my mama said.”

This pioneering industrial metal act returns October 7 with A World Lit Only by Fire, its first full-length release since 2001. After priming the pump this summer with the Decline & Fall EP, Justin Broadrick and GC Green embrace the sprawl on “New Dark Ages,” juxtaposing brutalizing mechanized rhythms with slowly descending (and subtly melodic) guitar riffage. Typical Godflesh, in other words, though “New Dark Ages” shows that Broadrick and Green are still masters of the form.

Even when Canadians are pissed off, they’re still nice enough to make their vitriol funny. At least that’s true of the quip-heavy punk band Single Mothers and their new album, Negative Qualities, due out October 7. On “Marbles,” singer Drew Thomson takes aim at an easy target – the hipster aesthete lording his good, boring taste in first editions and typewriter ribbons over innocent bystanders — and then puts himself in the line of friendly fire. “I’m so self-aware, it’s crippling,” he screams, though the caterwauling music is anything but disabled.

Bowles is a multi-instrumentalist currently playing drums for the brilliant guitarist Steve Gunn. On his own albums, like the forthcoming Nansemond, he picks mainly on banjo, though the album wanders from bluegrass toward a highly cinematic form of prairie psychedelia. On the evocative “Chuckatuck,” the song takes a sudden turn from the back porch to the stratosphere with an extended electric guitar solo. It’s as if Bowles is directing a Terrence Malick film with just a handful of strings at his disposal.

JEFF The Brotherhood, “Come in Alone” (My Bloody Valentine cover)

I’ll be in Nashville this weekend, and if I run into hometown boys JEFF The Brotherhood while I’m there, the first round is on me.

The Good, the Bad, and the Denzel: Washington Does Cool Justice in ‘The Equalizer,’ While ‘The Guest’ Is a Smartly Stupid Thriller