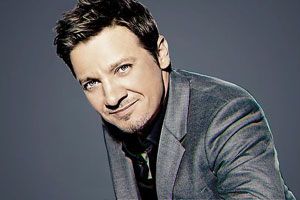 Things I wanted from SNL this past week: Bobby Moynihan’s Guy Fieri responding to the scathing Pete Wells New York Times review (why on earth did they cut it?); Adam Levine parodying his American Horror Story role; Jeremy Renner somehow addressing his appearance in the strange Bravo docudrama “The It Factor,” or maybe addressing his dual life as an action hero and house-flipping hobbyist. What I got: sort of a stinker, to be honest. I was stupid. I forgot to e-mail the producers saying “Make me the show I want, please” and FedEx them a bucket of lobsters and champagne. I’m sorry, everyone. It’s all my fault. Renner is a great actor, but his silly side remains elusive even after his hosting gig. Does he have one? Was he just not afforded the chance to show it? What’s going to happen in Israel? What could newborn babies possibly have nightmares about? Why does Adam Levine do that thing with his tongue? Does he think it’s really cute? Is it cute? It’s these important questions that keep me up all night, every night.

I guess I’ll just have to eat these lobsters all by myself and settle into bed with Fifty Shades of Petraeus. The opener wasn’t too terrible: Paula Broadwell (Cecily Strong, who also went on to play Jill Kelley in a later sketch) reading selections from All In on C-SPAN’s Booknotes at Politics & Prose. Drily segueing from bunker segments to the bedroom, she scandalized her buttoned-up audience with dialogue between her and the general (“Too dirty? No, you’re just the right amount of dirty”) and propositions involving a nude-but-accessorizing Jill Kelley and her twin sister, or perhaps a Louise Brooks–style wig, in pink. Fred Armisen was the only one left in his seat, grinning, when C-SPAN cut away “because it has become uncomfortable.” The C-SPAN zombified announcer also delivered the “Live from New York, it’s Saturday Night!” Not that this has ever happened before, but I still feel I can claim that it’s never good when that happens.

Renner seemed nervous in his monologue, especially when (and who can blame him? I spied a face palm in the background) he was left without audio on his piano for a moment or two before performing some of the theme songs he’d written for his movies. The best of these was for The Bourne Legacy, for which he adapted “Use Somebody”: “I’ve been running around / Trying to take down the CIA,” “You know I’m gonna shoot somebody, someone like you.” Renner’s got a good singing voice, and admitted that, you know, he isn’t known for comedy. Even still, this monologue had a weird vibe, like when you find yourself in the mall 15 minutes before it closes and you’re wandering around trying to figure out what you need so you can leave, but no store has it. Even Nordstrom. Renner giggled uncomfortably a few times and I wondered if I was parked on A4 or C4.

One of my favorite moments from the night was the “Your Childhood Home” commercial. I have been loving Taran Killam this season, and he was great at selling the hometown blues of staring into Mom and Pop’s “deepest TV ever sold” and checking out the new and old Kmarts. This topic is so ripe during the holidays (see also: Episode 6 of Girls) that there was really no going wrong here. The most important touch points were addressed: driving around listening to the only CD in Mom’s car (Carrie Underwood); finding exotic destinations for smoking weed, like Matt’s hot tub; going to visit your old high school teachers and then thinking “Why would I do this?” and booting it back to the safety of your parent’s sofa and their Showtime subscription. I still live a few 101 exits from my high school and I am particularly tender about these sorts of things. I guess it was for me what “Sad Mouse” was to other people.

Speaking of the 101, I am reluctant to admit that the bloom is off the bougainvillea for “The Californians,” but I really don’t want this sketch to pull a Gilly and I’m getting nervous. As soon as Rancho Cucamonga was mentioned, Armisen went off the rails into a laughing fit that lasted the entire sketch. Renner played Armisen’s lawyer, parking his bum in the sequoia seating arrangement and delivering news of Armisen’s illegitimate son, born to a woman named September whom he met at an Eagles concert (the baby comes complete with “Californians” signature blond bangs and sunglasses on his head). Renner didn’t blow any minds as a California dude, but I can’t rilly fault him on this one, you know what I mean, brah? Kenan Thompson is still my favorite Californian, especially when he’s forking Thanksgiving vittles into his mouth and delivering barely decipherable lines like “What a message for the world, compadre.”

Renner played the self-appointed mayor of Tampa, “Fat Deuce” Derek, in the next sketch, a Situation Room installment with Jason Sudeikis’s Wolf Blitzer. While the same footage of Jill Kelley (Strong) walking to her car played over and over (a joke that wrote itself), Renner did his best with very little: “Sup homey, where you at?” he asked Wolf, who replied “I’m in the Situation Room.” On Kelley, Fat Deuce opined that “she fun” and that … was sort of it. However, I really dug Tim Robinson’s reenactment of the Kelley car walk — it seems as though that joke could have been somehow expanded. A joke that was expanded upon such that it became one of those submersible sponge toys that becomes 600 percent its size was “The Stand Off,” a Digital Short in the Post–Digital Short Age that featured Renner, Killam, and Moynihan in a three-way, two-handed gun standoff that began in a parking structure and traveled all over creation (Renner’s daughter’s dance class, showering, urinals, ice skating, bed). The best moments were when they all sat down for Thanksgiving dinner (Grandma: great reaction shot) and when they ran into Adam Levine in the park (“Hey, that was Adam Levine”), but fewer moments in general may have served this sketch well. It was loooooong.

Maroon 5 took the stage next, wearing matching orange outfits and getting yodelly with “One More Night.” I will be the first to admit that I have cried at an ATM checking my balance while “She Will Be Loved” played on the 7-Eleven radio: I worked at the mall. The charm of Maroon 5 is not lost on me. At the same time, I found their performances to be lacking the sort of juice I look for in an SNL musical act — maybe I was destroyed by enjoying Rihanna too much last week? I wanted for fractals? I don’t know. Minds were not blown. I found myself looking into the caramel corn I was eating at the time and considering it closely, humming other things, and generally vacating my brain space for greener pastures (also: no Wiz Khalifa, who is my dream date — I wanted “Payphone”! I was Veruca Salting this whole episode).

Luckily, “Weekend Update” was on point, and not just because governor and Springsteen fan Chris Christie stopped by to discuss his stinky fleece. From early digs at Petraeus (“The government launched a sexy new reboot of You’ve Got Mail”) to a later winners/losers routine that delivered a more thorough unpacking (reading All In is like “reading Batman right up until his parents were killed”; of course Florida is involved: “sex scandals are like Jewish New Yorkers, eventually they all make their way to Florida”), the “Update” writing this week was great. Jay Pharoah’s Katt Williams was on point too, blaming his recent meltdown on being a tiny paranoid person (“This is a pimp bein’ short,” “I call Cee Lo Green to help me get things off shelves”). Chris Christie seemed so psyched to be on SNL that he won me over even before he quoted “Atlantic City”: The fleece is basically fused to his skin at this point, and he’s “gonna die in this fleece.” Not on my watch, bub. Come back and fleece off with Moynihan’s Christie anytime.

Things went downhill from “Update,” unfortunately. An Avengers sketch halfheartedly spoofed Renner’s Hawkeye — he used up his 11 arrows, and pulling them out of his victims and recycling them would have been unsanitary — and seemed to flail even as Hulk (Moynihan) used a mannequin stand-in for Renner to thwack at the enemy. I liked the idea that bows and arrows are the Diet Coke of superpowers, but not only did Renner have nothing to do, all that time in makeup and wardrobe (looking good as Black Widow, McKinnon!) was totally wasted here. The next sketch, “Thug #2,” was no better. Maybe it was worse. I’m not even sure anymore. Renner played the straight man on set during a movie scene with Dick Fuel (real name Dick Juice, played by Sudeikis), an actor portraying a thug (or maybe a thug in SAG playing a thug) and every director’s nightmare. Sudeikis got all the goods in this one (but of course the goods were pretty odd — Dick doesn’t read, vote, or use condoms, and he stops Renner from slapping him as per the script because he “thought it was claymation”), leaving Renner to deliver one line of dialogue over and over until he finally gave up and walked offstage. Renner absolutely dissolved into the background of this scene, which is too bad.

Maroon 5’s next set, “Daylight,” was exactly like the first one, but everyone was wearing gray. Call up Maroon 5 inspiration Prince on the phone (I hear he doesn’t like e-mails, and ask him if he would have pushed his button for this. I’m honestly curious.

Next was a “Midnight Snack,” a throwback to the “TV Funhouse” days, featuring drones (but not just any drones, Cool Drones) who wear frowny faces and moonlight as a boy band (look for them on the cover of Tiger Beat). Luke “has an attitude” and Bo is “the one with style,” but obviously Harry was my favorite because of familiar associations and his little goatee (I support this look only for teenage drones). This was a better sketch than the two preceding it, but I kind of expected more (leaving a concert to fire at a goat?) because the premise was so good. The premise was not so good for the show’s closer, “Identifying the Body,” the lines of which everybody flubbed, but Hader was great at casually molesting the corpse of a man presumed to be Renner’s dead brother. Renner’s guesses as to the body’s identity (Steven Tyler, Yao Ming, “Is it two people?”) were sort of chuckle-inducing, but on the heels of a lackluster show, it seemed like bedtime even when the body sprang back to life (Hader: “He said he was dead!”).

Good thing it’s vacation time! See you on December 8 with Jamie Foxx (promoting Django Unchained) and Ne-Yo. Foxx last hosted in 2000, with Blink-182. Fun fact: If you listen to “What’s My Age Again?” you are automatically transported directly into the “Your Childhood Home” sketch. Don’t forget your Ziploc bags of lasagna at the airport.