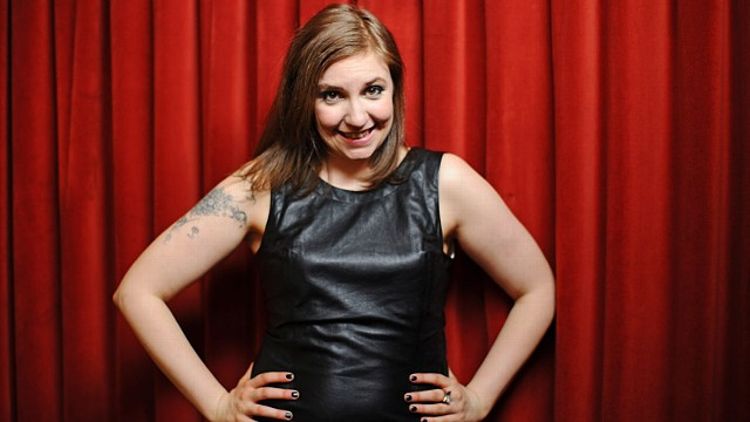 Since SNL announced that it will occasionally be crowd-sourcing host and musical guest suggestions — and since the first Host of the People (if you don’t count the Betty White campaign), Louis CK, had such a good turn — I’ve been brainstorming my short list of candidates for 2013. Jamie Foxx will host next week with Ne-Yo, and Martin Short and Paul McCartney are up on the 15th; after that, it’s up to America (well, sometimes). And I don’t trust America. America is too hung up on ska right now, and I see a lone wolf in the pack of commenters calling out for Eric Dane to host. What if that person has a high Klout score? I’m afraid of Americans. I’m afraid of the world. Trust no one. Except me. Trust me. Here is my SNL host/musical guest omakase:

1. Lena Dunham and/or Adam Driver
I predict this happens soon. You already know how I feel about Girls, and you know how I feel about Adam Sackler (you guys, he peed on her in the shower! And laughed!), but I’m willing to put all of that aside in order to see “The New Yorkers.” It’s time to hop on the Metro North and take it all the way to Dover Plains, man! Here, take a bite of my Momofuku crack pie on your way to the Borwrerrery Bahhhhhr.

2. Mae Whitman
Despite the ooky, jangly music (bum-bum-bum-BUMMM) that interrupts my secret pleasure-buzz during every episode of Parenthood, I want it to be renewed because there’s just something about it that’s compulsively watchable. Parenthood, like parenthood, doesn’t even pretend to be cool or fresh — it’s like a dinner of Ikea meatballs, cheap but nutritious, very salty and reminiscent of grandmothers — but Mae Whitman is fresh as all get out and she has another project to plug anyway. Mae Whitman could be Carly Rae Jepsen. She could be not impressed. A believable Demi Lovato, perhaps. Hell, she could be Benjamin Netanyahu, I don’t care. She’s a blank canvas and I want her to be painted with the drippy paints of a strange ten-to-one (the 12:50 sketch), or seated next to Drunk Uncle on Update.

3. Christian Bale
Maybe he’s not known for comedy, but did that stop Bruno Mars? That’s a very fine sketch you’re not writing. No, Lorne, let me finish!: there are so many possibilities, if only the man was willing to get silly. I suppose that’s a big if, but I’ll gamble.

4. Mo’Nique
With no upcoming projects to pitch, this one’s unlikely, but I kind of think SNL owes it to her. I’m also still not sure why the caged bird laughs, and I remain curious. Mo’Nique is the kind of person who seems like she’d be game for a digital short (lowercase to denote the new era), and I think she’d be a better Cee Lo than Kenan. Stick Nasim Pedrad in there as Christina Aguilera and we’re cooking with fire.

5. Key and Peele
Maybe it’s time for an Obama-Off. Keegan Michael Key and Jordan Peele, Mad TV alumni, would kill it on SNL — I mean, they’re killing it SNL-style already, why not shake hands and conflate? The third season of Key & Peele was just announced, Obama’s reportedly a fan, and I don’t believe in genre redundancy, so let’s go!

6. Danny McBride
Kenny Powers, obviously, needs to hype his role in As I Lay Dying (come to think of it, Kenny Powers and Faulkner have a lot in common — time-collapsing literary devices, a stubborn and manic work ethic, a certain charming bombast, alcoholism), and selfishly, I really miss McBride’s majestic mullet and its comedic possibilities. It would be great to see him reunite with Shane (Sudeikis), considering the circumstances under which they parted.

7. Phonte
Phonte’s been lying low for a while, but it appears as though he may be a fan of “What Up With That?” and that’s good enough reason for me to recommend him as a musical guest. Maybe Little Brother can reconcile and release a mixtape for the occasion. Look, it’s almost Christmas. I can ask for anything I want.

8. Grizzly Bear
The New York Magazine piece about Grizzly Bear’s scarce finances made me sad, even though I often mourn the loss of Dirpy (not that I ever used it, Mr. Law, with your sneaky, internet-reading eyes). I bet the band gets free booze at the SNL after-party. Maybe some vittles. Maybe a wee canapé to take home and eat with some Trader Joe’s bargain cream cheese before retiring to a worn-out scrap of carpet on the floor to call a bed.

9. Pete Doherty and Cat Marnell
I’m not sure either one is free on a Saturday night, but assuming they are, the beauty blogger/addict and her idol would make for a pretty exciting double bill. Better have Jon Hamm on lockdown as backup just in case, but Cat could probably nail a Lindsay Lohan impression, and Pete Doherty has been nursing his voice back to health with a breakfast of bananas. Invite Riff Raff to special guest on a really scary digital short involving snakes, rabies, Marc Jacobs, and Satan. Get a cleaning crew in advance for the dressing rooms.

10. Randy Marsh
We live in a world where anything is possible. We can make warp drives. We can live to be a thousand (uhh, theoretically — we just have to stop our cells from dying, says a sage man in a beard). We can breed ourselves into avatars. Why can’t a cartoon character who once nuked his testicles for weed host Saturday Night Live? Think bigger and examine your priorities. We don’t really need a warp drive.