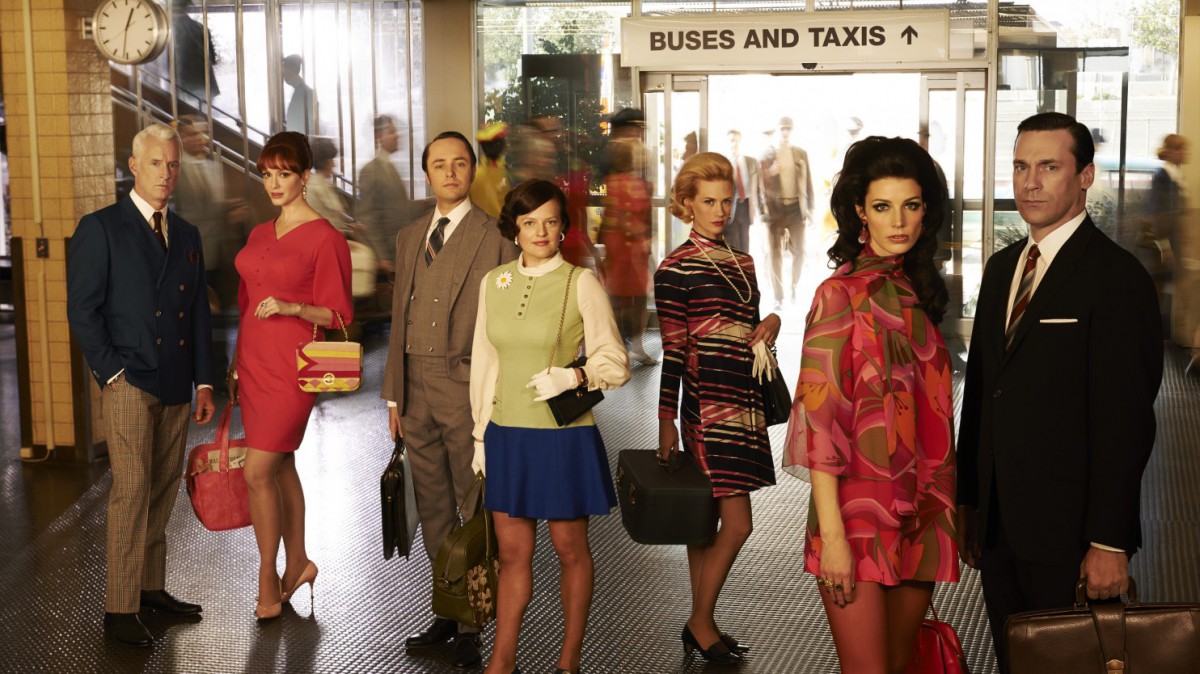 Two trailers for Part 2 of Mad Men’s seventh and final season dropped in the past week. One, titled “The Party’s Over,” premiered online, and its music cue created the biggest fan debate in Mad Men circles since the whole “Will Megan get murdered?” thing (spoiler alert: NO!). The spot is soundtracked with Diana Ross’s “Love Hangover,” the song that marked Miss Ross’s transition from ’60s soul chanteuse to ’70s disco diva. “Love Hangover” is emblematic of the louche, sleazy ’70s, when peace and love turned into “sex and drugs” after the idealistic sociopolitical mission of the earlier decade was deemed an abject failure. There’s just one problem: The song came out in 1976. Does that mean Mad Men is doing a time jump to 1976? Or was “Love Hangover” chosen because it’s just so very ’70s? One thing is certain: It instantly transports you to that decade and the accompanying mind-set, while also doubling as a statement on the end of the prior one. The first part of Season 7 was an end-of-the-’60s cliffhanger. Every single character on Mad Men is headed for a lengthy emotional (and literal) hangover after the Summer of Love years.

Whatever year of the ’70s it might be, it’s definitely the ’70s, as signified by the appearance of HUGE SIDEBURNS on Roger Sterling. While Stan has been growing his out for a while, it seems the end of Mad Men will be a majestic Sideburns-Off between all the major male players — except for Don, who is still apparently keeping his short, probably because he doesn’t want to emasculate everyone with how magnificent his sideburns would be. The other major sign of the ’70s is Megan Draper wearing BELL-BOTTOMS with a belly chain, which, of course she is. Betty Hofstadt Draper Francis is lovely in a floral chiffon maxi dress, while Sally Draper is getting into Virgin Suicides territory with a blue puff-sleeve rickrack trimmed thing. Peggy is wearing some kind of flapper throwback number, a vast improvement on usual Peggy fare, and it earns her a lecherous gaze from one Pete Campbell, hairline on fleek. Costume designer Janie Bryant always outdoes herself, but I can’t wait to see what she does with the ’70s fashion. The dreamy narcotic ’70s vibe is amplified with some bubbles-blowing by Betty and nearly all the shots taking place outside in green, sunlit spaces. The spot ends with Don smoking alone. ALWAYS ALONE, IN THE END. Or will he be? Will Don Draper end up like Tony Soprano, forever chasing it, whether “it” be pussy or greatness or onion rings? Will he end up like Walter White, accidentally like a martyr? Or is there a third way to be?

Another Mad Men ad, called “Nostalgia,” played during the Oscars, using clips from some of Mad Men’s most emotional moments to remind you that it’s better than most Oscar-nominated movies. It also subtly digs at movies with the reminder that what a show like Mad Men gives you is sustained novelistic emotional breadth. Not only do you feel you know the characters as well as you know your friends, you’ve also watched them evolve over a compressed decade’s worth of time. The “Nostalgia” spot brought the whole series back home to the Kodak Carousel episode “The Wheel,” the Season 1 finale that cemented the show as an instant classic. Thinking about the run of Mad Men is thinking about the last eight years of your life, a time during which you presumably also changed and grew (and possibly grew or shaved sideburns). Contemplating the end of the show is a little bit like contemplating your mortality. If there’s a remedy, I’ll run from it.

Second Banana Round 3 Recap: Costanza, Mustard, and the Limits of Control