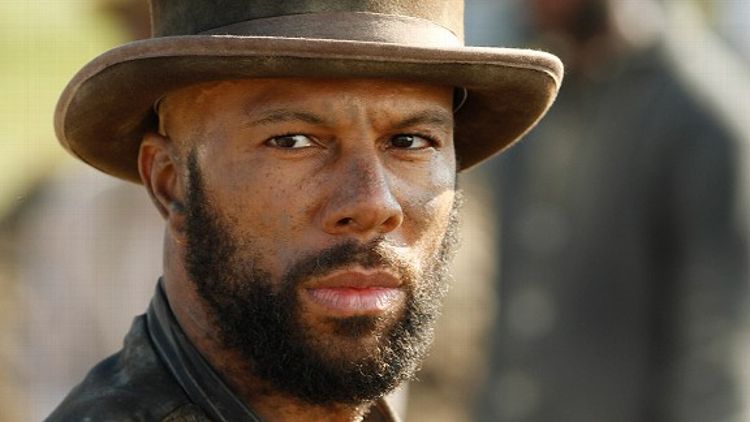 Is AMC’s Hell On Wheels worth the time? It’s not called Mad Men or Breaking Bad, so probably not, but I’ll let you be the judge …

You know when a new semester of school starts and your teacher sends out an email a few weeks prior saying, “Hey students, attached are some readings to do in preparation for the first lecture. This is a fast-paced class with limited time to be spent on explaining terms that should already be known. It is imperative that you come to class prepared. Your grade depends on it.”

You know when you get that email, but you’re finishing out your vacation in Cabo, so you laugh, delete it, throw your laptop in the Gulf of Mexico, and continue on with your game of flip cup?

That’s what I felt like after watching the first episode. It felt like Episode 6 of the second season, but in actuality it was just the pilot. It seemed as if everyone was telling secrets and referencing things that I should already know.

What I could gather is that there are four somehow-related plotlines:

Main character (Cullen Bohannon) is an ex-confederate soldier. He’s mad. About something. Seems to be related to the whole “Civil War” thing.

2nd character (Thomas Durant) is a railroad owner who is using government funds to pay himself to build more railroads. Seems illegal.

4th character (Elam) is played by Common. He’s an ex-slave with a crispy beard.

At the end of the episode, Cullen is talking to a man and is about to learn the truth about how his wife was killed, when Elam sneak attacks the man and slices his neck.

I have no idea what’s going on. Usually when I’m this confused, I operate under the premise “Fool me once, shame on me. Fool me twice, shame on you.” Because of this, I will give the show one final try, before I shelve it forever and instead re-watch Ken Burns’ The Civil War for a 9th time.

:50: Dead people strewn all over the field. It was so easy to die back then, my goodness. Like, you were always dying.

1:18: Guy taking pictures of dead bodies in the fields is a Chicago Tribune reporter. Too. Soon.

2:18: A guy is going around, collecting arrows and sticking them in dead bodies, as to make the scene more gruesome. Very misleading. It’s like airbrushing out cellulite, but less misleading.

9:45: Cullen just tried to fight 2 of the Swede’s men. But lost. Got guns drawn on him and is about to get beat down. SO RIGGINS.

11:05: We leave a locked up Cullen Riggins to find Lily wandering out looking ROUGH.

11:22: Wow. She stays getting followed by Native Americans. I’m giving her 10 more minutes to live.

13:41: Good. I was worried they weren’t going to give the Native Americans any speaking lines. That a girl, AMC.

15:45: Cullen and Elam’s relationship is exactly like Riggins and Smash. If the makers of Hell on Wheels don’t acknowledge this, they are cowards. #TexasForever

17:01: At what point in history did people stop walking so deliberately? New Deal? I swear every character pauses for eight seconds before each step. The process of heel of boot to toe of boot touching the ground takes a solid four seconds.

22:00: I’m about a minute away from just listening to this show, seeing as that nothing visually is taking place worth noting. This show is flirting with being bad.

23:50: Reconstruction Riggins just escaped. But it’s the middle of the day. Good thing the world is in Sepia, so blending in shouldn’t be hard.

26:34: Back to Lily. Apparently her way of hiding is falling asleep next to a log. Real smart, Lily. Anyway, she’s up. I can’t believe she’s not dead yet.

27:32: Disregard what I just said — Lily is the best character on the show. She is currently stitching herself up with threads from her dress. So real. So resourceful. So America.

32:55: They haven’t even played a snippet of a Common song yet. Seems rude. Poorly drawn-out contract on Lonnie’s part, if you ask me.

34:12: Back to the white-lady hunt. Jesus Native swooped in and saved her, just in time. Yay, Jesus Native.

36:36: Cullen vs. Durant showdown. I think this is going to be exciting, but I haven’t the slightest clue what they are about to discuss.

Durant: I suppose you’re here to tell me you’re innocent.
Cullen: Naw sir, I’m here to ask for his job.
Durant: How do you put your trousers on, sir?
Cullen: Sir?
Durant: Over those big balls of yours.

38:12: Wait, this whole show is about building railroads? The Railroad Wars? I didn’t see this coming.

Cullen: You remember the Baltimore-Ohio Bridge over the Montequesa River?
Durant: I built that bridge before the war.
Cullen: I blew the whole thing up using half a keg of black powder. But I’m done destroying things, Mr. Durant.

39:03: Cullen just went from the next victim of a hanging to an employee of Durant. He went from off the team to proving himself to more on the team than ever. If you thought my Riggins comparisons were a stretch before, I hope you now see the light.

I’m not going to come out and say “Please, I beg of you, do not watch this show.” Personally, I’m not going to watch it, because I care about how I spend my free time and usually don’t choose to subject myself to bad things when I could be enjoying good things. But that’s probably just me being selfish and not having an open mind for things that are a struggle to sit through. There are many people who I would recommend this show to, but it’s only fair to note that these individuals are people I don’t like/am attempting to prank.

Outside of that, five stars. Five burned-out, dimly-lit, vacuous stars.