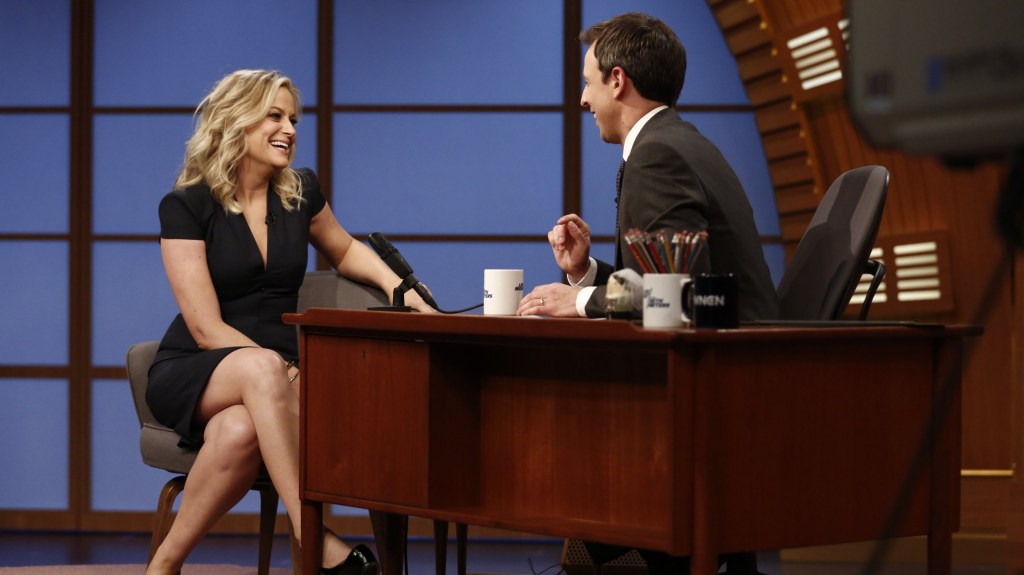 Monday night marked Seth Meyers’s debut episode of Late Night, notable for the on-camera presence of three great Saturday Night Live alums and the absence of anything resembling a New York City skyline behind Meyers’s desk. Amy Poehler was guest no. 1, and even if there had been zero actual talking points, it would’ve been a tweet-worthy appearance simply for the comfortably delicious banter. But Poehler did in fact have some bits to run through, like surrendering in the prank war against George Clooney (“He is the master prankster, and I wanna say something to George Clooney that no woman has ever said to him, which is: George, please stop”); announcing a second season of Comedy Central’s Broad City, which she produces; and creating an awkward moment with bandleader (!!) Fred Armisen.

If a single-video catch-up doesn’t satisfy the curiosity of late-night completists who also happen to be sleepyheads unable to ascend Mount 12:30 a.m., NBC is streaming the whole episode; Vice President Joe Biden was also a guest. And what the heck, one more Poehler clip never hurt anyone:

Hollywood Prospectus Podcast: ‘True Detective,’ ‘The Americans,’ and ‘Guardians of the Galaxy’