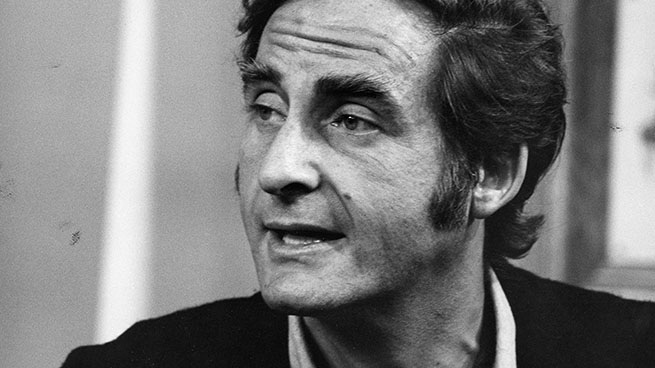 Sid Caesar died at his home Wednesday at the age of 91. By all accounts, he was one of television’s earliest icons and an enormous influence on the future of TV comedy. “Mr. Caesar largely faded from the public eye in his middle years as he struggled with crippling self-doubt and addiction to alcohol and pills. But from 1950 to 1954, he and his co-stars on the live 90-minute comedy-variety extravaganza Your Show of Shows dominated the Saturday night viewing habits of millions of Americans,” the New York Times writes. “In New York, a group of Broadway theater owners tried to persuade NBC to switch the show to the middle of the week because, they said, it was ruining their Saturday business.” Caesar was married to his wife, Florence, for nearly seven decades before her death in 2010.

Ohhhhhhh, sweet Francis J. Underwood, there are three new House of Cards promos to keep us alive until Netflix drops Season 2 on Friday. Here’s one clip, and here are the other two.

These Olympics are quite the hard-core Tinder hot spot, apparently.

David Fincher will direct and executive produce an adaptation of the British series Utopia for HBO. Gone Girl author Gillian Flynn will write the script. It’s about a shadowy graphic novel’s fan base discovering “that the author has secretly written a sequel,” resulting in a quest.

Darren Aronofsky’s original, un-screen-tested cut of Noah will be the one that hits theaters next month.

How rad is it going to be when Transcendence goes from looking like a TED Talk to a Dark Knight movie?

Kanye will stop by Late Night With Seth Meyers’s premiere week, showing up on February 25.

Michelle Fairley (Catelyn Stark on Game of Thrones) is doing the 24: Live Another Day miniseries.

So … nobody wanted to buy any album more than Now 49 this week. It sold 98,000 copies. Ninety-frigging-eight thousand copies. Of a CD with a 49 in its title. OK.

What? There is an “Achy Breaky Heart” sequel? [via]

Further mysteries: “XBox Developing 1990s Music Series Based On Rapper Nas’ Life.” (Not because a show about Nas wouldn’t be cool/interesting. But Xbox makes shows/wants to make shows?)

Cristin Milioti (Broadway’s Once, the mother on How I Met Your Mother) is doing the NBC pilot A to Z, produced by Rashida Jones.

A day since we learned Nathan Fielder was responsible for Dumb Starbucks, Comedy Central has made all of Nathan for You free online. Nice timing, people.

Do You Like Prince Movies? Podcast: 'The Lego Movie' and 'True Detective'

The Tupac Biopic Is Back on With John Singleton