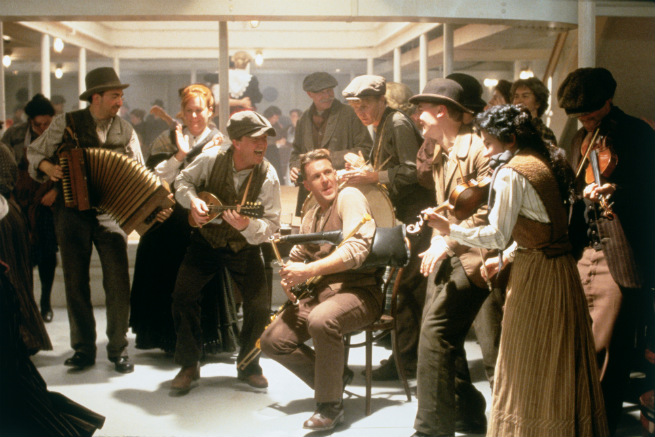 OK, I am apparently just now getting to this developing news story, so please bear with me while I express my fresh horror and delight upon learning that Australian Parliament member/mining tycoon Clive Palmer is planning the construction and voyage of an exact replica of the RMS Titanic, just in time for kids who were in junior high when the Cameron-DiCaprio-Winslet love epic of our generation to have disposable incomes and shell out a grand or two for a genuine doomed transatlantic experience. The project was first announced a little less than a year ago, but this week an update comes to us courtesy News.com.au in which Palmer addresses what could be seen as a potential hiccup in ticket sales for the as-yet-unfinished Titanic II.

The billionaire MP has a minor problem with how to lure paying passengers into the infamous steerage section of the famous liner. But the former real estate salesman didn’t make his fortune without knowing a thing or two about marketing. “Roughing it on the Titanic” might be his sales pitch as he attempts to fill hundreds of third class cabins on the ship’s maiden commercial voyage from Southampton to New York in 2017.

It’s like a floating Ren Faire with communal showers and mandatory nighttime jig seshes! Palmer isn’t messing around: He’s selling the Titanic II as an experiential vacation for history buffs and Leo stans alike. Which means there will be bouillabaisse in first class and potato stew in steerage. Squash courts for first class and whack-a-rat in steerage. “We might offer to recreate the experience of those hopeful immigrants to America,” Palmer hints — “with an adventure holiday component which stresses the pain will last only five or six days,” News.co.au adds. All the original rules and regulations of the 1912 voyage will be observed. You know what that means!

Those rules also require the third class passengers to be deloused when they get to New York.

“And they will be deloused,” Mr Palmer said.

'Magic: The Gathering: The Movie'