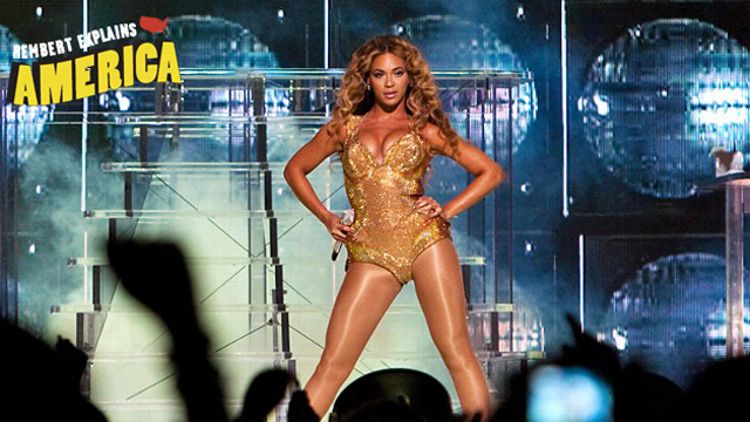 Calling the Essence Music Festival, held in New Orleans, my “little secret” feels ridiculous. It’s a massively attended four-day event that turns hotel lobbies, French Quarter streets, and the behemoth that is the Superdome into vibrant spaces filled to capacity.

But in comparison to other festivals, like a Coachella or a Bonnaroo or a Lollapalooza, it flies under the radar. More often than not, it’s absent from “summer music festival guides” as if it doesn’t exist. This is a reckless oversight and something that has nothing to do with the lineup.

Over the years, I’ve begun to feel ownership of the festival (sponsored by a magazine with which I am not affiliated). So the lack of coverage and overall concern has inspired some bitterness. But once there, the feeling quickly subsides.

Because Essence has become my ungentrified neighborhood. I’m prideful about it. I want everyone to respect it. But I’m fearful that too much buzz will create an influx that could negatively and irreversibly alter the makeup of the event.

And like those increasingly rare, untouched pockets of cities, Essence is the place people know of but will never visit. Are interested in, but have no issue settling for hearsay about. Quick to say, “I’ve got to get down there” while fully aware that that will never happen.

But why? What could it be?

Perhaps this headline, from 2011, will shed some light:

Four. Hundred. Thousand. And I’m pretty sure 162 percent were black.

For the majority of Americans, regardless of race, this is not a comforting figure. Throw in New Orleans, alcohol, an oft-religious lean, and 90-degree weather, and that sentiment only intensifies.

I guess what I’m trying to say is that Essence is very black. So black. So black, it’s post-urban. I’m talking 2008 Inauguration-black. And by all that I mean, to many, worringly and uncomfortably black.

Unfortunately, it’s the only way to justify Essence’s place, far from the mainstream radar. Because, again, it surely isn’t the lineup.

No, not India.Arie. Or Melba Moore. Not Evelyn “Champagne” King, either.

Yes, a reality of the festival is that it’s organized by a magazine aimed at black women, thus the crowd mirrors the readership. So the festival may be perceived as a “by us, for us” (BUFU) event, which I have to assume alienates Essence’s non-target audience. They may not feel “invited.”

But guess who doesn’t read Essence? I don’t. But I still go, and will continue to go. Because it’s amazing.

Having said all of that, Essence doesn’t need you (see, again, 400,000). If you’re reading this, chances are good that Essence is as familiar to you as Narnia. And, unfortunately, it probably always will be.

Because of that fact, here are 10 glorious moments of joy from the best music festival in America.

Seven of them are true.

• The two guys on the corner, one in all gold, the other in all blue, danced to a crowd of more than 100 billowing into the street, to T-Pain’s “Chopped N Screwed.” At a certain point, the word “screwed” played over and over as the two guys turned their hats upside-down and began asking for cash. Realizing the ploy, most within earshot started laughing and gave up a few dollars. When I returned to the corner hours later, the two were still there.

• The bus that drove around called “Club Wiggle Wiggle on Wheels,” blasting New Orleans bounce, often stopping at major intersections — even during green lights — until someone entered the street and danced to their music. They did this for three straight days.

• The three wonderfully middle-aged black women in town for Essence from London who were stunned that I did not know Mary J. Blige was a gay icon in the U.K. They went on to tell me every other thing about being black in London.

• The woman that I spoke with at the entrance of the Superdome who, while impressed by my Michelle Obama T-shirt, expressed feelings of concern about the shorts that sat above my knee. Her final comment: My outfit was not conducive to “hollering.” She planned the outfit she was wearing this year the day after Essence Festival 2012.

• The “supergroup” TGT (Tank, Ginuwine, Tyrese, or Tyrese, Ginuwine, Tank, depending on your allegiances to Baby Boy), after singing their own songs, defaulted to the ultimate Essence fallback: picking a popular nostalgic sing-along song. They went with Mary J. Blige’s “I’m Goin’ Down.” Or maybe it was the Rose Royce version. Either way, it didn’t matter, because after the first note the entire crowd sang every word, without the help of T or G or T.

• The roar of thunder on Sunday afternoon that had women scattering like cockroaches to protect the hairdos that needed to make it through the evening. The woman in front of me, running in heels to find an awning, yelled, “Black girl shuffle” before disappearing from view. Fifteen seconds later, the streets were empty.

• The time Maxwell, toward the end of his incredible two-hour set, became choked up upon seeing Al Sharpton singing along to his songs in the crowd. An hour earlier, he asked the crowd “How many of you watch Scandal?” Everyone responded.

• The time Beyoncé asked the packed Superdome to call her “Mrs. Carter” and then started staccato-speaking “Get Me Bodied” in her best Future impression. See you next year? Probably not.

Afternoon Links: Justin Bieber, the Urine Bucket, and the Cup