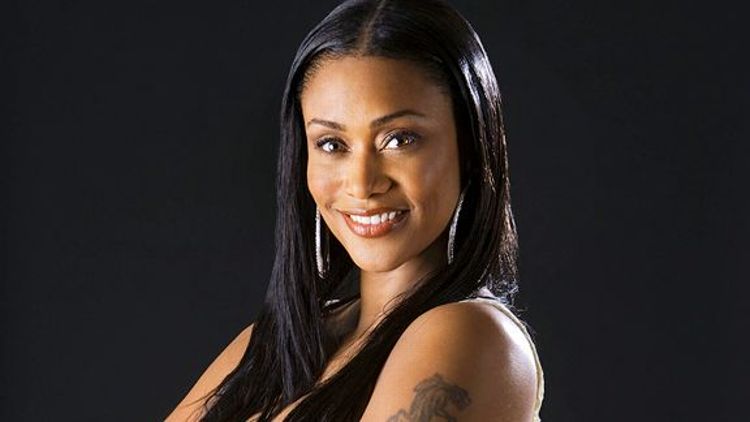 Week 4 of The Grantland Reality Television Fantasy League was the first in which all five of our shows were on the air, and the first time I rooted for someone to lose a limb to a crocodile. For the unfamiliar, the GRTFL is like fantasy football, except a little more complicated and way more shameful. You do not truly know embarrassment until you turn around in a coffee shop and see a group of attractive women giggling because you’re watching The Bachelorette on your laptop … and taking notes.

Debuting this week were Love In The Wild and Celebrity Rehab. Rehab challenges your preconceived notions of both celebrity and rehab. The show follows vaguely famous people as they attempt to overcome their extreme addictions with the help of the Michael Jordan of televised addiction treatment, Dr. Drew Pinsky. Dr. Drew is knowledgeable, calm, likable, and effective. If there were ever some kind apocalyptic catastrophe and Earth needed a unifying leader to govern all nations, Dr. Drew would be the perfect choice as Oprah’s second-in-command.

Love In The Wild brings together two staples of reality-TV casting: People dumb enough to live in the jungle, and people dumb enough to think they can find soul mates on television. The jury is still out on this show. I’m worried it will take itself too seriously and lack the trashy je ne sais quoi of predecessors Temptation Island and Paradise Hotel. You don’t score points in the GRTFL for finding true love.

Tami Roman (Basketball Wives, Lane): 35 points. Tami’s performance this week on The Basketball Wives was scary proof of the cyclical nature of the human condition. Watching her argue with her cousin Shauna (5 points for verbal fighting) about keeping her job as her singing daughter’s manager (20 points for plugging entrepreneurial venture) in the same episode in which she blamed her bad behavior on her parents (10 points) had the disorienting effect of looking into a mirror with another mirror behind you. There is no beginning and there is no end. In 2027, we’ll be watching Tami’s children throw drinks at their kids, then blaming it on Tami. We hope they’ll have 3-D television figured out by then.

Jasmine Reynaud (The Challenge: Rivals, Jacoby): 35 points. Jasmine had a coming-out party on The Challenge this week. She kicked things off with our first coitus of season (25 points), then followed it with a verbal fight with Theresa (5 points), complete with some chest bumping that would make Lou Piniella proud. Next she got into a verbal fight with Camilla (5 points) that led to a fascinating exchange with herself in front of a full-length mirror: Seeing her own reflection sent her into a rage, causing her to punch herself in the face, breaking the mirror. If Sigmund Freud were still with us, he’d have written a book on the psychological implications of such an act. He also probably would have hooked up with Amy Fisher on Celebrity Rehab while battling his 125-year cocaine addiction.

Tyrie Ballard (The Challenge: Rivals, Simmons): 25 points. Tyrie notched 25 coitus points for a sneaky off-camera dalliance with Jasmine. The veterans on this show are getting better at performing sex acts without being spotted by cameras. Back when they were rookies, they’d simply pull a blanket over their heads; now they climb up to the roof, or have silent rendezvous in restrooms. At this point, they are basically sex ninjas.

Michael Lohan (Celebrity Rehab, Connor): 20 points. When Dr. Drew prodded Michael into making the connection between his own substance-abuse problems and those of his daughter, Lindsay, he was moved to tears (20 points for male crying). He almost scored for blaming everything on his alcoholic father, but instead cited the pressures of working on Wall Street, a period during which he kept a bowl of cocaine on his coffee table. I am not a doctor but this sounds unhealthy. Cocaine is not clam chowder.

Evelyn Lozada (Basketball Wives, Connor): 20 points. This week Evelyn was LeBron James in the NBA Finals. She put up decent numbers early, netting 20 points for using the word “classy” (5 points), crying (5 points), and blaming her bad behavior on her father (10 points). But late in the game, when her team needed her most, just like LeBron, she inexplicably ceased to be the Evelyn Lozada we know. They held one of those “Let’s get together so we can fight, because this show would be unwatchable otherwise” meetings whose ostensible purpose was for Tami and Evelyn to hash out their differences. The stage was set for Evelyn to go H.A.M., but there was no name-calling, drink-throwing or even book-plugging. It was like watching Manny Pacquiao and Floyd Mayweather finally meet in the ring, only to hug, sit down, and play Connect Four instead of boxing.

Mickey (The Bachelorette, Lane): 15 points. The Bachelorette was almost interesting for five minutes this week. When the remaining bros vying for the heart of Ashley the Insanely Insecure Dancing Dentist learned that Bentley — who, like a dog before an earthquake, sensed danger and left the show weeks ago — had returned, there was almost a mutiny. For a moment, it seemed like the guys would walk off the set, storm the producer’s table, and demand that Ashley be replaced. Alas, it didn’t happen. But Mickey did threaten to leave (15 points) and the rest of the dudes simply went back to silently wishing for Ashley to be replaced.

Bill Simmons (The Right Reasons): Some suggestions for scoring for our next season:

David Jacoby (Blanket Coverage): Remember when the Miami Heat were 9-8 and called a players-only meeting? Well, after high expectations and low scoring, C.T. and Kenny of Blanket Coverage called one of their own this week. As the GM, I don’t know exactly what transpired behind those closed doors, but as they exited the room, I saw Paula Walnuts crying and sipping from a can of Four Loko, a naked Adam King threatening to sue anyone who made eye contact with him, and C.T. and Kenny both looking terrified they were the one who got Jasmine pregnant. Clearly this team is ready to turn it around.

Lane Brown (The Blurcle Jerks): We had a slow start this season, and I’m not sure I’ll ever forgive myself for trading away Jasmine Reynaud (AND 25 COITUS POINTS) to Jacoby last week for Mandi Moyer (my only consolation: Our rules give no points for assaulting inanimate objects). But things are looking up: Tami played like an all-star on Monday night. She can manage my singing career anytime. And between Lenny Dykstra’s much-hyped bid to spring Dwight Gooden, and Bai Ling’s upcoming escape to the roof (hinted at in the teaser for the next episode), the Blurcle Jerks look set to turn Celebrity Rehab into The Shawshank Redemption. Even my least favorite team member, Ames from The Bachelorette, finally did some tongue-kissing this week (it’s a good thing Ashley’s not on my team or I’d have lost points for charity work). Nice work, everybody.

Connor Schell (Who We Thought They Were): Evelyn Lozada is a FACTOR. She is on a point-scoring tear the likes of which this league has never seen. She has an unparalleled ability to fight, cry, and plug entrepreneurial ventures simultaneously. And after a spectacular Celebrity Rehab debut, Michael Lohan seems poised to put up big numbers as well. Meanwhile, poor Jay’s team’s score is embarrassingly, pathetically low. And he seems to care so deeply about the league that his negative numbers make me feel genuinely bad. So I traded him J.P., the likely winner of The Bachelorette and the almighty Evan from The Challenge to make him feel better. You’re welcome, Jay.