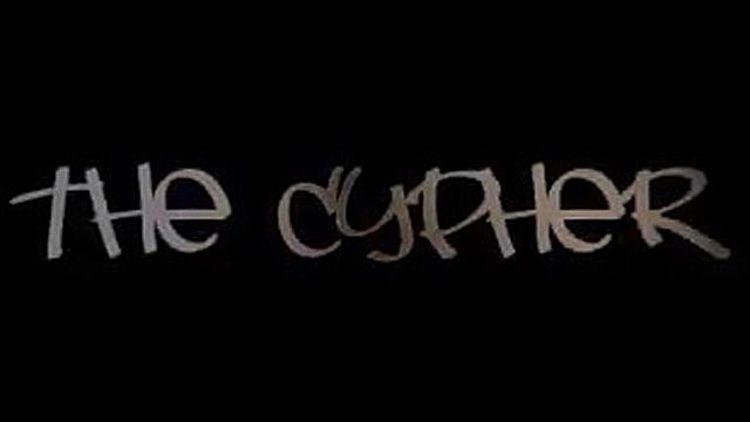 The eighth-annual BET Hip-Hop Awards took place on September 28 in Atlanta and aired last night. Not to be confused with the BET Awards, an event where performances take place and awards are handed out, the BET Hip-Hop Awards is the event where performances allegedly take place and awards may or may not be handed out, all as a backdrop for the ever-important “cyphers.”

These cyphers, like many a televised rap, were once thought to be freestyles, but now are fully understood to be written verses. Even still, they have been integral parts of the year in rap since the inaugural show in 2006. Since then, bubbling stars have made names for themselves, non-English verses have earned golf claps for their subtitled chutzpah, and bona fide cultural moments have taken place that have lived on until the following year’s show.

2008’s Juelz verse (and the skipping of Ace Hood’s) was notable (“You go to the Louis store, you go to the Gucci store, you go to the mall, spend it all, what he do that for / You can buy the rags, you can buy the bags, but it ain’t no sign that say they sell swag”), as was the 2010 Kanye-led G.O.O.D. Music cypher, which ushered in the crew-based forms that have dominated since. And of course there was the 2011 Slaughterhouse and friends performance, coupling Royce Da 5’9” and his “Hi Rihanna” schtick with the rebirth of vintage Eminem.

Just as exciting as the yearly dose of BET cyphers is the following day’s analysis of said cyphers by the website Grantland.com. This website (est. 2011) was founded on BET cypher coverage by myself, Rembert Browne, and fellow battle rapper Chris Ryan.

A conversation about the night’s events:

Rembert Browne: So, Chris, one reason I love the cyphers is that they always remind me that there are some really great rappers and some hilariously bad ones. Case in point, if Kendrick Lamar and Travi$ Scott had business cards, they might list the same profession: “rapper.” But one is so good at his job and the other mumbles while not looking at the camera and then walks off.

While Scott stumbled, Bronsolino continues to shine. The man is incredible. And now he’s got these goldilocks curls that make him look like a fat Julius Caesar, and I’ve never been more thrilled.

The best part of this cypher, however, is the “surprise” at the end, which is Lil Kim. My loyalty to Hard Core means I can’t say negative things about her, but I will say she’s had better moments.

Chris Ryan: Sorry, did you say something, Rem? I was just leaving myself a Stickie to write an open letter to thoughts@discoverynetwork.com to bring Action on as a new Amish Mafia cast member. This dude needs to battle-rap Merlin in a cornfield. Action is in Cooperstown for his verse on Chance the Rapper’s “Na Na” (although with Rick Pitino and Pat Summitt references, maybe he should be in the College Basketball Hall of Fame). But if you needed more evidence of how certified he was, it’s right here in front of you.

Here’s the thing about the cyphers: It’s a level playing field. I probably like Travis Scott’s Owl Pharaoh more than any single Action Bronson release, but in outer BET space, nobody can hear your DatPiff page. You’ve got 30 seconds to make or break your rep as a person who can rap over breaks while DJ Premier looks on with the wisdom of a thousand-year-old shaman.

The next one is the unknowns, to which I have this reaction:

Rembert: Oh, the cypher with the non-English verse. I’m not upset it happens, because there are worse soundtracks to go along with checking your e-mail.

Chris: This guy Wax def works at the Apple Store at the Americana in Glendale. Have you ever “found” a new talent in these lottery-winner joints?

Rembert: These aren’t the cyphers we’re here to see. Those were the warm-ups. The A$AP cypher, however, felt like something special, with the dudes who came to shine.

Rembert: LOOK AT THE HOOD POPE IN THE CORNER.

I’m sorry. My love for Ferg is so strong it’s disgusting. And then he starts his verse, which genuinely couldn’t have been better.

The whole crew is great, because as individuals (especially Ferg and Rocky) they’re all talented, but the way they feed off of each other’s energy when they’re together is magical. The way Kendrick’s smile lights up a room when he’s watching Schoolboy is how Rocky behaves when next to Ferg. Because they’re boys. A$AP Ryan, please say more, I need to order that Trap Lord hoodie.

Chris: In the name of the father, the son, the holy ghost, and all the angels who surround Tupac in the kingdom of heaven, all the dudes Googling “Kanye Red Octobers” in the middle of the night instead of reading Middlemarch, all the white women in the “Shabba” video, and Ferg’s dentist, I declare that Fergivicious is a walking saint and the greatest living American poet. This isn’t even one-tenth as good as his “Who Shot Ya” freestyle where he gooned out on Kendrick Lamar …

… but it’s still amazing. Also, shout-out to Rocky for dressing like an extra in Tribe’s “Check the Rhime” video and going out of his way to offend almost every race, creed, and religious group in the world over only a baker’s dozen of bars. I think the only people left unscathed here were the Mormons. Hmmmm …

Rembert: In case anyone’s counting, this is Joell Ortiz’s third BET cypher. I see him now and immediately think of Alec Baldwin hosting SNL 16 times. I don’t really know what my point is here, or if that counts as shots toward BET, Ortiz, or all other rappers, but it’s just a fact.

Chris: Admit it, you’re just mad because he went at Matt Ryan.

Rembert: WHY DID HE HAVE TO GO THERE?

Before getting into the main event, there was one other cypher, the Real Husbands of Hollywood cypher spoof. This wasn’t supposed to be good, but it 100 percent was. I laughed often. Sometimes I even rewound. And then laughed again. Unreal.

My favorite thing here is that Nelly is actually a rapper but had only the fifth-best verse. That’s funny to me. As for Kevin Hart, say what you will about his, at times, overbearingness, but when he’s on he’s amazing.

Chris: I really can’t with this, so I will just take this opportunity to say that I think Duane Martin might have had the best ’90s of anyone. White Men Can’t Jump, Above the Rim, Scream 2, The Faculty. Bow down.

OK, now to the main event.

Chris: I know this leaked earlier, but when I fired this up and “Shook Ones Pt. 2” started playing and Kendrick walked into the frame, it felt like the lights went down on the world. For as much as I love Yeezus and Pusha and 2 Chainz and Drake, this really, truly feels like it’s Kendrick’s moment. You can tell he’s just hearing Jimi right now. I don’t think, in my lifetime, I’ll ever see a rapper approach the heights that Wayne did between the ’02-’06, when it seemed like every single verse was just a glimpse of someone who was always already rapping and working out the world through lyrics, with the listener just lucky enough to catch a glimpse of the process. But Kendrick is getting damn close.

Rembert: At this moment, Kendrick has no peers. He just did a two-minute slam-poetry sermon while successfully carrying out theatrical high fives and ass kicks, all over the Mobb Deep instrumental. He’s so focused, he’s completely blacked out. The control over his tone and his tempo and the ability to seamlessly switch it up at any given moment is astounding. It’s a testament to what happens when talent and confidence become co-conspirators. It’s a hybrid of Flesh of my Flesh DMX and ATLiens Andre, which is a terrifying thing to think about if you’re another rapper.

Kendrick’s not just the King of New York. He’s also the King of Fort Lauderdale, the King of Tulsa, and the King of the Pacific Time Zone. Enjoy this, it won’t last forever.