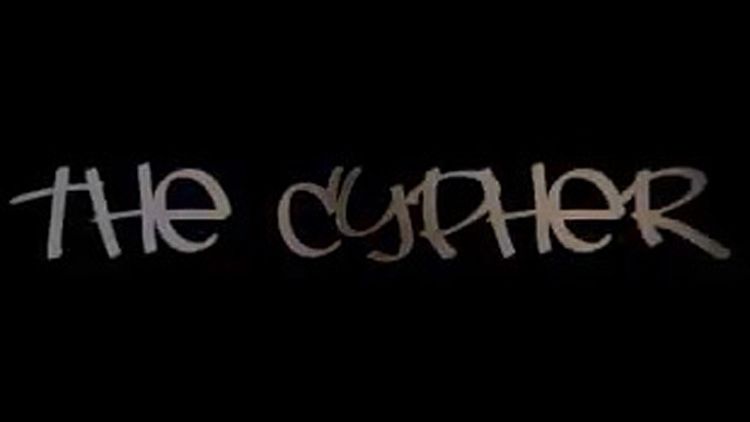 Now that Omarion (Maybach O, if you’re nasty) has performed his Breakin’ 2 Olympic floor routine alongside a once-naked/now-robed Rick Ross, let’s talk about the main events of the BET Awards: the Cyphers.

Chris Ryan: Rem, why do these things matter? Because it matters when Kevin Durant shows up at the Rucker. There’s a thrill to seeing Eminem, standing around with a bunch of dudes, bystanders and peers alike, and dropping 66 on everyone’s eternal soul. He’s out there on his own, and if he screws up, people like me will judge him for it.

Then there’s the possibility that we could catch a rising star (like Nicki Minaj or 2 Chainz) or catch a star that’s about to go dark (even the milk carton with Crown Royal’s face on it is missing).

Rembert: I don’t think there’s anything either of us like more than these yearly gifts from BET. Also, “Second Annual” has a nice ring to it, Chris. We made it. Now start saying things, and don’t stop.

Chris: So let’s begin this year’s survey. First of all I want to say a prayer over the ghost of T.I. and Grand Hustle.

There was a time, I don’t really have the heart to look up how long ago, when this would have been must-see TV. It would have featured Young Dro and Killer Mike, and I guess 8Ball and MJG. It would have been a collection of important rappers talking about politics, the South, and equestrian events. Instead, it looks like T.I. is filming a straight-to-Netflix sequel to The Italian Job. Who the fuck is Chip?

Ryan: That’s not a rap name. This isn’t hard. Rap names are not hard. Is your rap name the same as one of Audrina Patridge’s ex-boyfriends? Then you’re doing it wrong. I don’t even know that Audrina dated a dude named Chip, but Audrina dated a dude named Chip. Also, the British rap thing is just not going to get it done over here. It didn’t happen with Roots Manuva, it didn’t happen when Cam tried to put on S.A.S. (not sure Cam ever heard S.A.S.), and it’s not going to happen with Attack the Block right here.

Browne: Is this my cue to start talking about Craig David? No? OK …

Ryan: Also, listening to Iggy Azalea just makes me want to listen to “Infamous Prelude” by Mobb Deep, alone in my dirty-ass room. Now on to the good stuff. I’ve ranked my four favorite performers here. And then I dinged one person.

4. Eve: One of my favorite people who I don’t actually know. She looks great, and really this is just an excuse to remind everyone of the time Sean Penn went and visited Eve in jail in the middle of the night after she caught a DUI charge. Remember that? Now go take your DVD of The Notebook and put it in the bottom of a trash can and pour torpedo juice all over that and light it on fire.

3. Kurupt: He still cares about the East Coast vs. West Coast. That’s amazing.

2. Joey Bada$$: Had no idea who this dude was until tonight. Sorry, hip-hop. Downloaded 1999. I’m into him wearing Sambas.

1. Kendrick Lamar: If only for the Snoop/torch line and the fact that I haven’t anticipated a rap album like M.A.D.D. City in a long time.

The First “You Had the Marshall Mathers Spot & You Bricked It” Award: Clifford “T.I.” Harris.

We need to talk about Clifford. I would give this piece of tin to DMX but it’s not like DMX is going to Google this and read it, so who gives a shit?

Browne: OK. I asked for you to say a lot and you did. My turn. Let’s start with T.I.

Clifford is currently residing in unchartered waters these days, splitting his time between comeback rapper and TV’s best father. There’s just no way to really get fully behind his menacing lyrics when, a few days earlier, I watched him take his entire family on the cutest camping trip imaginable. It hasn’t affected his career “street cred,” but from here on out I think he’s going to have to figure out an additional lane (à la Jay-Z) to get his audience back. But TIP can still rap. If we’re comparing it to last year’s Eminem/Slaughterhouse performance, however, he gets a C+ for his time slot.

Here’s who, in my opinion, impressed on their verses (but missed the Final Four):

Joey Bada$$, Angel Haze, E-40 (I can’t believe I’m saying this, but he had a punchline about JPEGs), and Gambino Glover (cut him some slack, Earthlings). There was also Hopsin, who is a very good rapper, but just happens to be terrifying:

Chris: I’ll take your word for it. I couldn’t figure out whether it was cataracts, an homage to Method Man’s contact lenses, or just a shot across the bow of Odd Future.

Who, in addition to giving a perfectly magical animated Mystikal verse, had all the youngins behind him tickled pink:

And finally … Kendrick Lamar. His verse was awesome, as usual, but it was about the fourth most memorable moment of the cypher. Also, I was hoping just once he’d semi-take into account the beat that DJ Quik so wonderfully lofted up for the Cali guys, but no. Never. It’s OK though, his album’s probably going to be a classic, so who cares about a cypher? KURUPT CARES, THAT’S WHO.

4. Kurupt: He hasn’t lost a step. He will always be one of the most fun people to watch rap, not to mention the actual words that are coming out of his mouth. Also, you never know with these things, but his verse screamed “freestyle” as much as anyone not named “Snoop Lion a.k.a. Snoop Dogg.”

3. Eve: Even though all four ladies truly came with it (Iggy had the best Grand Hustle verse, cue #Mayans), Eve continued to show why the Ruff Ryders should be considered “Eve and the goons” as much, if not more than “the goons and Eve.” Ignoring subpar singles of late, and that UPN sitcom thing, the realest skirt-wearing pitbull still very much has it.

2. Ab-Soul: While a full album from him isn’t necessarily something I’m interested in, the brains behind T.D.E. came out of nowhere and lyrically destroyed his verse. He’s insanely clever, and anytime you end your verse with “I’m the Haile Selassie of rhyming,” you automatically get 500 cypher points.

1. CASSIDY: So many things came together to make this the high point of the BET Awards. For one, who knew Cassidy was free? I, for one, did not. Also, he’s transformed from Warrick Dunn to Maurice Jones-Drew before our eyes. That’s not fat, people. That’s jail muscle. And then he’s on the Ruff Ryder cypher, in the same room as DMX, which is just a lot of anger in one setting. And then he started talking. First two bars:

He has one speed, and that is realer than everyone else combined. He can’t tone it done. Not in the slightest. And then this:

DISCONNECT YOUR HEAD FROM YOUR BODY, HAVE YOU LOOKING LIKE THE LOWERCASE LETTER I.

I love this man. His cypher performance was the perfect “I’m back” statement, causing me to spend the following day (right now) reminding myself about what he did to Freeway. Chris, this is one of your city’s prides and joys/greatest letdowns. Thoughts on Cass? Freeway? Should we talk about Tity 2 Chainz, going from 2011 Cypherer to 2012 performer/hero? There’s that seventh little kid cypher whom I refuse to talk about, care to comment? Bad Boy performance? French Montana as Prime Minister of Morocco? Talib’s Frank Ocean/Chick-fil-A line? This guy?

Yes, that’s an unclicked play button. Why? Because his name is “Jaybird the Purdi Boi,” which is French for “I don’t want to succeed.” Chris, thoughts?

Chris: This guy raps like he was trying to impress his Real World housemates after a night out at Dick’s Last Resort or something. As far as Cassidy vs. Freeway, I don’t think I can have any more of an objective viewpoint on this than Mary Todd Lincoln could on the Civil War. Cassidy really did sublet Freeway’s whole life in that battle. To which I would counter with the following: “Flipside,” “Line ‘Em Up,” “What We Do,” “Roc the Mic,” “1-900-Hustler.”

I don’t think children should be allowed to participate in beauty pageants or rap, so we’re in agreement on that count. We’re not even going to address that.

You bring up a good point with 2 Chainz. We dismissed him so casually last year. You admired his dedication to never leaving his Atlanta ranch. I admired his “Free Boosie/’Wipe Me Down'” line. Is there anyone in this year’s cyphers about whom we’re going to go back and say, “How did I miss that?” I don’t think so? Bada$$? Let’s at least put something on the record and throw it in a time capsule. I’m going with Joey.

Rembert: Well, who I’m not going with is A$AP. He’s my letdown of the cyphers, getting top billing in his group, presumably because he’s grabbed both Rihanna and Lana’s booty in less than six months, but turned out a giant dud of a verse. So I’m also going with Bada$$. I really love everything about the kid, from his unmistakable Brooklyn accent, to the fact that he’s wise beyond his years, to the fact that he’s dressed for middle school PE class.

In closing, not a cypherer, but praise be to Tauheed Tity 2 Chainz Epps. I sincerely wonder if there’s ever been a happier rapper. He’s an easy front-runner for “Who Won 2012.” TRUUUUUUUUUUUUUU.