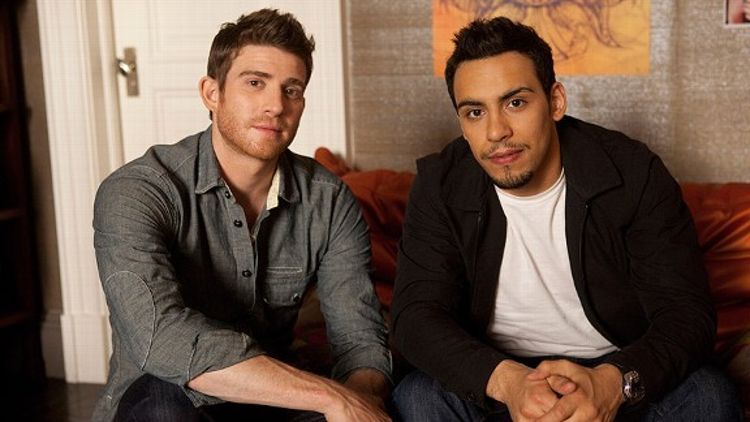 I humbly accept that How To Make It In America was not a particularly good television show, if we’re going by the standards of, say, good television shows. And yet I continued to watch it until the end. That’s not so strange, I guess; that happens all the time. I am one of those people who refuses to give up on a television show I’ve started watching (well, except for Hung. Good lord, I’m not a masochist.) But what’s truly strange is that unlike with, say, Weeds — where I feel like a lone man clinging dispassionately to a ganja-laden island — I just kind of presumed everyone else I knew was watching How To Make It In America as well, and we’d made a tacit agreement not to talk about it. And then a couple of months ago, midway through what turned out to be the show’s final season, I happened to make mention of some ridiculous plot twist to a few friends (most likely about Lake Bell’s interactions with Ziggy Sobotka) and everybody in the room regarded with me a sour grimace, as if I’d just spiked their Red Stripes with Rasta Monsta.

“You’re still watching that show?” one of them said.

They asked me what was happening this season, and I told them all I could remember about Rene and the skateboarder and how Crisp’s business had morphed from jeans to sweatshirts and about the vagaries of Kid Cudi’s weed business. It sounded even dumber out loud. I told them that was I watching as much for the scenery, for the shots of the Lower East Side and Brooklyn, as I was for the characters (which is both the truth and a lie; toward the end, I even started to like Victor Rasuk as the weaselly little hustler who attended the Seinfeldian Perpetual Smirk School of Bad Acting). I told them that I thought we had a pact, that How To Make It In America was Entourage II, that it was the show we watched on Sunday nights when we didn’t really feel like watching anything at all, that it wasn’t bad television but Bad HBO, which is something completely different. And then my friends went back to ignoring me.

How To Make It In America did not traffic in worlds that I understood particularly well. By the time I arrived in New York, I was nearly 30 years old; I did not go clubbing and did not make any sort of scene other than the one at the Ess-a-Bagel on First Avenue. Every time my wife drags me into Barney’s, the salespeople regard me with a palpable disdain. And yet amid the subplots I followed and those I lost track of (unless I am dreaming, there was actually an episode that ended with Rasuk wheeling a Viking stove into his project-house apartment so he could impress a girl on the advice of Joe Pantaliano), there was something about the show that captured how it felt to live in a city that swallows its young strivers whole and spits them up in Hoboken. In the second season, things didn’t always go well, and it ended with Gina Gershon verbally smacking down our protagonist and no real prospects of “Making It” in sight. If Entourage was about sunshine and screwing and manifest destiny (a world in which even Turtle could get rich), How To Make It was (at least sometimes) about unemployment and failure and 400-square-foot studio apartments, and that part of it felt real, even if nothing else about it ever did.

Michael Weinreb is a Grantland staff writer and the author of Bigger Than the Game: Bo, Boz, the Punky QB and How the ‘80s Created the Modern Athlete.

Previously from Michael Weinreb:
Which Minor Bowl Game Are You Most Excited About? (And Other College Football Questions)
How The Big East Became The Reclamation Conference
Robert Griffin III: Heisman Winner?

Filed Under: Grantland Studios, HBO, How to Make It In America, New York City

Chris Paul vs. RuPaul vs. Ron Paul: Your Definitive Guide

Today in Nerd News: OMG!! THE HOBBIT TRAILER IS HERE!!!