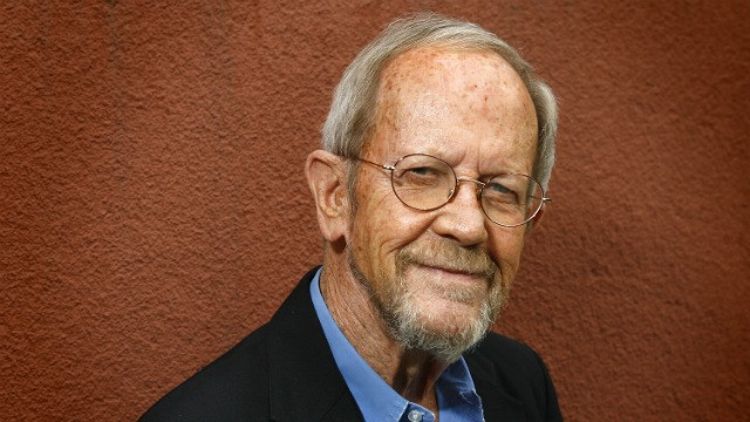 Elmore Leonard wrote more than 40 novels, dozens of short stories, and a couple of screenplays, among other works. But in a way it was all one big tale. It was set in Detroit and Miami, with important pit stops in Kentucky and out west. The protagonist was street-smart and rough around the edges, with a past he or she was trying to escape but for some reason couldn’t. At some point this person always encountered a love interest who was similarly sharp and grittily sexy, as well as a cast of villainous buffoons who lashed out violently and with surprising ferocity when you least expected it. There was typically a scheme involving large sums of money and an unlikely shot at redemption. The ending was happy, although no Elmore Leonard ending was ever truly happy, because the captivating world of charismatic scoundrels that he created made you want to linger long after the last tightly written page.

That world will be sustained by readers for as long as there’s an audience for funny and engrossing crime and Western stories — which is to say, as long as there are dads and uncles and long, wondrous days to while away on a lounge chair at the beach. The man himself, however, has sadly passed on: Elmore Leonard died this morning from complications from a recent stroke. He was 87. Unlike many of his most dastardly characters, Leonard was afforded the most honorable kind of death — it came after a long and distinguished life, with his loved ones at his side, and the admiration of millions of readers who considered him the best there ever was at what he did.

Leonard’s first novel, The Bounty Hunters, was published in 1953. As a writer, he came of age in an era of revisionist Westerns in cinema, and his story “3:10 to Yuma” later was adapted into a classic of the genre. When Leonard later became known more for his crime fiction than his Westerns — though some of his fans surely prefer his two-fisted cowboy tales — his style of mixing witty dialogue with devastating bursts of action proved hugely influential on a generation of writers and filmmakers. Mr. Majestyk, 52 Pick-Up, Get Shorty, Out of Sight, and Rum Punch (as Jackie Brown) were all made into good-to-great films, and the FX series Justified took one of Leonard’s laconic heroes and produced one of the best shows on TV. All the while, Leonard kept working and filling up his world with characters that anyone would want to have a beer with. That world stopped growing today, but how great is it that Elmore Leonard left behind this wonderful place?

Freak Show and Tell: The 132 Pounds of Scrotum That Captured a Nation's Imagination