Q&A: Shailene Woodley Will Defend Native Hawaiians, Fight Mediocrity, and Not Be the Woman Everyone Wants Her to Be 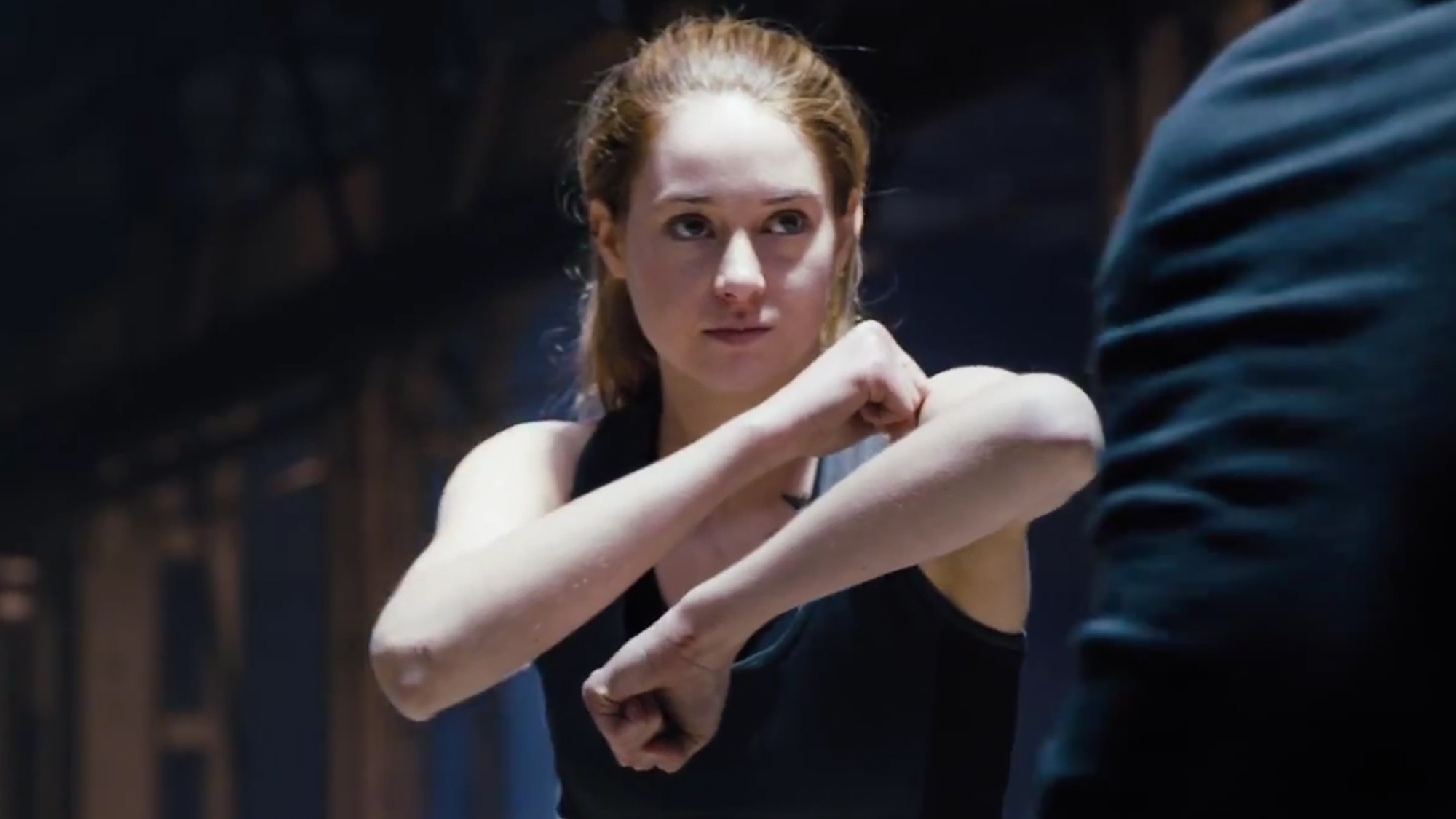 In the dystopian future of Divergent, societal overlords analyze the talents of high school–age girls and boys and “suggest” a fitting career path for each human pawn. It’s a lot like Hollywood.

Muscle-bound beefcakes wind up in the “Dauntless” faction (B movie action heroes); intellectuals are placed in “Erudite” (Oscar-baiting prestige pictures); peacekeepers (down-the-middle crowd-pleasers) go to “Amity”; honest folk (message movies) head to “Candor”; and those who lack vanity (your weight-gaining Raging Bull types) fall in “Abnegation.” And then there are “Divergents,” those who mix and match factions. They’re the bane of the system’s existence — forced to conceal themselves or go toe-to-toe with long-standing conventions. Shailene Woodley can relate.

For young female actors mounting successful movie careers, there’s the industry’s paved superhighway and then there’s the scenic route running parallel to the same destination. Woodley, 22, is on the latter. After parlaying her starring role in ABC Family’s The Secret Life of the American Teenager into a breakout turn in Alexander Payne’s The Descendants, stardom was in sight. She opted out, following The Descendants with two indies: the frank, teen relationship drama The Spectacular Now and Gregg Araki’s coming-of-age sex tale White Bird in a Blizzard.

Hollywood seems stumped by Woodley. Her quirks — she’s a die-hard environmentalist who grows herbs, drinks gallons of tea a day, and concocts her own toothpaste — are both an asset and something to giggle at from afar. Mystified by her independence, some wonder why she isn’t making all the same A-list-worthy moves as Jennifer Lawrence. And yet she might be the perfect heroine for the young adult genre generation. But that comes with being a Divergent — it’s what’s wrong with Woodley, not what’s right.

During a whirlwind press tour, Woodley spoke to Grantland about Divergent, sticking to her off-road course, and what might be the root of our eventual dystopia.

You’re open about your methods to living. Do you approach fantasy material like Divergent asking questions informed by your way of life?

I totally do. Obviously it’s fictional and so there’s artistic license, but it’s important to know where this world comes from. What happened to the previous world? Why is there a wall? I don’t know what happens. In Dauntless, they’re constantly training and keeping fit and alert so they can protect the society. Each faction lives their daily lives. Why is the world the way it is? We won’t find out until the third book. And I haven’t read it yet.

You seem to gravitate toward a raw form of realism. Films like The Descendants and The Spectacular Now, and Secret Life on TV. How is Divergent consistent with that?

Click here for all of our interviews with fascinating people from the worlds of sports and pop culture.
The cool thing about this is that it’s a big action film and we can bring truth to it, even if it is a big concept. Everything in this movie you can find parallels and relate it back to right now. It deals with genocide. It deals with one society coming in and completely eradicating another society, which is what we did to the Native Americans and what we did to the Hawaiians and what’s happening to other aboriginal cultures around the world right now.

You mention native Hawaiians — does their culture inform your life? Did you pick up a lot while filming The Descendants?

I absolutely did. I’m inspired by it. It’s the only culture I’ve been around today that still practices their traditional ceremonies and honors their ancestors.

The people of Divergent are beyond that reverence. Do you fear a similar dystopia for our culture?

I definitely don’t have a fear of dystopia, but I do feel like we have a responsibility as humans on this planet as future ancestors to leave the world in prime condition and to leave a positive mark on the world.

Does Divergent speak to that?

How do you do that? Or, what is the “mediocrity” that most people settle for?

I think mediocrity is abiding by society’s rules. We’re born into a fear-based society, a society that tells us we’re not enough and that we need to be something else and we need to compare ourselves against other people. “Here’s this beautiful woman — why am I not that? Why am I not this?” I am done with that B.S. That paradigm doesn’t work and it’s sad. The fact that so many people, myself included up until a short time ago, think that [they aren’t] worthy of so much … it’s our society, through media, making us feel not worthy, breeding us to be fearful of things, instead of feeling empowered. We all have unique gifts to share.

Are there filmmakers, writers, or musicians that reflect that ideology for you?

Maybe music. Certain musicians: There’s a man named Xavier Rudd, another musician named Nahko and Medicine for the People. Trevor Hall, Michael Franti. The messages that are interwoven into their lyrics are really powerful.

Is Divergent reflective of your experience in Hollywood? Your character, Tris, defies standards and familiar courses. Do you picture yourself in a similar situation?

I never want to push against anything. All I can do is be myself and live for me. It’s none of my business what other people think of that. I don’t want to be rude or slap anyone’s ideals in the face. But all I know is that I know what I’m passionate about and know how to do myself better than anyone else. My gift is to be me in all situations.

Who Else Wants to Slap King Joffrey's Smug Face Right Off the Newsstand?

This one-minute 'Fargo' miniseries teaser is about 59 minutes too short.