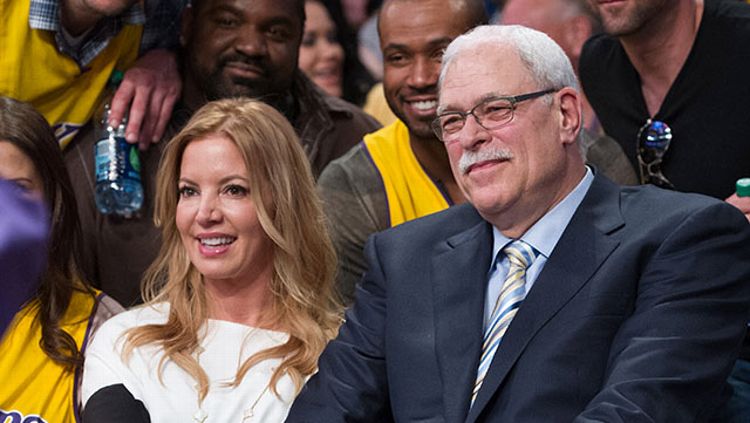 Good news, people who have long believed that a no-holds-barred premium-cable behind-the-scenes depiction of the running of an NBA team would make for riveting television! As Deadline reports, Showtime has enlisted the powers of Phil Jackson, his fiancée and Lakers exec Jeanie Buss, and Ron Shelton (oh: and, um, Kurt Rambis and his wife?) to put together “a one-hour scripted drama set behind the scenes of a pro basketball team and the family that runs it.” So, do we have your attention?

Now, let’s think about this for a minute, and separate the knowns from the unknowns.

Unknown No. 1: As Deadline explains, the show comes from Jeanie Buss and her BFF Linda Rambis’s Street Reason Entertainment; Buss’s man Phil and Linda’s man Kurt are just listed as fellow executive producers. Did I know that Jeanie Buss and Kurt Rambis’s wife had a production company called Street Reason Entertainment? No. No I did not. Does it make perfect sense that their first big splash would be a basketball project? Of course: Pushing an NBA show with that hallowed name “Phil Jackson” attached sounds like a pretty easy sell. That brings up one big question: Is Phil really going to be in the trenches, giving notes, tweaking plot lines? Or is his name attached more or less ’cause Jeanie asked, over eggs in the breakfast nook, if it was cool?

Unknown No. 2: Obviously everyone is going to assume the show will borrow plot lines from the real, and fascinating, Buss family empire. But is Jeanie Buss really interested in airing out her own dirty laundry? And even if she were: Could we really trust her to do so in the unflinching manner that the material calls for? If Ron Shelton had been given a show loosely inspired by the Busses, without their involvement, this might all be a bit more promising. Counterintuitively, having Phil and Jeanie onboard might bungle the whole thing.

Unknown No. 3: Is the NBA going to license its product to Showtime? Or are we soon going to learn all about the fierce rivalry between the L.A. Oceans and the Boston Irish People?

The Better Call Saul Spin-off Is a Go!