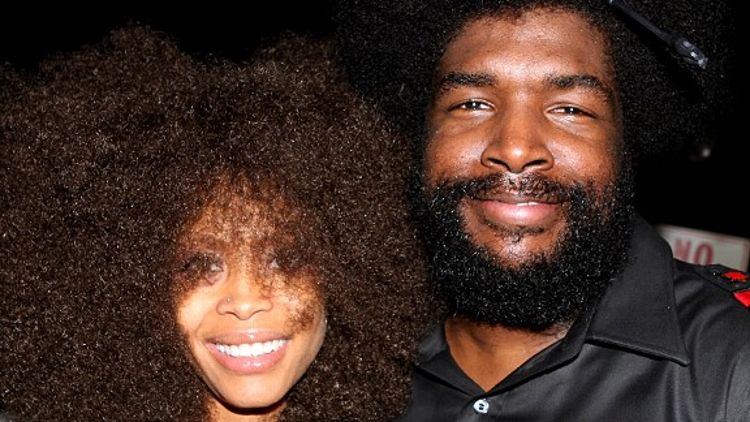 Happy Holidays, Grantland. Here is your stocking stuffer for the person who has everything. They won’t have this, ’cause it didn’t exist until now: The Soulquarian Box Set. Put it in your phone. Put it in the cloud. Put it in your hearts and minds. Put it on Facebook. Santa has decided you were extra good this year.

You probably know The Soulquarians, a dream-team crew of singers, rappers, musicians, and producers that formed in the late ’90s and trumped every crew then and forever more.

The Soulquarian Box Set is a four-album run that distinguished this collective from all the rest. The discs are all gems; critically acclaimed, commercially successful, haven’t aged a day. They were a moment — and this is a time capsule. Before promo for their recent album, Questlove reminisced with Pitchfork about this era when Neo-soul was radio-hot; Chappelle’s Show was TV-hot; a guy like Mos Def was Hollywood-hot; and The Soulquarians were the hub of a legit black cultural renaissance. Eventually it ended. And Quest recalls the feeling of handing the baton to a brash up-and-comer named Kanye West, who at the time was “Usher’s opening act” but clearly had a future!

This Box Set is the baton.

It’s fitting that Things Fall Apart is the album that set this run off. Whatever “contemporary backpack rap” is, this is the blueprint. TFA dropped in early ‘99 and sounded like the sensibility of Tribe, De La, and the Native Tongues updated for the turn of the century. A breakthrough in all ways, the Roots’ proof of concept was a melding of Do You Want More‘s jazz-fusion with Illadelphs gritty “avant street” (or whatever). The stew had settled, the formula was transcribed, the hip-hop community would accept the annual “You Got Me,” “Dynamite!” and anthemic “Act Too… The Love of My Life” and be all good with that.

Careers were sparked off this one (Eve, Beans, Scott Storch, Jill Scott, to name a few … that you may have forgotten.) TFA lost to The Slim Shady LP at the Grammys. (Only a game-changer like Em’s debut could nudge this album off the podium.) But “You Got Me” won some hardware, and still holds up as proof of the Roots’ pop pedigree.

If only the Occupy Wall Street movement had the image of a perfect physical male specimen, shirtless, angry, and singing:

Things Fall Apart came out first, but Quest gives the nod to Voodoo as the raison d’être for this prolific stretch of hot fire music. It’s more difficult to contextualize D’Angelo because he disappeared from the scene (like so many artists connected to this crew, Chappelle, Lauryn Hill et. al) and has yet to fully return (new rumors abound!), but Voodoo is formally a southern backwoods-soul masterpiece, and informally a raw dog musk-funk sex manifesto. What I mean is: People either love Voodoo, or they haven’t had sex yet. Which, awww, sorry. But if the Roots can feel a little bit like a (black) thought exercise, D’Angelo is all visceral and carnal thoughtlessness. If TFA was a bit dry for your taste, you can lotion up with Voodoo like cocoa butter. If there’s a wedding reception, Voodoo is the groom lapping up the dimples, butt hairs, and blemishes on the bride’s booty like hot grits on a cold Sunday. Let’s keep it real, Voodoo doesn’t even know Photoshop air-brushing exists.

Like Water For Chocolate is the weakest seller in the crew, which makes it the lead candidate for Most Underrated. A highly regarded influential underground gem is to say the least. I’d argue a line like Jay-Z’s old “truthfully I want to rhyme like Common Sense” is inspired by this album. Yes, Common had the classic “I Used to Love H.E.R.” under his belt, and One Day It’ll All Make Sense is where he matures from a punch line emcee into an artist with a vision. But LWFC is when he soars, with Dilla as the wind beneath his wings (these two get along like Miles Davis and Bill Evans).

Common would earn some institutional kudos and Grammy nominations years later with the Kanye-certified Be and Finding Forever, but this was the template for both of those later classics. This is where Common as a lyrical auteur emerged. “Dreaming when I wrote this, box me if I go too wild,” the afrocentricity mixed with Midwest b-boy swagger make it an album only he could make.

Badu is the toughest of the Soulquarians to put into words. In the wake of her New Amerykah albums, Mama’s Gun feels a bit like her last “for the labels” project. Not that it’s any less singular. Not that she didn’t neatly fold the Baduizm head wrap and put it away before making an entirely new suite of female empowerment and black-diva loveliness. Baduizm established her as A-list, but Mama’s Gun is her skills record. Puts her in the pantheon. It’s her pivot into being the coolest b-girl on the planet. Everyone takes Erykah for granted after this one, and she has experimented accordingly.

“Bag Lady” is the platonic ideal of songwriting, and should the Christmas tree happen to look a little more sparse this year it can serve double-duty as the only Christmas carol you need: