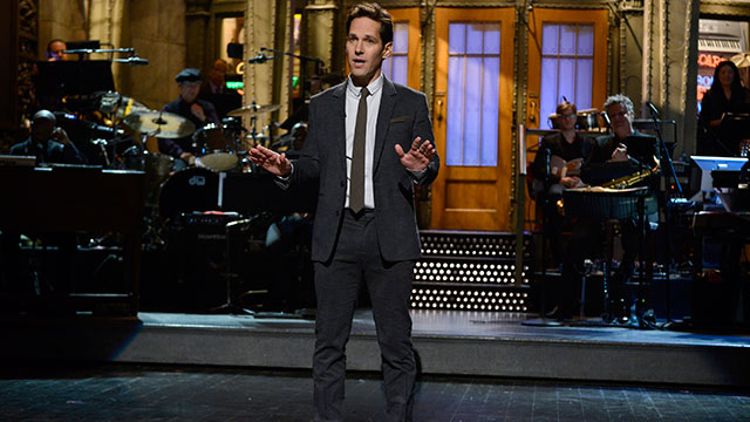 With Joseph Gordon-Levitt over in The Sandman’s turf, it looks like Paul Rudd has landed the lead in Ant-Man. Rudd has been rumored as the front-runner for several weeks now, and Variety reports he’s begun negotiating for the part. If imagining the dude who pioneered “slappa da bass” playing a superhero didn’t already arch your eyebrows, surely the concept of Rudd as Henry Pym, a scientist superhero who shrinks himself down to ant size and commands swarms of the picnic-ruiners, will do it.

“One scenario that was rumored when [Edgar] Wright first came on is that he would focus on the later years of Ant-Man and add the character Scott Lang, a crook who steals Pym’s technology and becomes the new Ant-Man,” Variety writes. “This may hint at the idea that both Rudd and Gordon-Levitt could potentially become involved in the film, although the idea seems unlikely.” Probably more than unlikely, but hey, if that’s still the script, it sounds like there’s a big second lead still to be cast. Wright is set to direct from a script he cowrote with Attack the Block writer/director Joe Cornish.

Back in October, when Rudd and Gordon-Levitt were announced as prospects, Alex Pappademas nerdsplained that “what Marvel’s really selling here is Edgar Hot Fuzz Scott Pilgrim Wright doing his tongue-in-geek-cheek action-extravaganza thing in the Marvel Movieverse sandbox. It doesn’t matter that Ant-Man’s historically been a silly, boring character; Avengers grossed $1.5 billion, remember, and at this point, Marvel’s in a decadent, playing-with-house-money, we-make-our-own-luck phase.” There indeed seems to be no lack of confidence on Marvel’s part, considering the studio moved the release date from November 2015 to July 31, 2015, which is only two weeks after Batman vs. Superman, which is bound to be a massive comic book movie event no matter how much you dislike the Batfleck casting. (And did you hear Joaquin Phoenix might join? This is officially superhero news week.)

Now, in case you ever find yourself in a poker game with Rudd and need to know exactly what he looks like when he bluffs, here are two times he totally denied knowing anything about Ant-Man.