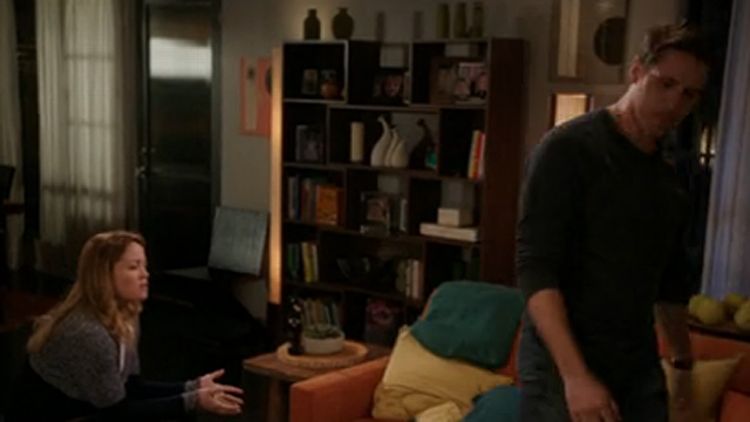 Finally, Parenthood got real. This show is best when it considers legitimate, realistic problems that actual people have to confront. This week’s episode covered topics including finances, protecting family, fighting with your spouse, emotional cheating, and what it means for a 10-year-old to choose ballet over basketball. There were highs, there were lows, and, most importantly, there were tears.

Kristina’s mayoral campaign resurfaced this week. Her opponent, Bob Little, used an incident from Adam’s past to pull ahead in the race. In a previous season, someone called Max Braverman a “retard,” and Adam responded by punching the guy out. After Little released the story, Adam was mobbed by the local media and an unfortunate sound bite of his received the industry standard treatment: an Internet remix. (Are supporter-made Internet remix videos really a thing in local politics? Videos like these were integral to The Good Wife, but I can’t think of any prevalent real examples.) Campaign manager Heather, Adam, and Amber all encourage Kristina to go public with Bob’s relationship with Amber from Season 3. Ultimately she decides not to — instead using a press conference to explain what Adam did. Little’s lead increases.

This is a tedious plot that does not make a lot of sense. Adam assaulted someone. That’s illegal. Bob, a single man, had a relationship with his 19-year-old assistant. He lured her to Sacramento on a work trip. That is unsavory, but it’s not illegal. Perhaps he misallocated funds on the trip. But he wasn’t cheating on a wife, and the girl wasn’t underage. Who cares? Luckily, there seems to be but one more week of this campaign.

The younger Bravermans have got that sweater game on lock. 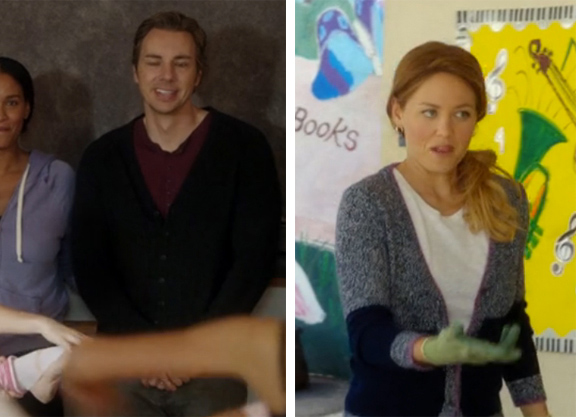 This is nothing new for Cros. He frequently wears casual cardigans that increase his overall Q score. Julia, though, has been the victim of numerous awkward outfits, like the short-sleeve sweater over oxford shirt. Very bad look. I was thrilled to see her in this color-blocked cardigan. At least she has that going for her right now.

Honorable mention goes to Zeek FaceTiming with Camille, who is currently still in Italy. He managed to say he missed and loved her, and all she did was run off to catch her bus. Couldn’t she at least have thrown in a “miss you!” on her way out the door?

The second-most tear-inducing moment of the show, though, was Julia and Joel’s final confrontation of the episode. Victor has to move to fourth grade immediately, even though it’s the middle of the school year. J and J break the news to him, and, of course, everyone is devastated. The actor who plays Victor, Xolo Mariduena, does an impressive job of kicking his parents out of his room in anger. Joel and Julia walk out, she pauses just outside, and he just walks past her. It’s painful.

Joel’s silence is so hard to digest because of their fight earlier in the episode. The Grahams had a meeting set up with Victor’s teacher and principal to learn his fate, but Julia strong-arms the teacher into breaking the news beforehand. As she tells Joel, she begins with “I was right.” Ugh, Julia. That’s never a good way to begin a contentious and difficult conversation. Julia blames Joel for not moving Victor sooner. Joel blames Julia for them not being able to afford private school. Joel and Julia fight. They’re both right, they’re both wrong.

When Julia first heard the verdict, Ed, the unemployed parent from school, was there to comfort her. On a different show, they probably would have kissed in that moment, if they hadn’t already. But this is how Parenthood distinguishes itself. Julia is miserable right now, but she is a rule follower, not a cheater. The characters stay consistent.

Watch this fight at your own peril.

Video on Demand Report: Man of Steel Smashes and Clangs Its Way to VOD