Oprah Has Spoken: Chris Brown and Rihanna’s Love Is Above Human Judgment 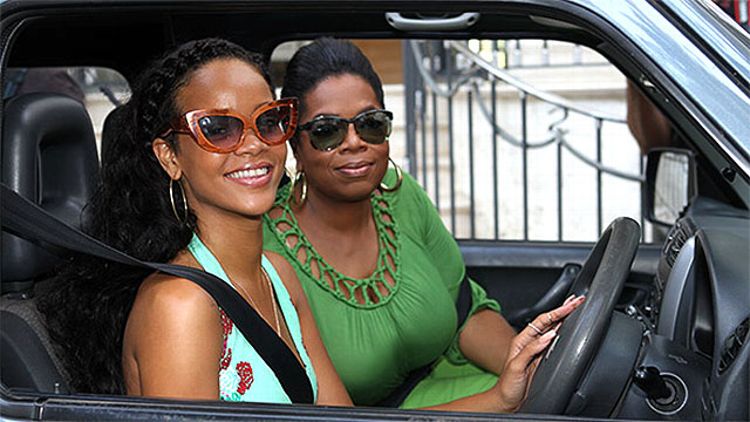 It’s over. I never thought I’d be sending this e-mail, but the time has come to retire one of my favorite pastimes: missionary work of convincing anyone within earshot that Chris Brown and Rihanna as a couple is a bad thing, both for them and for America. No one saw this day coming, but then again, there’s no way to predict that you, Oprah, would have gotten involved.

You’re allowed to say a lot on this here Internet, but going against You is not one of those things. Your words:

“You know what I loved about that interview?”

“She came with a big wide open heart.”

Why am I so cynical? Cold, even. What the hell is my deal? Maybe I’m projecting my own faults on Rihanna and Chris. Perhaps I’m in a bad space?

“She was in the space of forgiveness.”

Of course she was. She was sitting with You, Dalai Winfrey. She has probably learned so much from her mistakes, due to Your Earth-motherly guidance.

“She learned a lesson that she was repeating with Chris Brown, exactly what she needed to learn from her father.”

Amazing. Of course this is a “Daddy issues” thing. What isn’t?

“I have no judgment about it.”

HOW ARE YOU SO PURE? My entire life is built around judgment, whereas Yours lacks any whatsoever. I can’t believe we’re allowed to breathe the same air. Maybe we don’t?

“That’s why I can sit there and have such a great time with her.”

I bet you two had so much fun. I mean, there’s “fun,” and then there’s “Oprah fun” — I start every morning by watching all five parts of the Legends Brunch. I get it.

“I do all my interviews with no judgement whatsoever.”

I can’t think of a statement that less describes me. How do I get to such a place, Oprah? I swear when I interviewed [redacted] all I could think about was how [redacted] was probably the [redacted]est [redacted] on either side of the Mississippi. [redacted].” I wish I had inner peace. But how could I? I don’t even have outer peace.

“If that’s how you choose to lead your life, that’s really OK.”

We don’t deserve You, Oprah Winfrey. The gifts that You bestow somehow still exceed the millions of dollars that You accrue every hour. Speaking on behalf of Rihanna and Chris Brown, as well as #RihannaNavy and #TeamBreezy (I am now a card-carrying member of both), thank You. Thank You so much for continuing to be a black human spirit mirage hologram mother figure simultaneously from the the past, present, and future.

Community’s Premiere Date Gets Pushed Back, Which Might Actually Be a Good Thing