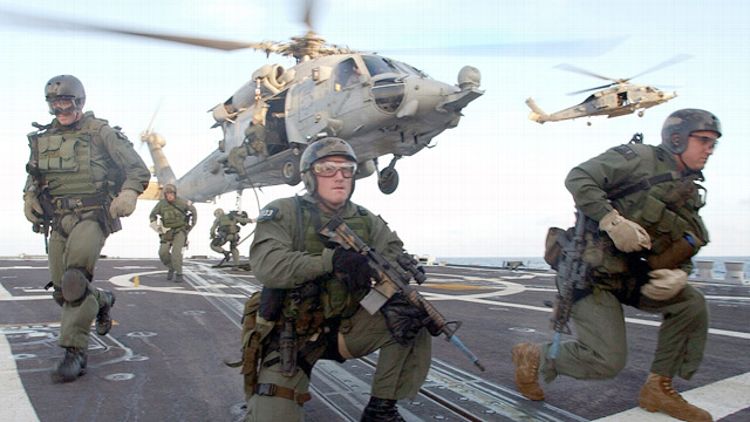 When was the last time the publishing industry had anything this top secret? Penguin announced on Wednesday that, on September 11, they’ll be dropping a bombshell of a book: No Easy Day: The Firsthand Account of the Mission That Killed Osama bin Laden, written anonymously by one of the members of the Navy SEAL team on the ground in Abbottabad that day. The book, which had been kept strictly under wraps until its public announcement, was written by a SEAL using the pseudonym Mark Owen. According to the publisher, the book provides a “blow-by-blow narrative of the assault, beginning with the helicopter crash that could have ended Owen’s life straight through to the radio call confirming Bin Laden’s death,” and also delves into a series of other top secret SEAL raids. And when Owen goes on TV to promote what is presumed to be a blockbuster, they’ll have to do that thing where they creepily modulate his voice and hide him in some shadows. Cool!

By the way, Owen’s book could also be the latest instance in which a Bin Laden–related piece of entertainment has gotten mixed up in the presidential election. As the New York Times explains, “[A] film by Kathryn Bigelow and Mark Boal called Zero Dark Thirty [about the Bin Laden raid] … was originally scheduled for release in October, but was moved to December after Republicans said it would help dramatize one of the president’s signature achievements right before the election. The project also prompted complaints from some Republicans that the administration had provided improper access about the raid to the filmmakers, an accusation the White House denied.” But unless Penguin feels similar pressure, No Easy Day will be out in plenty of time to theoretically affect the November election.

Taylor Swift's Kennedy Cradle Rob ... and Other Horror Stories From This Week's Tabloids