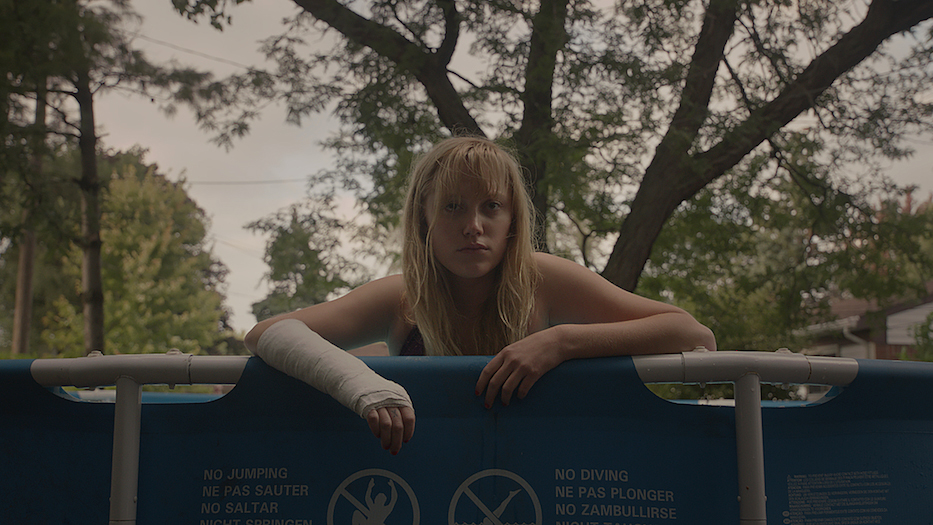 Horror movies don’t want teenagers to fuck. If you sleep with your boyfriend, you’ll get ripped to shreds in your sleep. You’re so horny you think a murderer is just your boyfriend playing tricks on you. You and your friends are so busy doing it that you all get killed one by one. Ever since Carrie got her period in the locker room in 1976, young female sexual awakenings have gotten all sorts of monstrous transformation treatments in film. From the 2007 vagina dentata–themed flick Teeth, to werewolf puberty in the 2000 movie Ginger Snaps, to every other time a sexual experience has been paired with horrific violence, the message is clear: Sex can be scary.

It Follows is a movie about very scary sex. Or, rather, what darkness can bubble to the surface of a teen girl’s life in the aftermath of fooling around. Written and directed by David Robert Mitchell, It Follows is the latest in a long line of sex-as-horror flicks that somehow grounds its terror both in reality and in the otherworldly, making this a smart and thought-provoking movie. The film follows a 19-year-old named Jay (Maika Monroe), a suburban girl with a deadbeat single mom, a younger sister Kelly, and two friends Paul and Yara. After Jay has sex with a boy, she finds herself plagued by visions of something following her, something only she can see.

“This thing, it’s going to follow you,” says Jay’s date. “Somebody gave it to me and I passed it to you.” It’s hard to fully describe who or what this “It” is, or what it wants from Jay, without seeing the film; you’ll want to go in cold. To be followed, to be gazed at by a stranger from a distance, is inherently disturbing, especially for a pretty teen girl like Jay.

With a look not unlike the spooky, dark photographs of Gregory Crewdson, Mitchell transforms Jay’s familiar, comfortable suburbia into a place where her nightmare goes looking for her. Every ball thrown against a window, every student walking down a hallway, and every opening door is a potential scared scream in the making, even if, as happens in a few instances, they are played for comic effect. Watching the film, you’ll be just as paranoid as Jay.

It Follows has a wonderful retro, throwback posture. Mitchell favors almost claustrophobic, slow-zooming shots. Overlaid with a fantastic synth-driven score that sounds like a lost John Carpenter theme, the movie clearly cultivates a vintage feel, much like Ti West’s The House of the Devil or Adam Wingard’s The Guest (which also featured Monroe in a key role).

The story’s time period is undefined, but the film is imbued with a not-quite-antique aura. It’s hard to tell what’s deliberately old-school (Jay’s friend Kelly’s oversize glasses, a Pretty in Pink–evoking teen bedroom) and what’s part of the dilapidated, suspended-in-animation town (her retro school building, an old-timey movie theater with an organist). With a modern car parked on a street here, and someone reading on a futuristic seashell-shaped e-reader there, It Follows deliberately cracks its ’80s sheen, a small move that keeps the film in a somewhat disorienting aesthetic.

The bare bones of It Follows’s story are classic in the way these teenagers interact with the danger imposed on them. In one scene, Jay’s friends try to set a booby trap to catch the entity that follows her. It is a fantastically tense moment — a real eye-shielding thrill — yet the scene has this subtly goofy Scooby-Doo feel to it. These are just teenagers, like A Nightmare on Elm Street’s Nancy Thompson, fumbling in the face of a terrifying power, and trying to catch it with what little they have. To say teenagers stylishly fighting off what is essentially a monster is actually refreshing in scary flicks is a testament to how stale the genre currently is.

It Follows does fit its teenage characters into stereotypes: Kara’s always pushing up her glasses as the nerd; Paul lusts after Jay like a Nice Guy; neighbor Greg is a cute jackass. But Monroe’s turn as Jay is devoid of any cliché naiveté. She is neither the virgin nor the whore. Jay goes from soft and vulnerable to almost crazed, corrupted by fear. Monroe gives a stunning performance, with Mitchell framing her feverish, sobbing paranoia from every angle, like Deneuve in Repulsion. 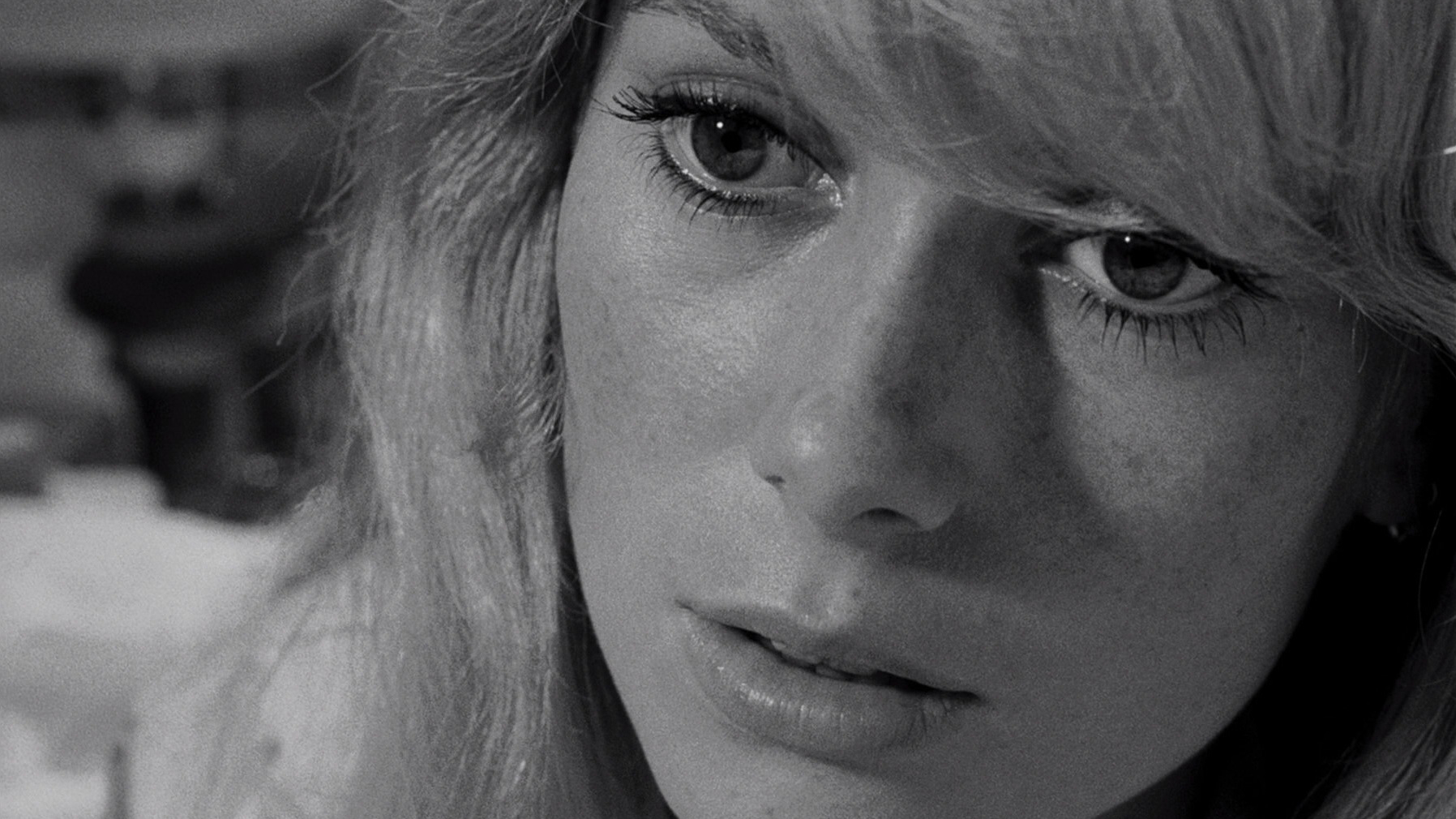 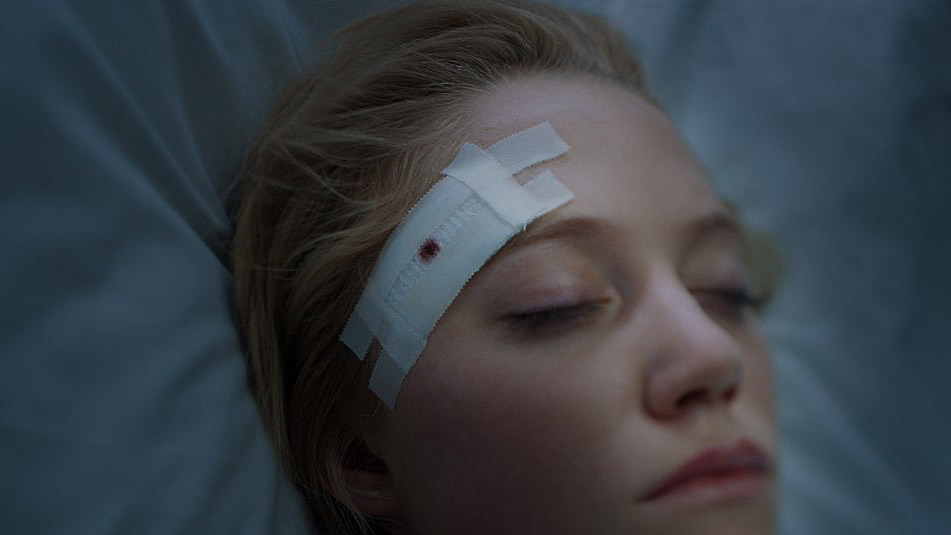 What makes this movie really terrifying is that its premise has roots in reality. This is a movie that will be referred to as an “STD horror movie,” but it’s also a movie about the larger terror that looms every time you have sex with a new person. It Follows looks at the dangers of sex in a way no other horror film has. To rise from a sexual encounter with trauma strapped to your back — a trauma that nobody can see, that builds in its suffocation — is a very scary thing. It’s also very real. It Follows doesn’t fully subvert horror’s history of freaking teens out of having sex, but it takes an already dangerous reality for young people and ups the ante even more. You’ll leave the theater watching your back, while a reminder to get yourself tested lurks in the back of your brain.