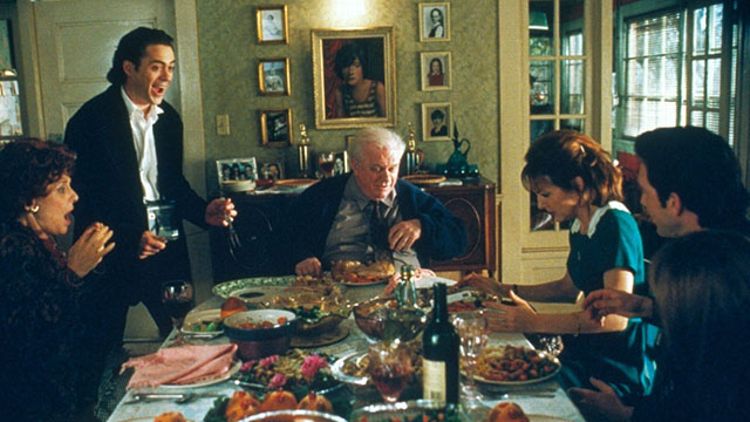 I have a big family, which means that on Thanksgiving, a lot of people show up with food, hangrily wait for everyone to arrive, say grace, eat other people’s food, become immobile for a few hours, and then make a few plates and leave. It’s the best. Somewhere between the arrivals and the comas, however, all the conversations happen. Some are discussions that stem from something on television, some are side conversations, and occasionally there are those amazing moments when it seems as if someone’s been waiting all year just to bring something up. And when that happens, all you can do is sit back and watch it unfold.

It’s pretty magical, watching conversations go from one topic to another, often struggling to find the line that got the family from A to B to C. As I’ve gotten older, however, I’ve enjoyed throwing out a few curveballs in addition to observing, just to see how my family responds to the topics, be they political, sports, music, movies, Tyler Perry, whatever.

But sometimes it’s awkward to start these conversations if they don’t happen organically. It’s not the most natural thing to just stand up and yell over the football game, “BUT WHAT OF KIM’S LACK OF NIPPLES IN THAT “BOUND 2” VIDEO, DO Y’ALL WANT TO TALK ABOUT THAT?”

That’s a bit much.

But that doesn’t mean you shouldn’t talk about it. Because let it be known that tomorrow my family and I are watching that video together and then talking about it. Forever.

So that’s my Thanksgiving game plan. And the following are nine ways I’m considering making pop culture segues on Thanksgiving.

Feel free to use some of these, or think of your own. The point is to know your audience, give it your all, and, most importantly, to remain thankful for the people who helped raise you. In return, you’re trying to educate them about a year’s worth of pop culture in one day. These are the days to truly be thankful for.

Black Mirror, Episode 3, 'The Entire History of You': Total Redo