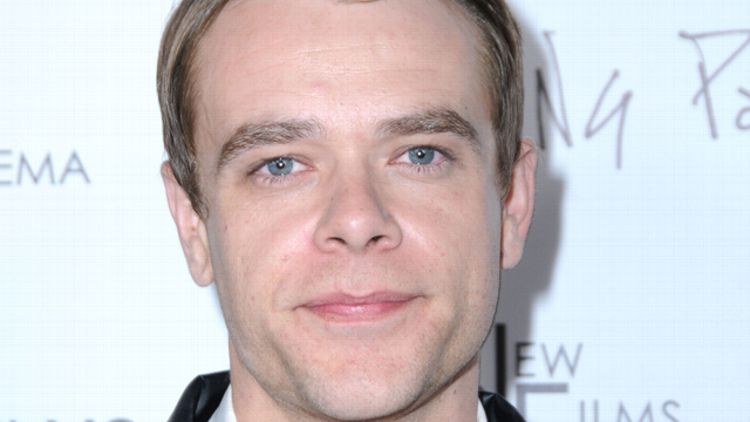 [UPDATE: People reports that Stahl sent friends an “unemotional and unapologetic e-mail” late Friday and indicated he was headed to rehab. His wife, who wasn’t sent the email, is skeptical about the rehab plans.]

At 13, just off the metaphorical bus from small-town Texas, Nick Stahl held his own opposite a disfigured and ranting Mel Gibson in The Man Without a Face. After that, he was a promising young actor, in that way that can become a curse. Later, in interviews, he’d allude in the past tense to substance-abuse problems. But over the years he’d show up, still promising, in grown-up parts — in Todd Field’s In the Bedroom, in a few frames of Terrence Malick’s The Thin Red Line, in Larry Clark’s Bully alongside the similarly promising Brad Renfro. He fought the future as John Connor in Terminator 3.

On Monday, Stahl’s estranged wife, Roseann Marie Stahl, reported him missing. This week, cops armed with his photograph are running down Stahl sightings on L.A.’s Skid Row. One of the ways L.A. remains improbably movielike, even though they make the movies in Vancouver or Budapest now: It still has a Skid Row for missing people to potentially turn up on, and they still call it Skid Row. Roseann Stahl told police he was no stranger to that part of town.

Sometime last week, Stahl was seen outside a West Hollywood apartment complex, in a white T-shirt and tan pants, carrying boxes. This might have happened the day after Roseann Stahl says she last saw her husband, but “after further discussions” the witnesses said they couldn’t say for sure. Unanswered questions. What was in those boxes?

“He does this sometimes,” one of the people who saw him told E! News. “He’ll be back.”

For now, though, we’ve lost Stahl — not forever, necessarily, but for the moment. And this moment, the Missing Famous Person moment, isn’t the same as the moment when a famous person dies, no matter how often one follows the other.

The death of someone notable, no matter how surprising, engages well-worn neurons. We think about what they accomplished, or could have accomplished, how they personified their era or squandered their time. These days, that thinking is more public than it used to be. We search for that perfect YouTube link that explains what they meant to us, why their passing makes us #sad, lay it on the timeline like a wreath, and close the tab.

We never know quite what to feel about the Missing Famous Person, though. We’re supposed to think that missing is better than dead, but on some level we know it isn’t. Missing indicates a self-erasing impulse that testifies to the depth of someone’s distress.

The Missing Famous Person has gone off her meds, dumped his phone, abandoned her car.

The Missing Famous Person’s friends and family are always worried. Sometimes they “fear the worst,” and we always know what this means. It’s ritualized newspaper language indicating a likelihood that the Missing Famous Person’s story — of drug or alcohol abuse, of depression, of suicides threatened or attempted — has probably come to a retrospectively inevitable conclusion, even if nobody wants to come out and presume just yet.

To authorities — the cops, or People magazine, depending — the Missing Famous Person’s friends and family recount the content of the famous person’s last known phone calls or e-mails, in which the famous person said they weren’t sure they could go on, or that they’d be home for dinner.

The families issue pleas for help in public forums. The families hire private investigators. The hospitals are canvassed, and the jails, and the known drug-copping places.

Between the time they’re reported missing and the time they are, one way or another, found, the Missing Famous Person is often more famous than they’ve been in a while. They’re a trending topic.

We’re generally accustomed to being up to date, usually more than we need to be, on the every move of everyone who has ever appeared on a magazine cover for any reason. So when a famous person is out of pocket, it’s hard not to be (sort of guiltily) impressed. They’ve slipped through a hole in the Gossip Matrix, and in doing so they’ve demonstrated, despite all evidence to the contrary, that the Gossip Matrix, so good at catching famous people coming out of Sam’s Club or pumping gas, still has holes.

(The Gossip Matrix doesn’t always take this well. It doesn’t always have the emotional tools. Yesterday, Perez Hilton, or someone doing business in his name, scribbled “Where are you?” on a picture of Stahl, expressed concern for his well-being, and then added, “Remember him in Disturbing Behavior!?! HAWT!!” The “Filed Under” rubric for the post said “Drugs > Wacky, Tacky & True > Sad Sad.”)

So when a celebrity slips off the A-list we joke about them turning up on milk cartons or speculate that they’ve entered Witness Protection, because no longer being famous is a form of being missing. Title of documentary film about the dearth of roles for actresses over a certain age in Hollywood: Searching for Debra Winger.

We think of the famous person’s friends and family and imagine their pain to the best of our ability. But really, we think about ourselves. When a famous person dies we’re reminded that everyone can die, even people who seem instrumental to the world as we understand it. But when a famous person disappears we’re reminded of something scarier — the fact that regardless of who loves us, we can be lost. That we could potentially hurt so badly that we might choose to be that lost.

But every tether is tenuous. We have the potential to disappear. We have the right to. Stahl, an LAPD spokesman told the Daily Beast, “is an adult and if he wants to disappear it is his prerogative.”

Famous people vanish just as easily as anybody else. They walk out of court-ordered rehabilitation programs. They get on a plane, or they don’t. They disappear into the Mississippi River, or the French Quarter, or the sea.

Sometimes the news about a Missing Famous Person becomes poetry:

“Buckley apparently decided to take a swim, and disappeared when a boat came between them.”

“If you stay more than two or three days, you get swallowed up by the street.”

There’s always the possibility that it’s something else, though. We can joke about it without feeling like ghouls, . We’re allowed to find it funny — at least mordantly funny in a sitcom-curse kind of way — when someone like Andrew Koenig, the son of Star Trek‘s Walter “Chekhov” Koenig, drops off the radar, because when Koenig was on Growing Pains he played someone called “Boner,” and we’re only human and so we laugh when Boner is missing, until facts come to light and we know it’s time to feel a different way.

We have the luxury of cynicism until there’s a body. Because c’mon, what kind of person goes missing? The deeply troubled, sure, the doomed, but also the inconsiderate, the oblivious, the bender-prone, even — you never know — the publicity-hungry. Jerks.

And sometimes they do come back. They resurface, sheepish or defiant or bemused, to face bench warrants or enter treatment or head back out on tour. It turns out they just needed to sort some shit out, or they didn’t know anybody was looking for them. Or they were drunk.

When this happens, we’re relieved, and then we don’t care. Silent Bob’s buddy Jason Mewes, the singer from Glasvegas, “Tipsy” rapper J-Kwon — they were lost, they were found, we went back to not caring.

They turn up like Margot Kidder did, squatting in suburban bushes after days spent camping with the homeless. The news described her as “dirty, frightened and paranoid” and noted that she was missing teeth. (She’d actually just misplaced a dental prosthesis, but that’s not how the story gets told.) Sometimes the Missing Famous Person gets her dosages straightened out and publishes a memoir, which ends with the person coming back into the light of the talk-show circuit.

Most of the time, though, it’s exactly what it looks like. For every Margot Kidder, there’s somebody like Philip Taylor Kramer, who played bass in a post-peak incarnation of Iron Butterfly before becoming an aerospace engineer. He leaves his home in Thousand Oaks to pick somebody up at the airport. Later that day he calls the police, tells them he’s planning to kill himself, and that O.J. Simpson was innocent — “

Finally, years later, he’s found in the bottom of a canyon near Malibu. Bones in an Aerostar. It turns out that he did it, after all that, although corners of the Internet remain convinced that he was whacked because he’d discovered time travel.

Missing is better than dead because you never know, because they might still be reachable, but it opens up “if only” as a line of thinking, and that’s sadder.

On March 31, 1994, Kurt Cobain hopped the fence of a Los Angeles rehab center and boarded a plane back to Seattle. On April 8, he was found in a greenhouse above the garage of his home, dead of a self-inflicted gunshot wound.

The last famous person to see Cobain alive was probably Guns N’ Roses bassist Duff McKagan, who bumped into him in the departure lounge at LAX while waiting to board the same flight. In his 2011 rock-and-recovery memoir It’s So Easy (and Other Lies), McKagan wrote:

We were both fucked up. We ended up getting seats next to each other and talking the whole way, but we didn’t delve into certain things. I was in my hell, he was in his, and we both seemed to understand.  When we arrived and went toward the baggage claim, the thought crossed my mind to invite him over to my place. I had a sense he was lonely and alone that night.

But gawkers swarmed them at the carousel, and Cobain bolted for a waiting limousine. Regarding the days that followed, the in-between period, we have only speculative nonfiction, conspiracy theories, the usual tapestry of discrepancies. He was spotted around Seattle on April 2nd and 3rd but not on the 4th. That day Courtney Love filed a missing persons report with the Seattle police, listing him as “ARMED W/SHOTGUN” and his mental/physical condition as “UNK.”

At some point during the week between L.A. and the end, Cobain came home, without anyone else noticing.

Somewhere deep in rock journalist and onetime Nirvana intimate Everett True’s spiraling autobiography-as-history Nirvana: The True Story, there’s the story of the two Cobain associates who, while searching the house for Kurt one more time, “discovered the bed unmade in the master bedroom, cold to the touch — with MTV playing, muted.”

It’s the one detail that’s always jumped out at me from the reams of speculative nonfiction concerning that last week. Kurt walking the halls of his own house, talking to no one. The Missing Famous Person, still here but already gone, rehearsing for a role as a ghost.

Trailers of the Week: The Good Doctor, The Do-Deca-Pentathalon, Hit and Run, and More