News Alert: It Is Possible Kate Upton Will Be the Female Lead in the Entourage Movie 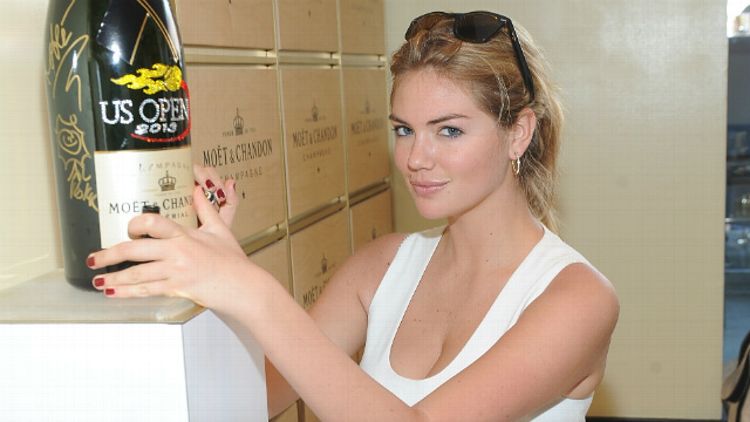 The Entourage movie — a go, if you hadn’t heard, a delicious, delicious go — produces news at such a breakneck pace that we’ve added four analysts to the beat, lest some tray-passed morsel fall to the floor before we can greedily devour it. When you’re on 'Rage duty, eternal vigilance is required; there is precious little time before the gang reunites before the cameras (in January, tell your personal assistant to tell Siri to mark your calendar), and so many dreams to catalogue, so many overflowing champagne flutes to hold aloft in celebration of the most-anticipated cinematic event of 2014. The Moët is chilling; we are not. We are here to serve. We are your spiritual Turtles. But enough about us and our behind-the-scenes efforts: There is news to discuss.

Oh, there is news! According to TheWrap, supermodel/budding actress/dougie evangelist Kate Upton is “being eyed” as the female lead. Discussions are in the “early” stage, and her representatives deny even the hint of ongoing talks — cue Ari Gold storming into their offices with an entire box of BlackBerrys, which he calmly launches at their heads until his demands are succumbed to, as Lloyd treats any resulting scalp wounds — but the casting is too perfect not to happen. She must be Vince’s love interest. Who is also desired by Drama. And, in a twist you weren’t expecting: E, because, you know, the Sloan situation has become complicated again, doesn’t realize how much he loves her, and wouldn’t that blind dedication be so appealing to Kate, who’s not going to just walk the sexual plank onto Vince’s water bed because he batted those weepy-palm-tree eyelashes at her? (Turtle will keep his distance.) Oh: And Upton must play herself. She’s gunning for a breakout role as Lois Lane, because Vince is already being fitted for the Superman unitard in Billy Walsh’s reboot — Affleck’s not the only one who can upgrade comic-book franchises — and let us just say that their chemistry read will be all fulminating test tubes and lab coats shredded into tatters. You can’t fight that kind of connection, not for long.

Again: Reps are in the early denial phase and we have no idea if she’ll be cast or what the role will be. But: She will be cast and she will play herself. (Unless Meryl comes through. Don’t count her out; you heard it here first.) So: Go ahead and pop your cork. You can’t put magic like this back in the bottle. Oh, yeah. Here is an Instagram of Doug Ellin with Marty Scorsese.