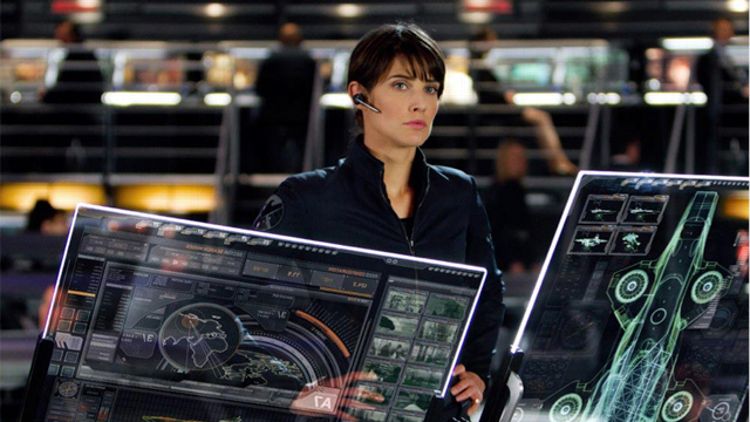 Next week, once the barbecues, boat shoes, and Breaking Bad have been safely packed away for another season, the pop cultural apparatus — yours truly included — will pivot to focus on the annual parade of hope and hype known as fall television. With great fanfare, the traditional broadcast networks will unveil their fresh product to the skeptical masses. Features will be dutifully written on stars both new and returning, wildly optimistic predictions will be made, misgivings will be muted, bets will be hedged. But with the hot sun still shining and most of Hollywood still on vacation, here’s a hard truth: Most of the new shows being debuted in September are lousy. And, like alopecia-stricken bears, precious few of them will survive the winter.

Networks have had it bad for a while now, thanks in large part to the rise of cable TV, both in ratings and acclaim. But 2012 seems to represent a tipping point. For the first time in history, all of the shows nominated for best dramatic series at next month’s Emmys reside higher on the dial. And after a few years of tepid, occasionally  fascinating experimentation, the majority of this year’s freshmen carry with them little but the musty aroma of dried flopsweat. NBC is stringing along its cache of critically adored/commercially ignored sitcoms with halfhearted, half-season renewals while filling out its schedule with showboating monkeys and stale white-bread hours like Chicago Fire. CBS and ABC are standing behind — hopefully well behind — retro stinkers like Partners and Malibu Country, while Fox seems dead set on proving once and for all that mature content has no place on broadcast, with the unintentionally dopey Mob Doctor. (Over a decade after The Sopranos it’s kind of hard to buy into a show in which tracksuited mobsters call each other “trash pails.”) The heavily hyped Go On is a pale imitation of Community. Revolution is a wan search for the next Lost. Around and around the same ideas go, slowly circling the creative drain.

Yet even in the midst of such mediocrity, a few flowers bloom. Surprisingly, the best of the lot is, on paper, the least interesting. ABC’s Nashville could have been produced in any year out of the last 30: It’s a broad, sassy soap set in the heart of Music City; there are twangy duets, illicit hookups, and shady backroom political shenanigans. But thanks to a roaring Connie Britton performance, a crackerjack script (by Thelma & Louise scribe Callie Khouri), and an unapologetic air of fun, the show soars. It’s not reinventing the wheel, merely showing how useful a well-made wheel can be. It’s also a welcome and overdue reminder that the Big Four networks ought to stop chasing cable and get back to being what they — and only they — are good at: telling big stories aimed at the biggest possible audience. And while the coming fall season may not offer much proof that this lesson has been received, a few headline-grabbing news stories from yesterday suggest otherwise.

First came reports that Eddie Murphy — last seen ducking out of Oscar-hosting duties in the back of Brett Ratner’s Red Bull–mobile — had partnered with veteran TV producer Shawn Ryan (The Shield, this season’s other good ABC show, Last Resort) on a pitch to develop Beverly Hills Cop for television. Let’s all remove the bananas from our tailpipes right now and admit: This is a fantastic idea! The film’s racy mix of action and humor is right in the broadcast wheelhouse: They’ve got the budget for large set pieces and a proven ability to do funny much, much better than gritty. And Ryan is the right man for the job. Not only does he have the experience to pull off a big-ticket gamble like this — if you can work with David Mamet, you can work with anyone — he’s also got the résumé. Ryan’s last series was the late, should-be-much-more-lamented Terriers, which featured a fast-talking grit that wouldn’t have been out of place in the lobby of the Beverly Palm Hotel. Even more promisingly, Murphy is reportedly willing to cameo as Axel Foley — the rumored story would revolve around Foley’s son (Hey! Donald Glover will most likely be free in, oh, 13 weeks!) — which only adds value. According to Vulture, all four nets heard the pitch yesterday, but it seems to me NBC would be foolish not to swig this thing down like an espresso with a little twist of lemon. With Michael J. Fox already in the fold, the Peacock could double down on its commitment to bringing back its glory days of the 1980s, when it wasn’t just the only game in town, it was the best.

Yesterday’s other noisy headline also concerned a property moving from the big screen to the small: ABC has signed Joss Whedon to develop and co-write a weekly series based on the Marvel property S.H.I.E.L.D., a kitted-out homeland-policing crew last seen assembling the Avengers under the watchful, solitary eye of Sam Jackson’s Nick Fury. (Here’s the obligatory disclosure that ABC, Marvel, and Grantland all share a parent company in Disney.) Again, no snark here: This sounds tremendous. Although the global grosses of Avengers are approaching Tony Stark bar-tab levels, Whedon is still a TV guy at heart — his gift for banter is better suited to a 2-D format. A kicky espionage show set in the same universe as a gazillion-dollar movie franchise sounds like that rare thing: good business and good fun. (And it’s already started some wondering about Cobie Smulders’s long-term job security on How I Met Your Mother; the actress was a crucial un-caped figure in the movie and is a lot more affordable than, say, Jackson. I bet Harry Dean Stanton’s available, though!)

Both of these announcements suggest a way for the hoary old networks to compete within the larger, quickly shifting cultural landscape for a change, rather than merely ignore it. It’s a strategy employed by Broadway, another once written-off institution, to great success; sure, purists may scoff at spectacles like Spider-Man: Turn Off the Dark and blue magic like The Book of Mormon, but both have garnered huge headlines and Ô this is key — new audiences. It’s odd that TV — always the most self-loathing of major mediums — has so far resisted looking outside of itself for salvation. They’ve already got the supersize budgets and reach; now it’s time for ideas and swings to match them. Going big is the networks’ last — and best — chance to get back into people’s homes.

Overplayed Song of the Week: Kirko Bangz, 'Drank in My Cup'