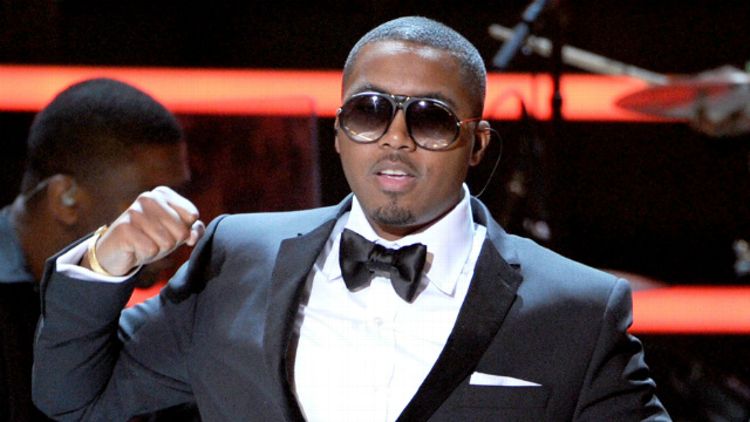 Nas released an album. And now Nas is no. 1 on Billboard‘s 200. That’s a thing that has happened six times now. That’s pretty impressive.

Nas may not have ever settled into the role many were hoping for (Best Rapper Ever, basically; GTFOH if you think he is, BTW), but he has had an unquestionably enjoyable narrative to follow. He’s gone from Genius (Illmatic) to Great (It Was Written) to Disappointing (basically everything from 1998 to 2000 except “Hate Me Now”) to The Bastard Who Recorded “Braveheart Party” (Stillmatic; #WeWillNeverForget) to The Guy Who Married The Girl Who Sang About Milkshakes (when he married the girl who sang about milkshakes) to Genius Again (Untitled) to OK, That’s It, He’s Probably About to Go Insane (that album he did with Damien Marley) and now, with new album Life Is Good, possibly back to Genius (at the very least, Great).

Along the way, he’s picked up a few unfriendlies, though. So, an accounting of his beefs, ranked from least to most obscure:

The Nemesis: Jay-Z
Why It Happened: To be as reductive as possible: Biggie died and New York needed a new rap king. (Note: This should always be reason enough to void any “Jay-Z/Nas is better than Biggie was” argument. Unless you lose points for dying. Then there’s maybe a shot.)
Who Lost: Nas. I mean, “Ether” was better than “Takeover,” and Nas might right now be a better rapper than Jay-Z, and Nas has always just felt edgier and cooler, but Nas married Kelis and Jay married Beyoncé. Nas loses.

The Nemesis: Jesse Jackson (and Al Sharpton and Oprah and for some reason 50 Cent and a few others too)
Why It Happened: Because Nas thought he’d get a lot of LOLZ if he called an album the N-word (but with the –er at the end, not the –a). The amount of LOLZ were negligible.
Who Lost: Well, Nas relented, eventually telling people to just call the album Untitled, so I guess technically he lost. But, I’m saying, have you ever even seen Jesse Jackson’s eyeballs? They’re extra weird. So he kind of loses too.

The Nemesis: Bill O’Reilly
Why It Happened: An angry man with poor eyesight murdered nearly three dozen people at Virginia Tech. Nas performed a free concert there months later with several other artists. O’Reilly said that Nas shouldn’t have been there because Nas rhymed some words with “gun” in his song, so obviously he’s the same as a mass murderer.
Who Lost: Bill O’Reilly, because Bill O’Reilly always loses. The best of those: the sexual-harassment case filed against him by a producer. When the court documents came out, everyone saw all of the slick stuff he was saying to her. He told her he wanted to massage her [YOU KNOW] with a loofah, and that’s pretty funny in itself, except he didn’t call it a “loofah,” he called it a “falafel,” and that’s 1,000 times funnier. He confused fried foodstuffs with a sponge you use to clean your body. She was probably hella confused.

The Nemesis: Kelis
Why It Happened: Because nobody told Nas that you’re never, ever, ever supposed to marry a girl who refers to her vagina as any sort of milk-based dessert. I’m pretty sure that was one of the exact rules that the coach from Teen Wolf laid out.
Who Lost: Nas. He was ordered to give Kelis upwards of $50k per month as part of their separation. She needed that much so she could “live,” she said. Nobody needs $50k a month. Or, unless I guess if she had 49,000 of his kids, then maybe she might. But she didn’t. She had one. That’s 48,999 away.

The Nemesis: Consistency
Why It Happened: Because sometimes when you’re a man, your ego convinces your brain that a bad idea is a good idea. Three unforgivably bad songs from God’s Son:

3. Nas vs. The Government

The Nemesis: The IRS
Why It Happened: Same thing that always happens with these situations.
Who Lost: Nas, obv. The IRS doesn’t play. They’re not like Blockbuster. You can’t run up your tab, disappear for a few months, then pop back up with a new address and everything’s good. The IRS will always get their money. They’re basically the greatest pimp of all time.

(Also: If you’ve never had to say, “Nah, I can’t go to that Blockbuster. I owe them, like, $28 because I didn’t return Demolition Man,” then I’m pretty sure nobody on the planet likes you.)

The Nemesis: The Social Network
Why It Happened: There is a song on Life Is Good in which Nas says, “This morning I got a call, nearly split my wig. The social network said, ‘Nas, go and get your kid.'” THE SOCIAL NETWORK. You know who calls the social network “the social network”? Grandparents (and maybe David Fincher, too, I don’t know). Two years ago my mom called me and told me she sent me “an electronic mail.” I bet Nas tells people he’s going to send electronic mail all the time.
Who Lost: Nas

The Nemesis: The Part in His Hair
Why It Happened: Every noteworthy rapper has that one thing that you’ll always associate with him (or “her,” I suppose, but more than likely “him”). Jay has the Yankees cap, Biggie has the crown, Drake has his eyebrows, KRS-One has his nose, etc. Nas has the hair part. Sometimes it’s there, sometimes it’s hiding in his pocket. But it’s always there.
Who Lost: We’ll call this one even-steven. 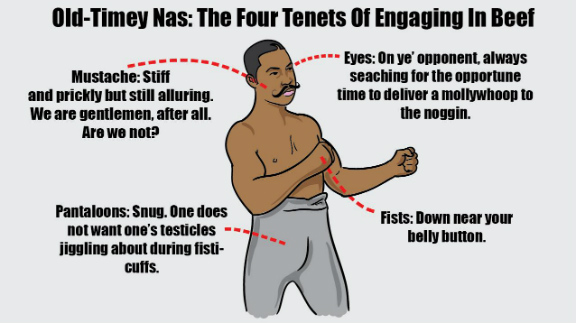 Shea Serrano is a writer based in Houston. He is a columnist for the Houston Press and L.A. Weekly, and has written for XXL, SLAM, URB, the Village Voice, and more.

Just a Couple of Normal People on a Stage: LCD Soundsystem's Shut Up and Play the Hits and Katy Perry's Part of Me