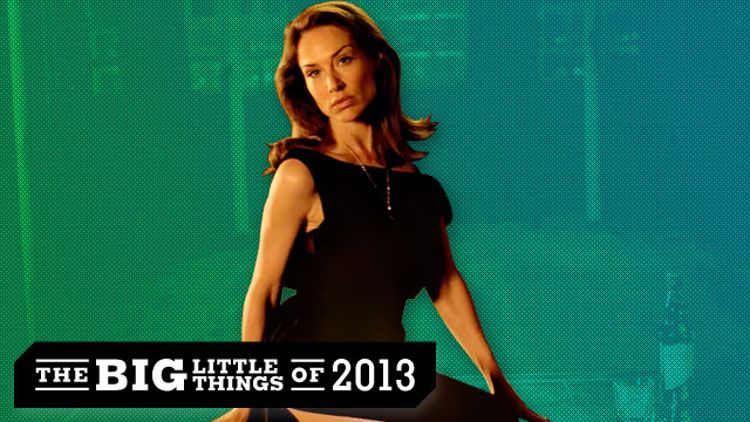 Are you thirsty, Angus? calls the voice inside your head. It’s not the usual voice of want, the whiny nag that impels you to action. This one hisses, it lilts. You puzzle over it for a moment before realizing, yes:

You are thirsty, Angus.

The voice knew. It knows.

And all goes dark.

You find yourself in front of a warehouse. No, a factory. It is night. You have no idea how much time has passed. But somehow it feels like that doesn’t matter at all, that you are outside of time. Perhaps time is what is made in this factory. Perhaps that’s why you’re here, standing on the wet pavement, looking at a staircase that winds its way up the structure like an iron dragon guarding its infinite hoard of minutes, of seconds, of lost hours and days. You look up and see something moving in a window, a glint in the dragon’s eye.

It’s a woman. She meets your gaze and disappears inside. In the distance, a siren moans. You’ll never know if it’s crying for a faraway accident or whatever’s about to happen to you as you’re suddenly pulled up the stairs, leaping three or four scales at a time, by a force beyond your control. You approach the landing. You see a pair of stiletto boots. A severe face. Two severe faces. Three. Eyes smoked and hair swept aside by hot breath as the dragon disgorges them. They know what you’re about to know.

They do not look thirsty.

A door slides open. It’s heavy because it guards something.

The voice returns. You might be wondering, is this the one you want? Or is that? You see the woman from the window, perched on the end of a desk in a poorly lit room, exposing one leg. No, uncoiling one leg. There is a bottle on the table next to her.

You are 20 feet away from her, and then you are inches away from her. Your faces meet. Hers is familiar, even if you can’t immediately place it. But you know it is her voice inside your head, the voice of the thirst. She gestures to a glass containing a single, perfect ice cube, next to a bottle of scotch. It’s not your brand. Is it anyone’s brand? But you are thirsty. Will she pour you a drink, slake the thirst?

Not yet. She withdraws the hand, twirls her necklace between her fingers, draws it to her lips. You still can’t place the face. Is she the beautiful girl from the mall, the one you knew long ago?

“You never really know what’s best. Till you taste it. For yourself.” The voice is now outside your head, in her mouth, as she cracks the neck of the bottle like an assassin emerging from the shadows to kill her unsuspecting prey. It’s in this gesture that you recognize her. She is Death’s girlfriend. She has learned from the master. You want to ask her about what happened between them that she’s now slinging midrange cocktails inside dreams instead of ruling the kingdom of eternal sleep beside him. But you know this is a difficult question, an unfair question, as Death craves youth above all, and she’s certainly not as young as she was back at the mall, or in that coffee shop, when it seemed like time might stand still for her. For both of you. Death takes what he wants and moves on to the next thing. What happens next isn’t his problem. He didn’t invent the system, even if he’s a creature of it. It’s not his job to make sure everyone’s life plays out the way they’d hoped it would.

She realizes your attention is elsewhere, that you’re drifting off, that the spell might be breaking. She pours. Raises the glass. Takes a sip. Draws a finger along the glass’s gold rim. She reaches for the bottle. Again, not your brand, but at this point, the label is irrelevant. The thirst is unbearable. A parched man in the desert does not stop to ask for top-shelf oasis water. He drinks greedily from the guts of a cactus. From a wrung-out rag, if that’s what’s on offer.

It’s your turn to drink.

“Are you thirsty, Angus?” It’s not the whisper from earlier, the invitation that brought your here. It’s a taunt.

She grabs the bottle and runs. She’s through the back door before you can flinch. You’re left standing there with nothing but the echoes of her triumphant cackling, the half-remembered song that wrecked the boat of your thirst upon the icy rocks in her glass.

You are still thirsty, Angus. And so you pursue.

You find her on a rooftop. She paces, drinks, teaches. “So you might be asking yourself, how much can I do? But you know … speed is often the enemy — ” You blink and day becomes night, the city lighting up behind her like it’s her stage, ” — of pleasure.”

She kills another bottle. Drinks again.

Will you drink together, finally?

She walks to the roof’s edge. Steps off. Disappears.

You are still thirsty, Angus. And so you jump.

A warehouse now. A fan stops. It’s so hot that ice cube jumps from a glass and back into a pair of tongs, hoping to be delivered back to the safety of its bucket.

She is here. Everything is gold. Her voice is both inside and outside your head. “You should be asking yourself” — there’s the sickening crack of another snapping neck — “what is sweetness without a little bite?” She tears through a window screen with her fingernail. A single bee alights, delivers a sting, as if on cue.

She gasps. You gasp.

She stirs her drink with the stung finger, sucks out the poison. Then she places the open bottle on the windowsill, beyond the torn screen. Beyond your reach.

Is it finally time for you to drink?

The fan whirs to life, breaking the heat. You reach outside for the bottle.

“Be careful, Angus.” But it’s not a warning. You know a threat when you hear one.

And that is when the bees come. The swarm fills the room in an instant.

The glass never reaches your lips. Where there was air, there are now only bees. So many bees.

You are still thirsty, Angus.

You will always be thirsty.