My Not Really Bon Iver Song of the Year: Volcano Choir’s “Alaskans” 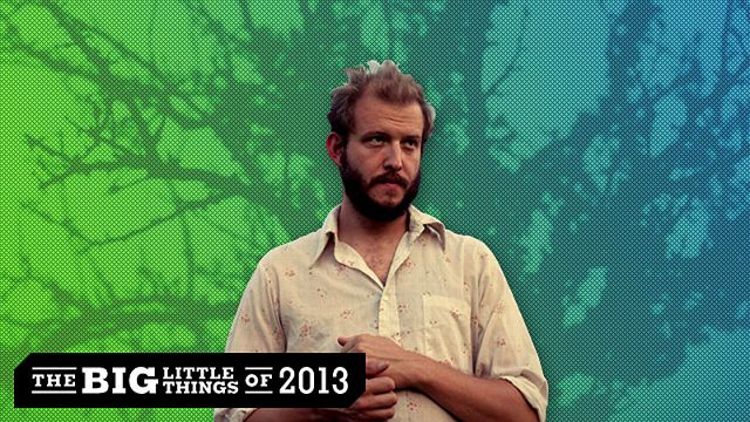 To be clear, Bon Iver released zero songs in 2013, which was a shame. The act is at best on hiatus, at worst deceased. But Justin Vernon, the 32-year-old Wisconsinite who created Bon Iver alone in a cold cabin before adding eight people on the second record, has been hustling. In April, he dropped the unfussy, falsetto-free Grownass Man with the bluesy Shouting Matches, a self-described “let’s drink 20 beers and have fun and play gospel music” project. In June, Vernon appeared on three of Yeezus‘s 10 tracks, threatening to steal Kanye’s shine on “I’m in It” and “Hold My Liquor.” The latter has to be one of the best songs of the year, but it’s about as close to a Bon Iver cut as “On Sight” is to a Run-D.M.C. joint. The Vernon snacks were good, but the Bon Iver faithful stood at 0-2 for the year.

Then came August’s Repave, the second release from Volcano Choir, yet another band starring Vernon. “I read somewhere that people are thinking Repave sounds like another Bon Iver album,” Vernon told Esquire, “but I’m not gonna go out there and say, ‘No, but you don’t understand!’ because that’s people’s opinions. It’s just so clear to me that Volcano Choir is such a band, such a new thing that came from absolutely new songs. It’s such a Repave!” I was one of those happy doubters at first — Repave sounded far from 2007’s For Emma, Forever Ago, but close enough to 2011’s Bon Iver, Bon Iver to immediately delight the fanatic in me, the guy who spent half of 2012 hunting down unofficial remixes and compiling them just so I’d have more Bon Iver in my iTunes. Enough spins through Repave, though, had me hearing Volcano Choir’s distinct style, an idiosyncratic collage of sounds that weirded me out too much on the group’s first album, Unmap. I could tell this didn’t really overlap with Bon Iver. “Alaskans,” though, felt like the sequel to “Holocene.”

Musically, the comparisons are ready-made. Both songs feature simple chords with velvety flourishes swaying at the edges, all built to showcase Vernon’s singular performance. Like most Bon Iver tracks, “Alaskans” finds warmth in wintriness. Vernon hovers near a deeper register, one he’s taken for a walk on Bon Iver’s “Blood Bank” and an incredible live version of “Beth/Rest.” As on “Holocene” and so much of his work, nearly everything Vernon sings is incomprehensible. But also as on “Holocene,” there’s a quick cascade of clear words, running like medicine: First it was “I could see for miles, miles, miles”; now it’s “decide, decide, decide, decide, repave, repave, repave, repave.” As with “Skinny Love” and “re: Stacks” and “Michicant” and “Beach Baby,” it’s a song I can and do play anytime, as many times as I need.

Ticking off a checklist isn’t important, here, though. Bon Iver is meaty enough for me to chew on most days of the week, and “Alaskans” just feels like a Bon Iver song, even if Vernon told Amos Barshad he didn’t write anything except the lyrics on Repave. Vernon’s voice and a simple arrangement is enough, at least this once. The Kanye songs, Grownass Man, the rest of Repave: They’re like Skyping with your best friend, having a great talk, laughing, easily recognizing your oldest buddy through the screen. But “Alaskans” is the moment he walks off the plane and he’s home.

Do You Like Prince Movies? Podcast: Her and Spike Jonze