Mob City: The Suits Are Nice, But We’ve Seen Them All Before 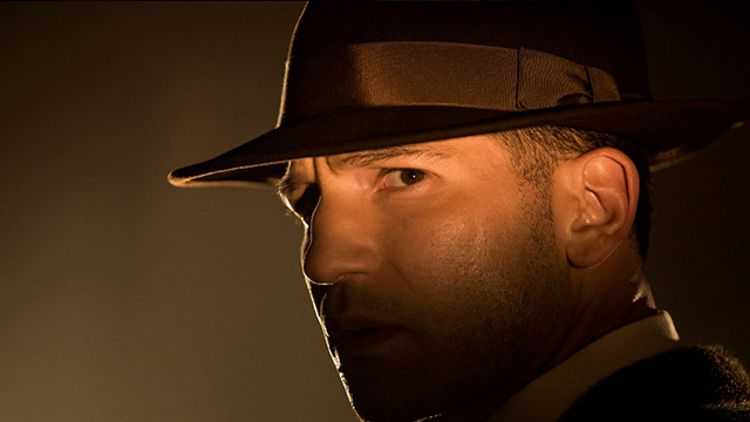 You can’t blame Frank Darabont for being sick of the future. After adapting the dystopian The Walking Dead for AMC and steering it to gargantuan ratings, Darabont was summarily fired midway through the second season. (The end of the world continued just fine without him.) Furious and bitter, the onetime Oscar nominee (for the midcentury set Shawshank Redemption) quickly sought solace in the familiar comforts of the past. Mob City, which premiered last night on TNT, is the result of that backward dive. It’s a noir tale of 1940s Los Angeles, all square-jawed lugs in short ties and long-legged dames in tight gowns. Cigarettes are smoked like hams, cocktails drained like boils. The lighting is suitably dim, the morals appropriately hazy, and the suits tailored to perfection. Too bad they’re also empty.

No flesh is devoured in Mob City, but there’s a touch of zombie to the show nonetheless — its appearance is instantly recognizable, but no evident humanity lurks underneath. It’s obvious that Darabont is crazy about the time period, but that’s also very much the problem: The series, which tracks the collision of made-up cops and some famously real-life robbers, has the claustrophobic feel of a personal fetish or fantasy. Everything is too neat; even the lawlessness is remarkably tidy. Mob City isn’t about the real Los Angeles of the ’40s or even the pulpy entertainments that era both produced and inspired. Instead, the show, with its preciously clipped banter (“It was guys like them who made the Roaring ’20s roar”) and sumptuous set design, seems primarily drawn from Darabont’s own enthusiasm for said entertainments. It’s a picture of a picture, an imitation of a fake. Darabont hugs the setting so tightly, he smothers it.

It doesn’t help that series star Jon Bernthal was last seen sweating and scowling on The Walking Dead (he played Shane, the redneck Hyundai enthusiast who cuckolded his best friend). As Marine turned cop Joe Teague, Bernthal is as subtle as an uppercut and half as interesting. He seems to have borrowed former costar Andrew Lincoln’s Batman growl, the better to mutter expositional claptrap about living in an ethically ambiguous world full of “gray hats.” Really, Teague’s just another in a long line of cable antiheroes meant to be lauded for doing unconventional things in the most conventional way possible. In the case of Mob City, that means playing the angels against the devils for the sake of (sigh) true love. The former are represented by Neal McDonough’s clean-cut chief of police William “Billy the Boy Scout” Parker, a legitimately interesting historical figure who comes across here as disappointingly stiff, the sort of plot-advancing robot who explains his own nickname. The devils are represented by a troika of hoods: the very real Mickey Cohen and Bugsy Siegel and the composite Sid Rothman. It’s disappointing that the latter two are played by obvious goys Edward Burns and Robert Knepper, though at least Knepper, late of Prison Break, has his own creepily sadistic vibe. Burns, with his glad-handing, ruddy charm, makes the least convincing onscreen Jew since Robert De Niro went kosher in Casino and possibly since Charlton Heston climbed the mountaintop in The Ten Commandments. The moll in the middle of all of this is Jasmine Fontaine, played by Alex Davalos with a healthy dose of Lauren Bacall’s husky whisper but not nearly enough of her knowing smirk.

In the first half of last night’s two-hour pilot — TNT is burning the six-hour series off in three weeks as either an experiment in Netflix-like bulk programming or an admission of failure — Simon Pegg made a surprising cameo as a desperate nightclub comedian seeking to blackmail the bad guys to get the girl. Pegg, best known for high-pitched English panic, brought an ace accent and a dose of personality to a show desperately in need of some. (As with The Walking Dead, Darabont once again demonstrates a worrying habit of mistaking attribute for character. In the Mob Squad alone there’s Hat, Fat Guy, Other Fat Guy, Old, Skinny, and Dr. Arzt.) In the movies he’s made with Edgar Wright, Pegg has established a knack for celebrating cliché with the right balance of winking and affection, and he put it to good use as the doomed Hecky Nash, a role that required both a groan-inducing speech about L.A. (“This city is so damn beautiful … but only from a distance. Up close it’s a gutter.”) and a monologue bound for the McBain hall of fame (“Now it’s my turn to win!” etc.). Watching Pegg play his scenes with the unblinking Bernthal was like watching a kickboxer spar with a brick wall. He was easily the most compelling thing on camera, even when he was bleeding out into the dirt.

It’s not that I don’t like the world Mob City conjures up, it’s just that there are so many superior ways to visit it. In his darker moments, perhaps when browsing the ratings for the latest episode of The Walking Dead, I think Frank Darabont might even agree. Why else stage the pilot’s big confrontation amid the exact same oil derricks where the infinitely superior L.A. Confidential climaxed? There’s homage and then there’s riding coattails like a vintage Packard. Devoid of that film’s wit, nuance, and weight, Mob City doesn’t bring the past to life so much as remind us of its age. There’s an endless amount of smoking onscreen, but precious little fire.

With a few notable exceptions — Mad Men, certainly, plus Masters of Sex and The Americans — most television period pieces end up in similar straits. Like Mob City, shows like Magic City, Hell on Wheels, and Copper are cocooned costume parties, forever substituting style for substance. Instead of using the fixed nature of history as sturdy columns to bend story around, these simulacra series use that inflexibility as a crutch, a self-imposed limit on ambition. (This is an argument I’ve used in the past against Boardwalk Empire, but the recently ended fourth season had me singing a different, no doubt jazzy tune.) It’s an easy way to avoid the challenges (and subsequent rewards) of diversity, of creating parts for women that aren’t mothers or whores, of making audiences pay attention to the words coming out of characters’ mouths, instead of using the cigarettes and alcohol they keep jamming into them as distractions. (For their part, the actors always look like they’re having a ball, but that’s because it’s much more fun to play dress-up than it is to watch other people do it.)

Moreover, as cable TV moves toward a blockbuster age that privileges a catchy premise over the creative ability to sustain it, period pieces are likely to become even more prevalent. Not because they’re necessarily better, but because they’re easier to package into a digestible pitch. The Wire‘s David Simon and George Pelecanos are said to be working on a disco-era drama for HBO. Orange Is the New Black creator Jenji Kohan just sold a Salem witch trial series there as well. AMC recently unveiled the trailer for Turn, its upcoming Revolutionary War spy series, and it’s merely the first salvo in what has become the network’s all-out war on the present day: Also due in 2014 is Halt and Catch Fire (’80s computer geeks in Texas), and potentially on tap for 2015 is Knifeman (18th-century London bloodletting). As much as I’d like to fault this sort of backward thinking, I can’t, at least not from a business standpoint. A historical era is a recognizable, preexisting property as much as a Harry Potter book or a board game — and a much cheaper one to boot. Setting an otherwise negligible series in an earlier decade gives it an instant marketing hook, one that might even help offset the swollen costume budget. The past is safer. We’ve literally been there. We’ve actually done that.

This is all well and good, but it’s certainly not great. Cable TV is flush with money and possibility; the only limits on the types of stories it can tell are the imaginations of the storytellers. But I wish those imaginations would sometimes stay a little more grounded. More than anything else, what’s missing from the airwaves in 2013 is 2013. I can count on one hand the cable shows actively concerned with the present day. (Interestingly, this is one area where the traditional broadcast nets are winning, thanks to here-and-now shows like Parks and Recreation, Parenthood, and The Good Wife.) This is an enormous shame, not only because we’re cursed to live in interesting times, but also because it suggests an unwillingness on the part of some creators to use television the way all great artists have used their chosen media: as a way to engage in the messy business of reacting to and commenting on the world. And by that I mean the world as it is: ungraspable, occasionally frivolous, often terrifying. Not the world as it was or as it won’t be. TV has proven more than able to show us things we’ve never seen before; airless projects like Mob City take a perverse pride in presenting us with nothing new. The real trick would be taking the hopes and frustrations of our everyday lives and depicting them in a way we’ve never considered, with a perspective we can’t achieve on our own. And I hope someone tries it soon. After all, the present has a nasty habit of very quickly disappearing into the past.

My Anti-est Antihero of the Year: Nashville's Juliette Barnes

HBO Freshens Up Real Sex for Round 2 With Sex/Now