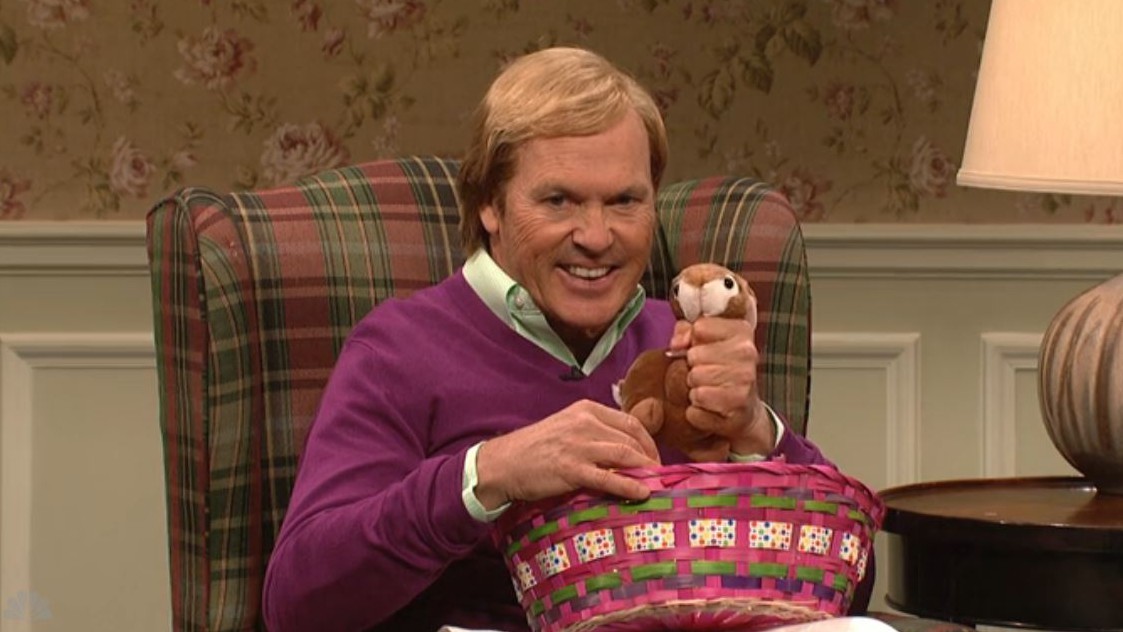 Michael Keaton first hosted SNL in 1982, after Night Shift, but before Mr. Mom. He returned in 1992, in the months after Batman Returns, in the wake of his peak stardom. And in 2015 (specifically, on Saturday) he came back once again — as an Oscar-nominated actor in one of the weirdest big movies of all time.

As you can tell just from the cataloging of those Studio 8H call-ups, it’s been a remarkable, strange career for the calculating madman. And with that kind of longevity comes a certain warmth. Most of us who grew up with the original Bruce Wayne probably don’t even recall his original casting being controversial; we just remember Keaton as the perfectly understated Batman holding it down in manic Gotham, always millimeters away from a smirk or a raised eyebrow. (I say this not only as a civilian, but also as a guest participant in good standing in the world’s foremost Michael Keaton podcast, Meetin’ Keaton.)

As our own Mark Harris wrote in February right before the Oscars: “When I interviewed Keaton in September [for Entertainment Weekly] before [Birdman] opened, I noted that his refusal to debase himself by claiming that the character he plays — aging, humiliated, desperate for a comeback — was autobiographical ran the risk of ruining a perfect, glib Oscar-season narrative. I was joking, mostly, although some have since suggested that the 63-year-old actor’s disinclination to appear sufficiently needy might actually damage his chances.”

Keaton wound up losing, to Eddie Redmayne’s excellent, waaaay actorly take on Stephen Hawking. Would it have gone differently if he’d sad-sacked it up a bit more? Ah, who cares. You wanted our dude to dance for the Academy? Nah. Fuck ’em.

“What I may lack in talent from time to time, I think I make up for in balls,” Keaton told Harris in the EW piece. “I’ve never seen the virtue in not being courageous in acting. It’s not like coal-miner bravery or Doctors-Without-Borders-going-into-Ebola-stricken-villages bravery. I mean, what’s gonna happen? People are going to laugh at you and make fun of you? Okay, fine. If that happens, I’ll go on to the next thing.” And that’s why we feel you, Michael Keaton.

And clearly, that’s why the current cast and writers room of SNL feels him, too. The monologue was all about that buddy-buddy fanboy-ism a lot of dudes 30 and older feel toward Keaton, with Taran Killam and Bobby Moynihan popping out to beseech him to “play Batman” with them. Skipping his recent resurgence altogether — in fact, was there one Birdman reference in the entire episode? — the bit went straight from nostalgia into a pretty damn catchy telethon-style sing-along: “Will you play Batman with us, Michael Keaaaaton?”

There were cutaways to Google Hangout–style video editing, and Jay Pharoah ripping off his shirt, and references to Gung Ho and Johnny Dangerously. And by the end, we got what we’d come for: Keaton growling “I’m Batman.” Clearly, the dude was game for whatever. This was SNL, goddamnit. He wasn’t about to say no.

From there, it was a stirring parade of cuckoo Keaton. A sketch on CNN’s crap graphics featured an experimental dance troupe re-creating Indiana’s bullshit religious freedom bill, which would allow restaurants to discriminate against gay customers: Kenan Thompson and Aidy Bryant were the customers, in T-shirts helpfully reading “GAY”; Keaton was the bopping chef, turning them away with a wonderfully sassy Mutombo finger wave. In a sketch about the horrors of calling your grandparents for Easter, Keaton was the befuddled grandpa recalling Killam’s childhood best friend — “Hey, remember when I walked in and you both had your little penises out?” — before being sidetracked by a flock of peeved geese.

In a sketch about a nice Southern gentleman planning on converting his home into a smart house — in bizarre and nightmarish fashion — Keaton not only introduced us to the concept of rectal probes with human eyes but also to automated hole-sealing pants glue. (In the latter two bits, Kate McKinnon and Cecily Strong were right there with him, going punch-for-punch on general insanity.)

Writer turned cast member turned digital-short’er Mike O’Brien got another “A Mike O’Brien Picture,” and used it to be the Freddie Prinze Jr. to Keaton’s Rachael Leigh Cook. It was sweet and simple: By taking a thin and obvious premise to its extreme, O’Brien nailed it. By the time Keaton’s nerdy math teacher is back home, the prom-queen crown resting under his joyously befuddled face, we’ve all been swept away by the majesty of love.

The night wasn’t exactly overflowing with ideas: A couple of times over, it was basically “give the ball to Keaton and get out of the way.” And by the last sketch of the night, with him as a crazed Easter fan and McKinnon as his weirdo sidekick, it was getting creaky. But before that, we had him playing an advertising firm CEO who’s tired of being up in the corner office and wants to come down and mix it up with the creatives. They pitch totally sensible ideas for how to sell breakfast cereal; he makes them all into vaguely incestuous bits about moms with huge knockers and cameramen who laugh so hard they die of heart attacks, and various children uttering phrases along the lines of “Houston, we have a boner.” There was stomach bleeding and full-on, blazing Michael Keaton commitment.

And it was glorious.