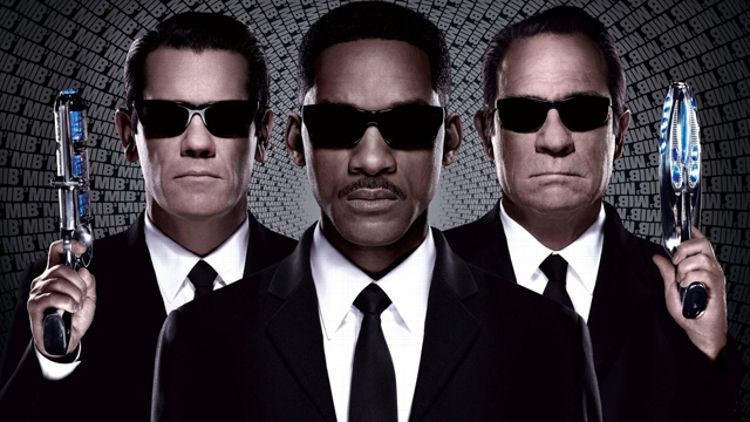 On Friday, Memorial Day weekend will begin, Diddy and his family will commence another long summer of wearing nothing but white, and Men in Black III will arrive in theaters, marking the true beginning of Hollywood’s blockbuster season. After the catastrophic gambles, mild misfires, and historically overwhelming successes of, respectively, John Carter, Battleship, and The Avengers, we’ve finally made it to the months where nearly every movie has franchise aspirations and a genuine movie star (it’s not your fault, Taylor Kitsch!) in a lead role. It’s the moment when studios stop giving us what they think we want and start giving us what they hope we’ll tolerate.

And what better film to mark the ambivalent occasion than Men in Black III? Will Smith’s first movie in four years is a sequel to a sequel that nobody asked for and a galling return to the screen for an actor who just last year told Quentin Tarantino that he couldn’t find the time or inclination to do Django Unchained, a movie that is even now — based on a few minutes of unfinished footage — turning prim critic brains to undignified fanboy sludge over in Cannes. MIBIII is also, for what it’s worth, not all that bad — aimless, incoherent, and clichéd, sure, but also well acted and appropriately campy and even genuinely moving, once or twice. Will Arnett is in the movie for about 40 seconds and he’s great.

Because Men in Black III cost around $250 million to make, and because they shot pieces of it in an obscure location called downtown New York City, and because the franchise being revived is now a hoary 15 years old, we know more about the genesis of this movie than we do about most Hollywood films. And it’s hard not to think about this stuff, all the extracurricular facts about the production, when you’re watching it — in part because these are not the most totally absorbing 106 minutes ever put to screen, but also because the film so perfectly embodies how hard it is to make something great, or even good.

MIBIII is a case study for all the grim compromises and dismal economic decisions that go into making movies, especially summer movies, sure. (More on this in a second.) But it’s also a reminder that so often the failure of what we’re watching is not the result of sinister Hollywood forces, or cynicism, but something far more depressing: the average human mind. Or, in this case: a whole gang of average human minds, pooling their average ideas over the course of literally years in the name of creating what is at best an average movie. Or, from certain cynical perspectives: a typical blockbuster.

There were some sinister Hollywood forces at play here, it should be said. It’s been reported that the plot of Men in Black III is pretty much the verbatim result of a conversation Will Smith and director Barry Sonnenfeld had during the filming of Men in Black II. The two men were waiting on a set repair, Smith got to riffing about time travel and the psychedelic mysteries of the past, and seven years later the former Beavis and Butt-Head scriptwriter Etan Cohen was handed an assignment to turn Smith’s ideas about the space-time continuum into a feature film.

Production started in 2010, before Cohen — and the three other writers they brought in after him — had finished so much as a complete draft, allegedly because the studio wanted to take advantage of a soon-to-expire New York City tax break, but more likely because all the actors were available and they weren’t going to stay that way. “We knew starting the movie that we didn’t have a finished second or third act,” Sonnenfeld later told the film mag Empire. “Was it responsible? The answer is, if this movie does as well as I think it will, it was genius. If it’s a total failure, then it was a really stupid idea.” (Sonnenfeld specializes in giving really excellent and ill-advised quotes — here he is in a Vulture interview a few months back, claiming that every creative decision he’s ever made, including the one to cast Will Smith in the original Men in Black, was either originated or vetted by his wife, whom he calls Sweetie. He also confesses that his helicopter mother taught him to play French horn in the Vietnam era with the idea that if he got drafted, he’d end up in the army band and survive.)

Anyway, the decision to start before Sonnenfeld was really ready to start led to a few months of initial filming, followed by a lengthy production hiatus, during which the entire cast and crew got paid to paint watercolors and work on becoming their best selves and half of Hollywood took turns with the script, including, apparently, Smith himself. “He’s become very enamored with aspects of screenwriting,” an anonymous source told The Hollywood Reporter, adding, poignantly, that the actor’s process “takes a long time.” (Parlor game: Try to guess, while watching Men in Black III, which additions are Smith’s. Shot in the dark: “You look like you come from the Planet Damn!”)

After everyone came back to work, Smith ran into trouble involving his on-set accommodations, a 1,150-foot trailer nicknamed “the Heat” (granite master bathroom, “cherry Italian cabinetry,” movie theater) that nearly caused a riot in Soho, where it was parked, spewing diesel fumes and prompting this awesome, AP-branded, Empire-reminiscent silent footage of the hulking bus. Eventually even Mayor Michael Bloomberg, who usually delights in inconveniencing his own citizens at the behest of people with money, called for a ban of the Heat, consigning Smith’s mobile mansion to an abandoned lot several blocks away.

And now that production has finally wrapped, Smith has spent the last few weeks “Global Willing” — his term for the process when, by way of promoting whatever his newest film is, he travels to Moscow and Paris and London, bitch-slapping reporters, mocking France’s progressive tax rates, reminding the world that he’s still the Fresh Prince of Bel-Air. This is another way we know summer has truly begun: the familiar spectacle of America’s box office king touring the provinces, critic-proofing his latest film with a suit of armor made from Euros, hryvnia, and the adulation of the Chinese.

All in all, the whole thing has been pretty close to parody — like what might happen if somebody gave Terry Gilliam $250 million and told him to make a movie about aliens and time travel and the egos of some of the most famous people in the world. Except the punchline is that, after all that strife and comedy, the movie actually got made.

And though it’d be easy enough to blame the many deficiencies of Men in Black III on its tortured production process, here’s the thing — you really can’t tell. Yes, MIBIII opens in a Lunar-Max prison on the moon, where Nicole Scherzinger breaks the movie’s villain, Boris the Animal (a growly, unrecognizable Jemaine Clement), out of space jail. Yes, we then go to present-day New York and, eventually, 1969 Coney Island and Andy Warhol’s the Factory. Yes, at some point Josh Brolin takes over playing Tommy Lee Jones’s Agent K, in a kind of I’m Not There–style homage that will surely be lost on young theatergoers for whom Tommy Lee Jones is not exactly the iconic, generational father figure he is to older viewers like, uh, myself. No one will deny that Men in Black III’s sense of continuity and tonal consistency leaves something to be desired.

But you could say that about Battleship or The Avengers or June’s forthcoming oddball-indie Safety Not Guaranteed, which is also about time travel and coping with the unredeemed failures of the past. For all the script’s wild unevenness, Men in Black III is still in spots a very effective blockbuster, about fathers and sons and long-delayed emotional reckonings. In fact, the main dramatic mystery of the film essentially boils down to why Jones’s Agent K is so surly and sad. (Well, that and whether Mick Jagger was in fact an alien sent here to breed with Earth women.)

It’s true that you want to see Will Smith outside the increasingly narrow box of his Men in Black character, especially when he does so little acting in general. And it’s true that keeping alive a franchise whose initial charm was its total polar reversal of the traditional big-budget sci-fi film — the first MIB cracked wise, and acted like aliens were the most normal thing in the universe — seems like a bad idea, embedding in amber the same tropes the films began by mocking. (Recall that Men in Black was also one of the first films adapted from a relatively obscure, non-canonical comic book, so if you want someone to blame for V for Vendetta and half of all the movies Hollywood has released since, here you go.) But it’s also true that there are all sorts of ways creative humans can fuck up, and that the weird boringness and visible fatigue that besets Men in Black III, far from being an aberration, is actually pretty typical of the studio output we tend to get in the summer.

Which is why Men in Black III really does mark the beginning of another blockbuster season — not because of Will Smith, or the numeral “III,” but because it’s a classic example of how most of the time, millions of dollars and the input of dozens if not hundreds of talented professionals adds up to Just All Right, with or without an agonized backstory. Looking ahead at a summer release schedule that includes Prometheus and The Dark Knight Rises and Lawless, it’s easy enough to deride Men in Black III as an unsophisticated ‘90s relic airlifted into an otherwise revitalized blockbuster season.

But there will be a lot more where this one came from — if there’s any lesson to take away from MIBIII’s bumpy genesis, it’s that blockbusters are fundamentally different than other films, even more prone to the competing priorities of studio executives trying not to get fired and actors concerned with their foreign box office numbers and fans who often have a stake in the characters going back 10 or 15 years. (Just ask Joss Whedon.) That’s why the laudable exceptions are so rare. If you’re a director and your name isn’t James Cameron or Christopher Nolan or Ridley Scott, you’re pretty much fated to find yourself outside the Heat on some spring day, shouting over its massive, idling motor, asking Will Smith through the closed door if perhaps the new pages are ready, and if he’s decided yet whether or not Lady Gaga’s two-second cameo in the film has the potential to upstage his performance. It’s a miracle these things get made at all.

Zach Baron would like to remind you that in 1997, Will Smith could only get a lead role in a franchise like Men in Black after Chris O’Donnell turned it down. Progress! Find him on Twitter at @xzachbaronx.

Filed Under: Sequels, Summermetrics, Will Smith

Sony Attempts to Brainwash the Cast of Community