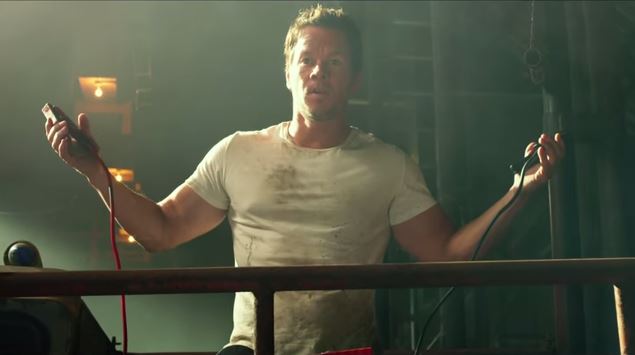 According to Tracking-Board.com, precious natural resource Mark Wahlberg is now in line to remake The Six Million Dollar Man, playing the bionic Steve Austin himself. Also, Peter Berg (who directed Wahlberg in Lone Survivor) is “attached to produce and possibly direct,” and “Harvey Weinstein is … attached in some producing capacity.” Is any of this true? Quite likely no: Aside from the “What the f— is a Tracking-Board.com” considerations, there’s the simple fact that a Six Million Dollar Man reboot is a goddamn war horse of Hollywood innuendo at this point, with folks like Kevin Smith and Jim Carrey and Todd Phillips and even Leo having been attached — whether via actual negotiations or through complete B.S. casting rumors, that’s for you to decide — at various points over the last decade and change. But that distracts us from a far more important question: Should this rumor be true? Why, yes it should!

It was supposedly their wonderful working relationship on Pain & Gain that led Michael Bay to cast Wahlberg as his Shia stand-in for Transformers: Age of Extinction, and whether or not making that point that was just an attempt at mitigating a mercenary franchise-hop-on move doesn’t really matter anymore. Age of Extinction has now been greeted with the much-expected horrible-reviews/huge-box-office combo, and Wahlberg’s sellout has at least been justified in what we peons would understand as life-altering sums of cash. But taking a look at that Pain & Gain–to-T4 arc would help us understand why Steve Austin might be palatable to Mark: In the latter, he happily took on someone else’s well-worked-over franchise; in the former, he gloriously pumped himself up to preposterous body proportions. And somewhere between all that gung-ho’ness lies The Six Million Dollar Man.

Any update would have to nod at the show’s inherent silliness, but beyond that, there’d be a clean slate to work with. The name of the original probably still rings familiar with kids these days, based on various pop culture allusions alone (“Is that the Six Million Dollar man’s boss?” “That’s Oscar Goldman. That’s worth a lot of money. That’s way more valuable than Steve Austin!”) But how much are they actually aware of beyond the iconic “We can rebuild him — we have the technology” line? Wahlberg has proven himself capable of fantastic passion projects: For The Fighter, he stayed, insanely enough, in boxing shape for years while waiting for the green light to come through. But if the inevitable success of T4 means Wahlberg’s staying in “cut the check” mode, Six Million seems like it’s in his wheelhouse. And I, for one, am ready to see Mark Wahlberg in a fly red jumpsuit jump-kicking down doors.

By the way, and clearly this is missing the entire point, but would they ever consider adjusting the titular price tag for inflation? I mean, these days, $6 million doesn’t even get you a year’s worth Jodie Meeks.