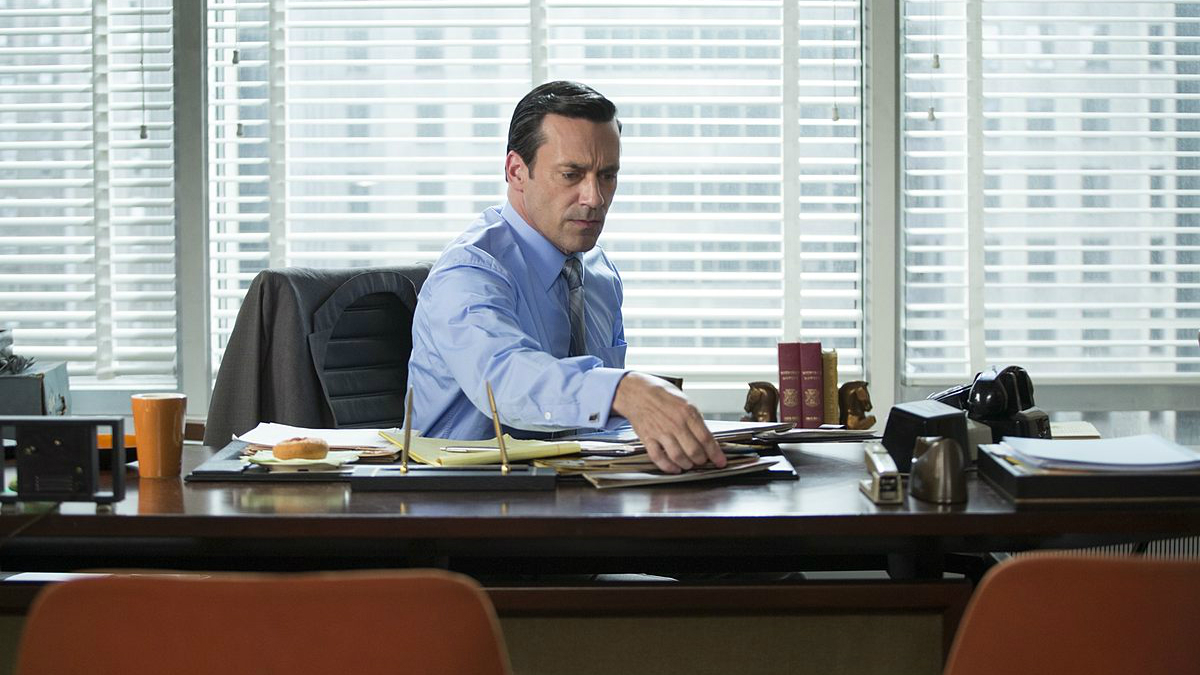 “Don’t it always seem to go that you don’t know what you’ve got till it’s gone?”

Ambition is a funny thing. You think you know what you want, but when you get it, all you can think about is what you want next. After passing a few of these milestones, you realize that the expectation that you’ll become happy if you just get this one thing is a lie. Advertising is built on selling this lie, on cultivating the customer’s ambition to buy. It stokes the consumption impulse with promises — of beauty, power, happiness — that advertisers know the products can never fulfill. Advertisers used to describe in copy what products actually did, but then they learned to use the ads as conduits for secret fantasies about power and glamour. Cigarettes are at the crux of Mad Men. Advertisements depict smoking as imparting mystique and cool, but it really delivers decidedly unsexy things like cancer and lung disease. The Don Draper Persona, as crafted by Dick Whitman, is a walking advertisement for the American dream. People choose to believe in what Don is selling for one silent, very obvious reason, which Mathis points out: Don is tall and handsome. A tall, handsome man can sell anything. He gets away with stuff a guy like Mathis can’t.

Don has always gotten away with murder, emotionally and professionally, but even that has lost its thrill for him. He went out of his way to stalk Diana in the previous two episodes because so few things have become hard for him to get. And so he pursues the last few things out of his reach — say, volleying back a flirtation with a 17-year-old friend of Sally’s — because, like Betty, he has a bottomless need for sexual attention. Sally has vowed not to be like her parents, but Don warns her that life is a Greek tragedy in which she has no choice but to resemble them. And she does; her hot temper and smart mouth are stamped into her DNA. No matter how she tries to differ from Don and Betty — rejecting their materialism, patriotism, and promiscuity — their behaviors have formed who she is. Sally’s instinct to go toward independence is right on. Ideally, she’ll end up following the Dead. 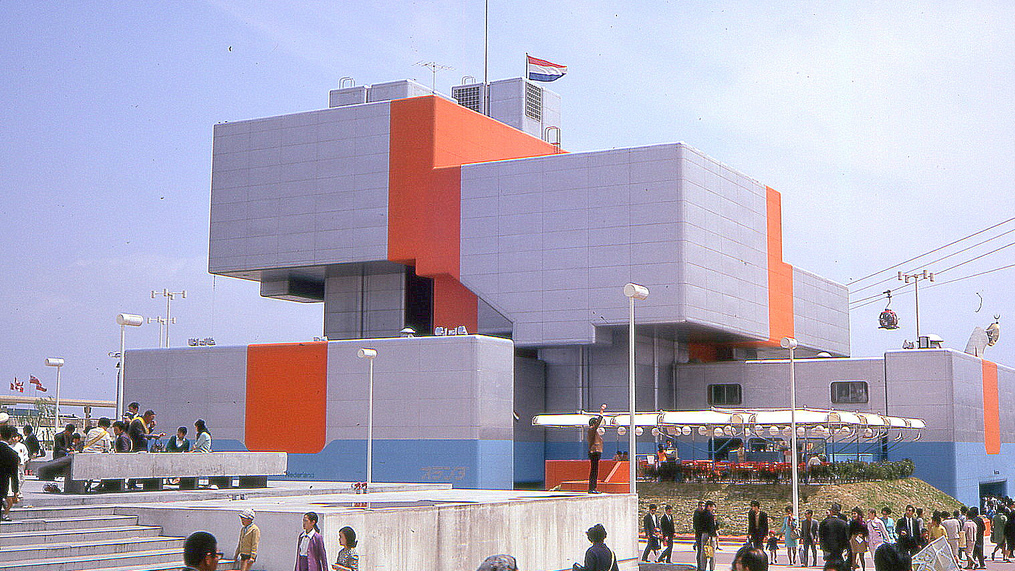 Joan Holloway, always a cautiously optimistic romantic, tiptoed into a relationship with a tan, retired gentleman by the name of Richard (Bruce Greenwood). Joan is like Rihanna in that it’s possible no mortal man on earth deserves her. Joan has been cooped up in the Los Angeles office for the bulk of her business trip, but she’s afforded the opportunity for leisure by the unexpected dipping out of Lou Avery. It’s entirely believable that Hanna-Barbera would be interested in Lou’s terrible comic “Scout’s Honor,” because Hanna-Barbera made a lot of terrible ’70s cartoons. As much as we would have liked to see Joan hook up with Warren Beatty at the Beverly Wilshire as he preps for McCabe & Mrs. Miller, her dalliance with Richard is a lot more down-to-earth. He’s a proto-yuppie developer who razed Palos Verdes, and who can handle Joan’s legitimate criticisms of him. Joan knows better than to pin real hopes on men who talk a big game about sweeping her off her feet. Now twice divorced,1 she remains firmly earthbound when it comes to her prospects. Richard seems like a practical choice, but she realizes immediately that a guy who is trying to embrace his freedom late in life might not be that stoked about her having a kid. Joan loves her son, but she’s not in denial about how much more difficult motherhood makes her life. She brutally mocked Richard’s immovability on the issue, and, endearingly enough, he moved. 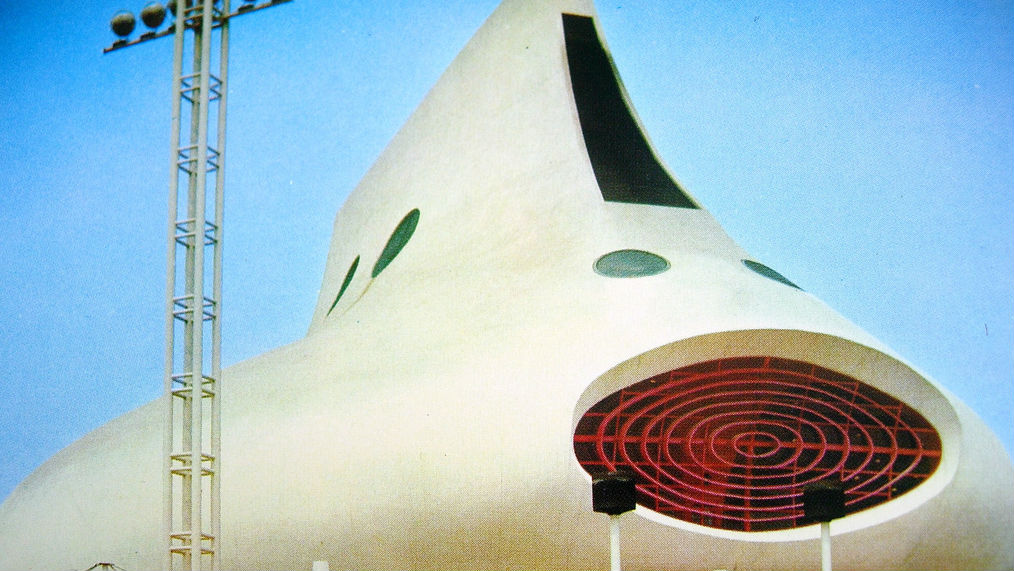 Peggy, ever the Lisa Simpson, demands that her work be graded. Don, ever the sly opportunist, mines her for ideas about his “Gettysburg Address.” Peggy has hardened considerably since her secretarial days, but she’s still open-minded and thoughtful. She still wants things in her life, which is more than Don can say. Don, who got everything he wanted and wrecked most of it, now doesn’t really know what he does want, beyond dinner each night. Don can’t even plan far enough into the future to get his disgusting rug cleaned. He’s been living the bachelor life in his Upper East Side penthouse like The Last Man on Earth, and has almost certainly turned the bathtub into a gin-and-tonic pool by now. Seventies style already suits Peggy in a way the ’60s never did; a little androgyny flatters her. (Pima’s impact!) Peggy is still hungry for a lot of things, and Don is maybe even jealous of her drive. Unlike the men at the agency, who dream only of landing a big fish, Peggy is still thinking in world-changing terms. She wants to run the show. 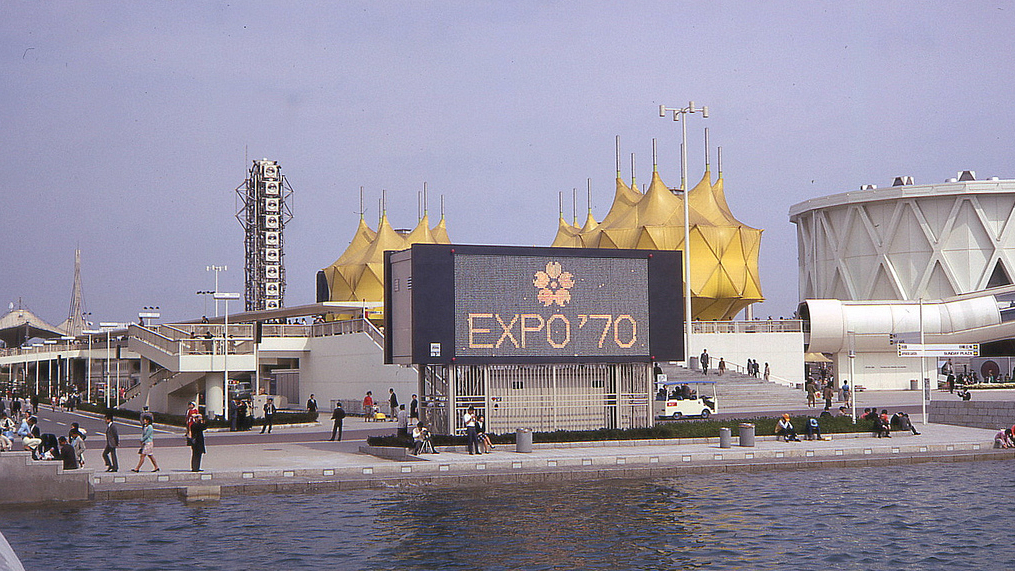 A side note about Diana the sad waitress: With a short memory abetted by the irregular airing schedule of the show, it’s easy to forget that the Mad Men fan base always side-eyes Don’s new love interests when they aren’t Rachel Menken. Bobbie Barrett, Megan Calvet, Suzanne Farrell — nobody got a warm welcome because they all committed the original sin of not being Rachel, seemingly the only woman in his canon of mistresses who stood a chance at Changing Don. It’s not a coincidence — Maggie Siff’s portrayal of Rachel left a deep impression on Don and the audience that was near impossible for any of her followers to live up to — but it’s also because we met Rachel first, and their relationship (which was doomed, always) benefits from the nostalgic memory of watching the first season of Mad Men eight years ago. Their relationship has taken on a larger role in Don’s mind and our own because it has existed as a fantasy for those eight years, ever since the two of them firmly parted ways.

Rachel was Mad Men’s equivalent of The Sopranos’ “the Russian” — a plot thread left dangling but believed to be tied up according to the laws of TV and Chekhov’s gun. But The Sopranos’ lack of definitive closure on the Russian was just another microcosmic plot variation on a major theme: the lack of definitive closure in life. It was that refusal of neat solutions that made the show unlike anything else on TV, that made it resemble reality. The characters resisted growth, made progress, and then backslid. Mad Men is the same way. (Perhaps eight years of watching Don Draper exhibit the potential for growth and then fall back into old bad habits has been frustrating for viewers, but imagine how hard it’s been for Sally Draper, who’s been putting up with it for 16.) Matthew Weiner finally brought back his Chekhov’s gun, so we shouldn’t have been so shocked that he fired it at us. What did we think would happen, that Don and Rachel would ride off into the sunset together? As fucking if. It’s the era of the New Hollywood ’70s downer ending. It’s a decade of great romantic comedies, like The Heartbreak Kid (1972), Shampoo (1975), and Annie Hall (1977), whose couplings end in failure. 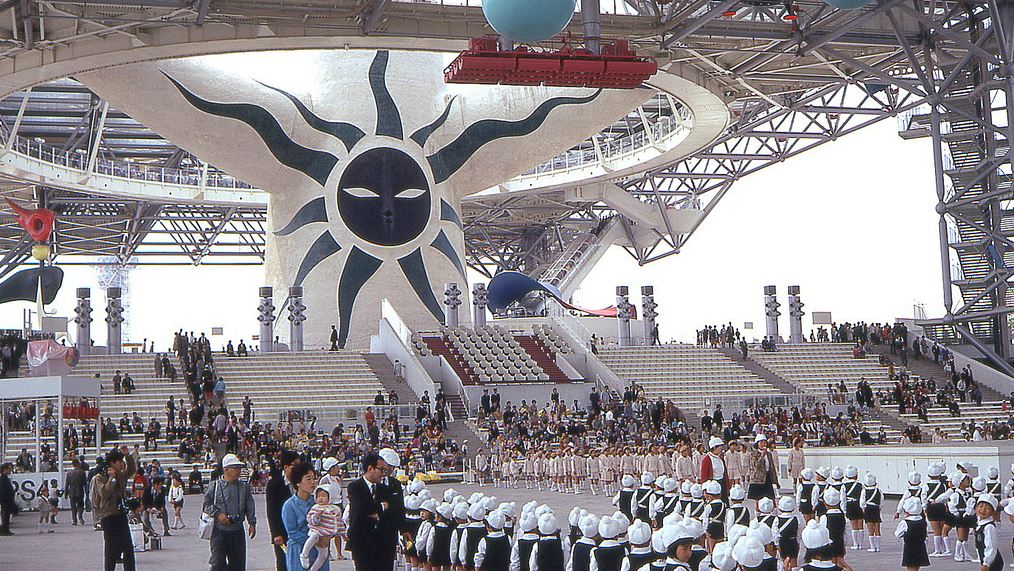 Speaking of downers, Glen Bishop! Glen returned to tease the possibility that he had grown up to be cool and then pulled back the curtain pretty quickly to reveal that he’s still the same little shit he’s always been. Despite the Abbie Hoffman haircut, Glen is a budding conservative. He claims to be joining the Army out of misguided altruism, but the truth is, it’s his only redemption for flunking out. There was a tiny glimmer of hope when it first appeared that he had survived the Philip Roth novel that was his childhood and grown up to be fine and not at all a weird blonde-hair fetishist with an obvious boner for his chill neighbor-friend’s mom.

Betty lies to Glen about how great and comfortable the war is going to be. Despite his hot girlfriend, Paula, Glen asks Betty to initiate him into manhood, but she refuses. A little bit of chest hair did not go quite as long a way as Glen had hoped it would. Meanwhile, little Bobby Draper just wants to watch The Brady Bunch, a pioneering show that put a smiley-faced spin on the new reality of blended families of divorce. Sally, having inherited her father’s talent for straight talk, asks Glen, “Are you fucking stupid?” I was sad to see Sally and Glen leave things on a sour note. I always liked the depiction of a platonic friendship between a boy and a girl, and how a lot of childhood friendships are based entirely on random proximity. But Sally is ready to fucking book it on the road.

Sixteen-year-old Sally looks exactly how I pictured young Kim Gordon in my head while reading the early part of Gordon’s memoir. She has a deadpan demeanor to match, funning her mom about a teen pregnancy and giving up on her dad for the billionth time. Unambitious? Not if your ambition is to get high2 and watch TV. She has gotten really funny as a defense mechanism against the cruel inanities of the world. Sally is more perceptive than her mother. She knows exactly when she’s being used as an impromptu focus group. Sally’s friends give Don the kind of answers he wants, but Sally is lying when she says her only ambition is to eat dinner. She wants what every teenager wants, which is to let her parents know with a glance that they are Not Cool And Never Will Be. 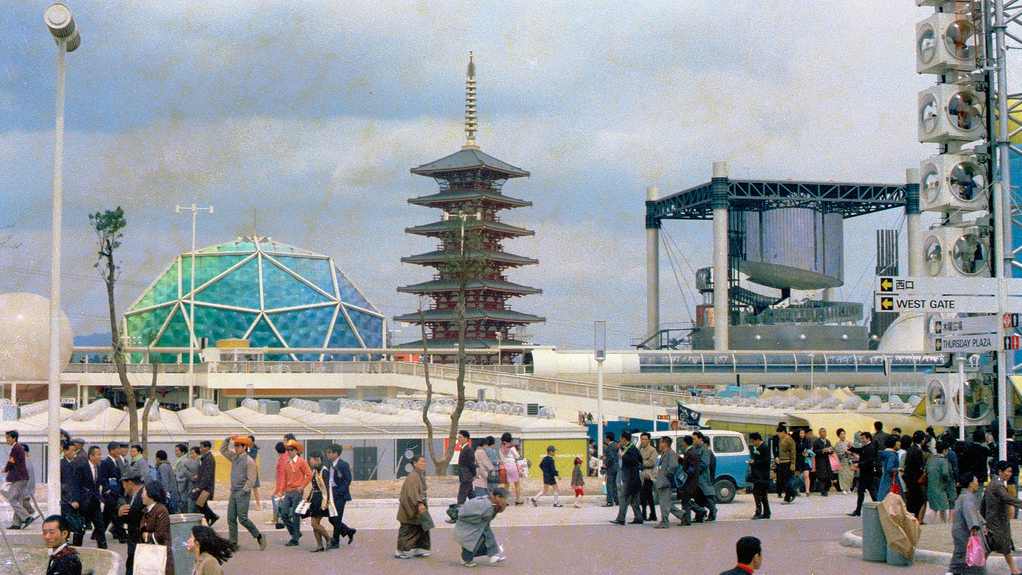 Don’s Gettysburg Address (and writer’s block over it) is a stand-in for the show. Matthew Weiner has to sum up eight years of a project in only a few more episodes? He’s supposed to top everything he’s done so far with some kind of an incredible surprise reversal that will blow everyone’s mind and provide water-cooler banter for decades? He is expected to outdo the Sopranos finale as engineered by David Chase, the Don Draper–experienced mentor to Weiner’s Peggy Olson? Success tends to be fueled by rejection. While hyper-successful people are always striving toward some new marker of achievement, they also rarely tend to be happy people. One might even find that as you get older, your priorities shift, that your teenage dream is not your midlife dream. Then again, you might make like Richard and realize that all you really want is to explore the world like a backpacking college kid.

The reason ambition never satisfies is because it obscures the moment, and you have to be here now. There is no totemic item or personal achievement that will unlock this kind of enlightenment, just the buildup of wasted years that were in retrospect filled with promise. Don, you’re free! Go to the pyramids, Don! I’ll meet you and Sally there in 1978 for the Grateful Dead show in Giza! All the years combine, they melt into a dream.

Get ‘Barter’: How Young Thug Remade the Style, Sound, and Soul of Lil Wayne