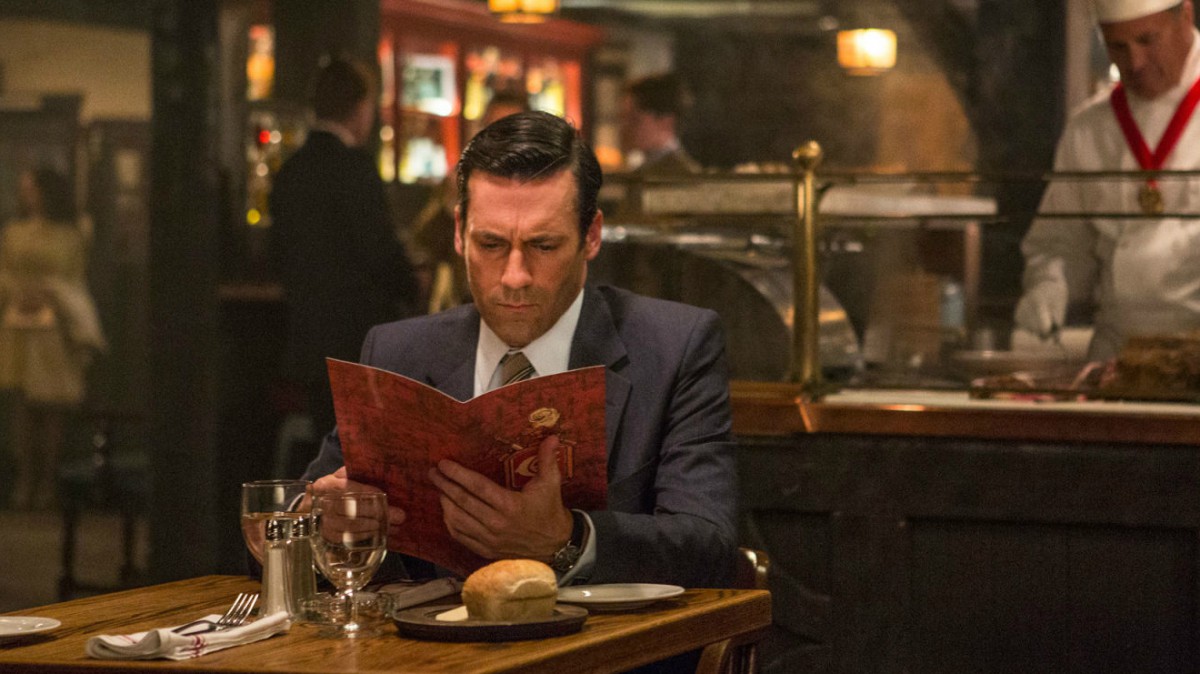 No, that wasn’t a dream: Betty is going to go to school to be a shrink! She’s found her true calling. People tell her things! I love it whenever Betty reminds Don that she’s not as dumb as he always made her out to be. Betty will learn all kinds of things when she gets her master’s in psychology. The whole Oedipus complex thing might interest her in particular, because man, does Don Draper ever have one. It’s not that Don seeks out women who are, like his mother — who died giving birth to him — prostitutes. He just has a thing for broads who were dealt a bad hand. He likes women who suffer from depression, but not the sort of depression that plagues Betty and Megan, who might have been sunnily happy people had he not involved himself in their lives. He likes women who were born sad, on whom no good circumstances or outside stabilizing force can ever bestow lasting happiness. Diana begs Don not to get involved in her life, over and over, but that’s like a siren song to him. Don loves a woman he has to talk into things. He’s drawn to desperate, low-lit places, physical and psychological. 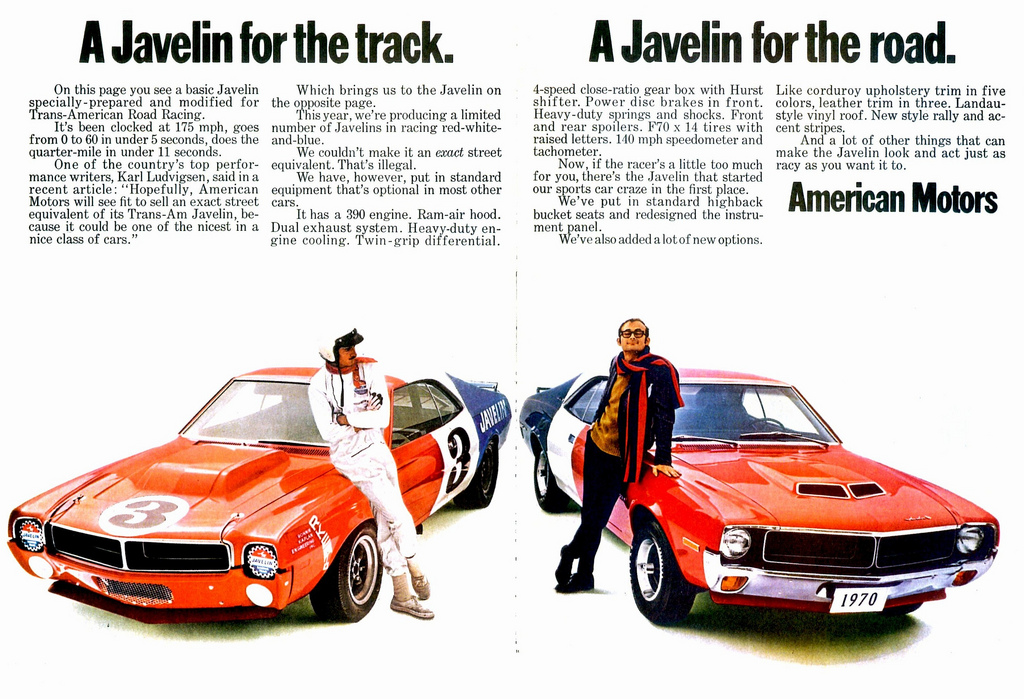 Mad Men is delving deeper into Don’s obsession with Diana. When Diana sat on Sally’s empty bed,1 I got really nervous, afraid that Don had finally met a woman who was too freaky even for him. But it turned out she just had a fucked-up backstory to reveal, which only strengthened Don’s belief that she needs his help. While last week I thought she might be Lorraine Bracco, this week Diana reminded me of young Livia Soprano. Which is complicated, because Tony Soprano’s feelings of transference toward Bracco’s Dr. Melfi were motivated by his therapist being an accepting-by-design substitute for his moody and difficult mother. Don is likewise projecting expectations onto Diana that she has no problem telling him she can’t fulfill. Don has been through this routine before, but for him a new woman is like a blank slate. It’s the same old song, a classic like “C’est Si Bon” that makes for great covers by all kinds of singers. 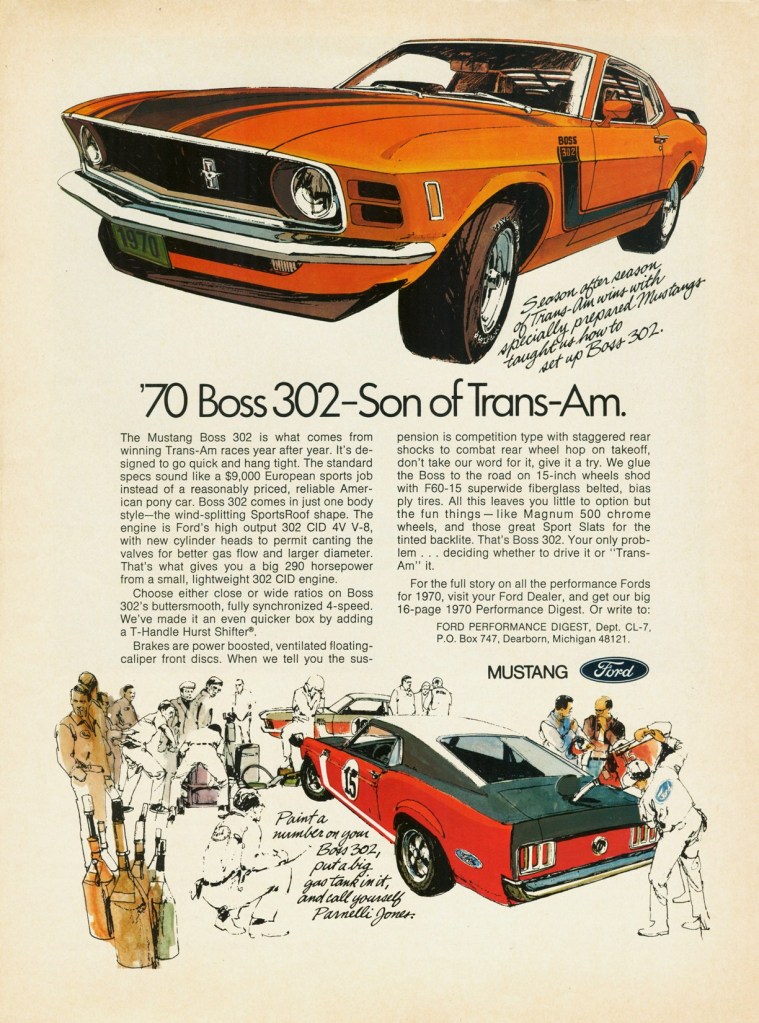 If Don has any doubt that all of his silver-lined clouds eventually turn to artificial orange sherbet, Megan has returned to collect her things and speak her piece.2 Megan’s blue frosted eye shadow goes up to her eyebrows, like Divine’s. Costume designer Janie Bryant referred to a dress that Betty Draper wore day-drinking as the “sad clown” dress, and Megan looked like a bit of a sad clown, too, trying too hard in her matching bluebird chiffon dress and big hair. She’s frustrated in Hollywood — so desperate to get cast as a series regular that she almost walks into the jaws of Harry Crane, who has been trading empty promises of success for sexual favors from beautiful actresses ever since he realized it was something he could get away with.

When Harry fails to stick the landing on his casting-couch proposal, he blames Megan’s lack of progress in her career on her unwillingness to fuck those in high places to get ahead. That’s not to say she won’t eventually show up on the arm of some high-profile director when the part is right, because no job opportunity is worth fucking Harry Crane. But even Harry Crane is right every once in a while. Quitting her soap and leaving New York was a very dumb idea. Like every pretty, ambitious young actress in the world, Megan forecast immediate unstoppable success, and she is still processing the fact that she is just one of a million pretty, ambitious girls in Hollywood vying for the same handful of spots. She rejects Harry’s offer, but has no problem taking that big check from Don, because she probably believes that Don owes her at least that much for her time and labor. She does need to watch out for those Manson brothers, though. I could have used less of Megan’s family’s internal drama. Do they really make such a fuss about infidelity? They’re French Canadian, for zou bisou bisou’s sake. 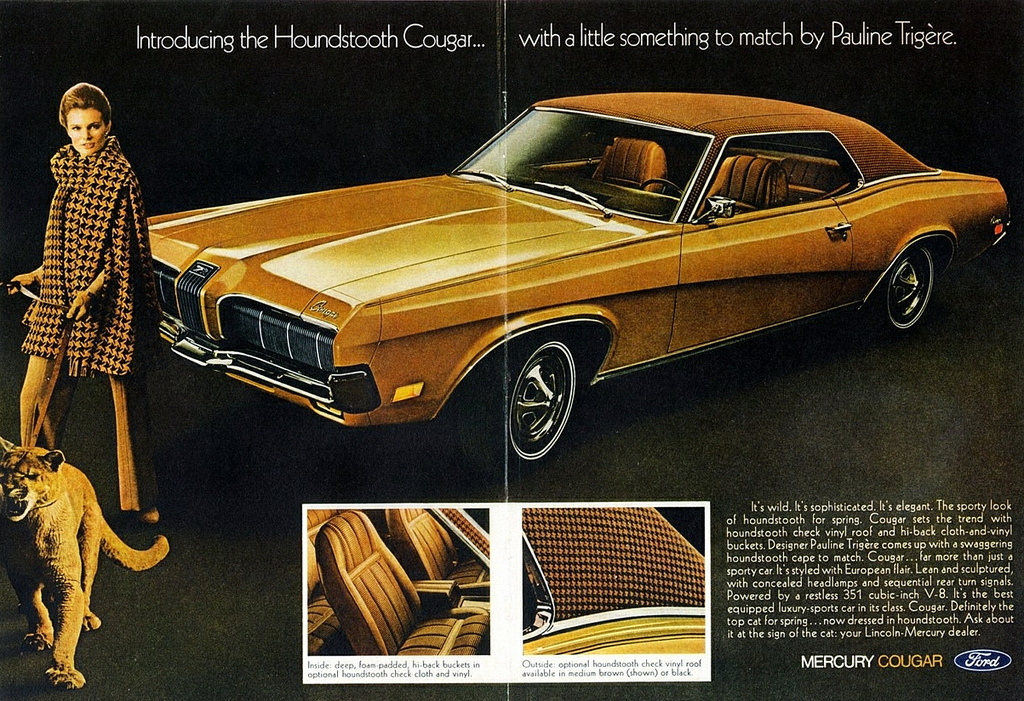 With his mustache, Roger looks a bit like Mutual of Omaha’s Wild Kingdom host Marlin Perkins, but also kind of like Ted Turner. He’s tanner than ever and as quippy as always, saying his own young ex-wife Jane’s only career is “consumer.” “Please take advantage of me,” says Megan’s mother, Marie, to Roger, and Roger seems confused to hear it out loud, even though it’s a statement he’s always pictured in thought bubbles over women’s heads. This episode could have used more Roger and a lot more Pete, who appeared briefly in full golf-course regalia, dressed like Kanye in his preppy era. Pete tried to bond with Don in the car on their way to an unseen golf game, but if there’s one person Don never wants to be reminded he shares any kind of boat with, it’s Pete. 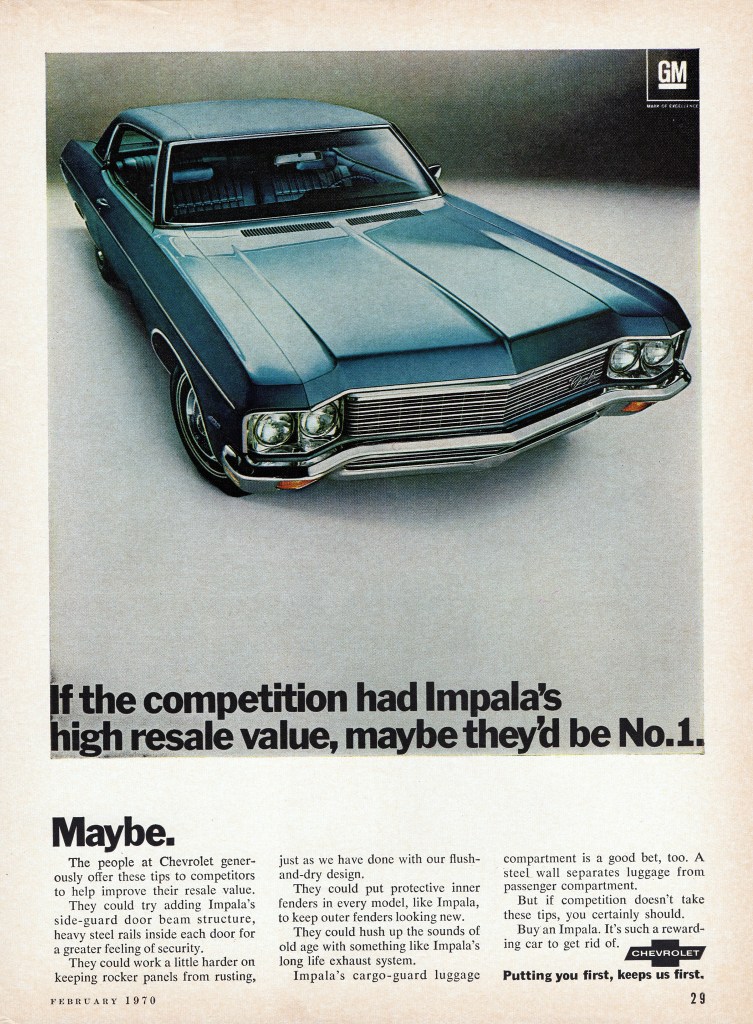 It’s obvious that Pima (Mimi Rogers) was trying to get Stan and Peggy into a Wild Things threesome that would force them to confront their romantic feelings for each other. Peggy heads her off at the pass, seemingly made uncomfortable by how gay Pima had made her feel. It’s weird that Peggy is so uptight about Pima making a pass at her. Remember when Peggy was friends with Joyce Ramsay, the lesbian photographer for Life? I always imagined they went to gay bars in the Village together (I thought about this a lot, clearly). Peggy is selectively uptight. Unfortunately, she gets more square whenever she’s trying to assert her authority. Even she doesn’t really like the version of herself that commands respect at the office, but she can’t very well be puffin’ on jazz cigarettes at the office with Stan if she wants him to do what she says. Maybe it’s time she and Stan strip down in a hotel room again. Oh, Stan, you complicated bolo-wearing hunk. Stan puts up a fuss about having his balls snipped off by powerful women, but it turns out he actually likes it when a gal takes charge, as long as it’s in the secretive confines of a darkroom.

Peggy professes outrage that Stan would cheat on his girlfriend, whose name she doesn’t know (which suggests that Stan always has new girlfriends whose names Peggy doesn’t know). Incidentally, Stan’s girlfriend, Elaine, the pot-smoking redheaded nurse and spontaneous life model, seems pretty cool. There’s no sign of Brian Krakow and no mention of any Paris trip. On this show, that means he’ll either never show up again or they’ll get married. Peggy could be outraged that Stan would cheat on his girlfriend with someone who wasn’t her. If Stan is really attracted to funny ballbusters with interesting senses of dress,3 she’s been right here chilling all this time! But her anger is more about professional pride than anything else. Peggy is offended that her opinion was bypassed by, of all people, a woman she respects. Peggy’s reaction to finding out that Pima was playing them both is hostility. Stan’s is shock. (One thing’s for sure: Ed will probably grow his hair long now.)

Peggy’s response to Pima’s swinging bisexuality is discomfort mingled with envy.4 Peggy only ever considers her unmarried status a negative, but Pima reframes it as a boon — Pima has professional power and sexual freedom. She combines them in a way that Peggy has never been able to master, and the whole thing freaks Peggy out. It’s too late for that now, Peggy! It’s the ’70s!