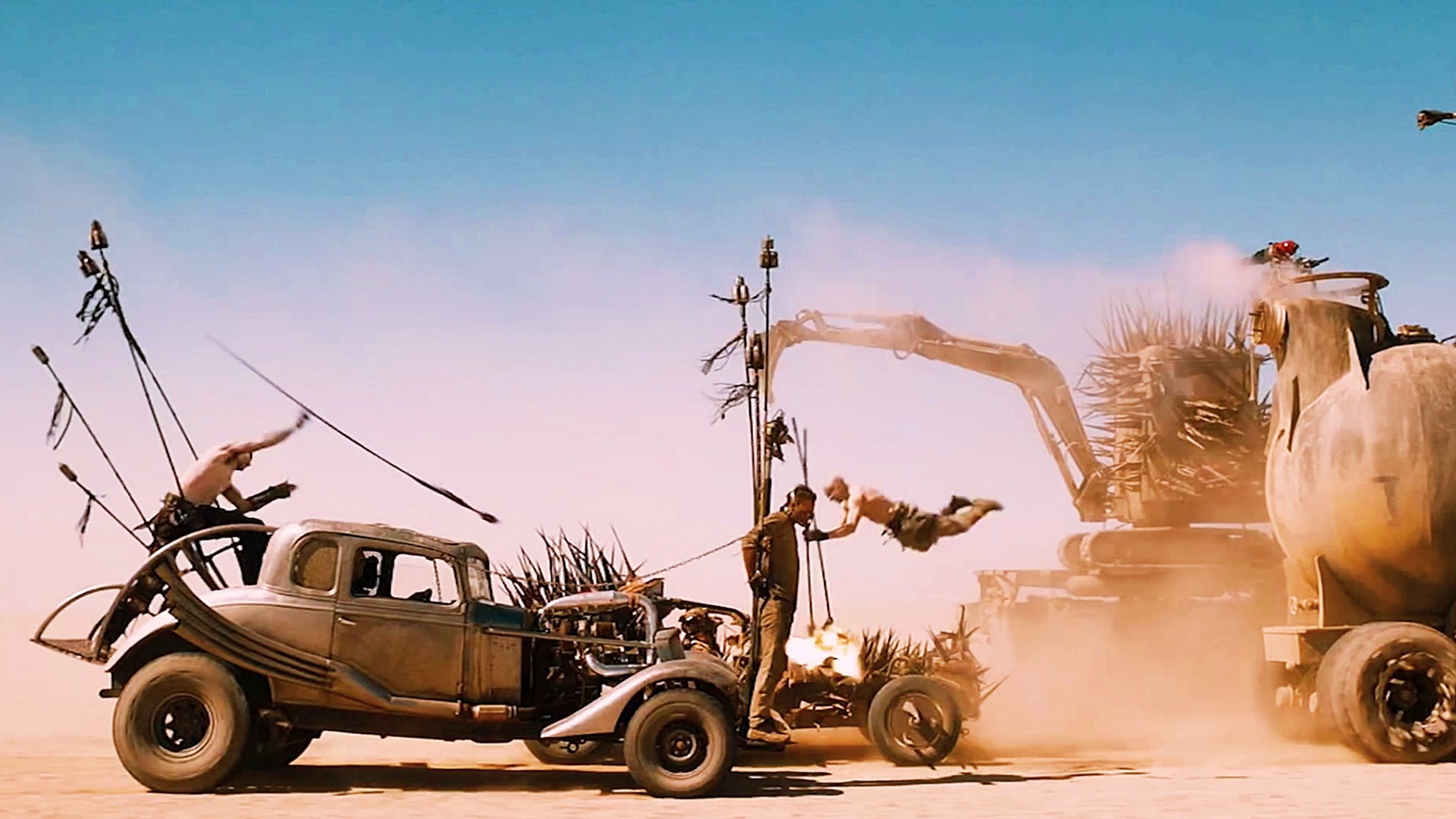 I am not ready for this future. I am very, very ready for this movie, mind you. George Miller is back for a fourth installment of his Mad Max series. Fury Road follows up Beyond Thunderdome, 30 years after Master Blaster and Tina Turner ran Bartertown. This new installment stars Tom Hardy, Charlize Theron, and a totally-going-for-it Nicholas Hoult. It looks like Miller hasn’t lost a beat. Same campy humor, same death-defying stunts. There are porcupine spikes on the cars, and everything is exploding.

That ain’t me, dog. I don’t jump on to the spiked hood of a speeding gas tank with spears in my hands. I don’t care what role I have in the destruction or rebirth of civilization. I’m not the one. That’s just not safe. I can handle zombie apocalypse scenarios because you still have the skeletal remains of a society. Like, the Wawa is still there; you just have to avoid the roving, flesh-eating undead when you’re foraging for the last remaining Tastykakes. I have been training for that my entire life.

I haven’t been training for this:

That’s not in my wheelhouse. If there is a survival course to take in which you learn how to pole-vault in the desert while tankers are exploding all around you, then sign me up. I’m here to learn. If I’m in any kind of dystopian situation, I want my surrogate family standing over me, weeping, singing “The Hanging Tree.” I am not trying to go out like this:

Living through an apocalyptic event, driven by gas and water shortages, only to fight a roving band of dust-breathing lunatics, and bite it IN A LIGHTNING SANDSTORM just seems like the worst possible beat. I want to be a part of something important in my life, but if this is the hand, deal me out.