Lorde and ‘The Hunger Games’ Fuse for Ultimate Soundtrack Synergy 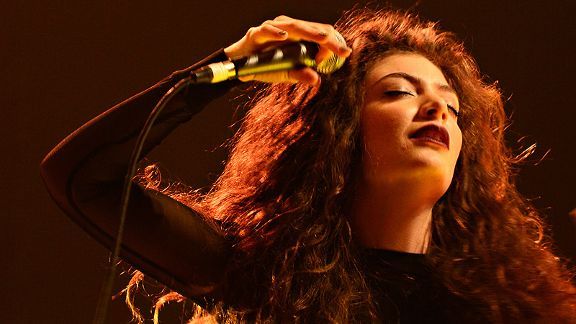 Lorde is a natural fit for The Hunger Games’s Now That’s What I Call Cool Music–style soundtracks. She covered Tears for Fears’s “Everybody Wants to Rule the World” for Catching Fire, and now she’s set to contribute the first single for Mockingjay — Part 1. Oh, and she’ll curate the rest of the soundtrack. “Her immense talent and keen understanding of Mockingjay’s characters and themes not only have enabled her to create a song of her own that completely captures the film’s essence,” says director Francis Lawrence, “but her insight and passion for our project make her the perfect creative force to assemble the other songs on our soundtrack.”

This new trailer for Alejandro González Iñárritu’s Birdman trailer is as excellent as the first one, and offers a subtitle: The Unexpected Virtue of Ignorance.
https://www.youtube.com/watch?v=rOnl7zNd0Rc

“We do inhabit the same universe and they’re pretty big personalities that are likely to, at some point or another, run into each other.” —James Gunn on Guardians of the Galaxy and The Avengers inevitably crossing over

The zombies on The Walking Dead have slowly been decomposing over the course of the show. It’s impressive.

Coming to Netflix in August: the fourth and final season of The Killing, both volumes of Nymphomanic, BoJack Horseman, the From Dusk Till Dawn series, The Mighty Ducks and D2, all the Rockys, Spice World, and more.

Four lost Dr. Seuss stories are being published together in September.

Mathew Knowles is offering a “daylong boot camp [that] will allow attendees to tap Knowles’ vast entertainment and music business expertise and leave with real information, contacts and strategies for their own successful entertainment endeavors.”