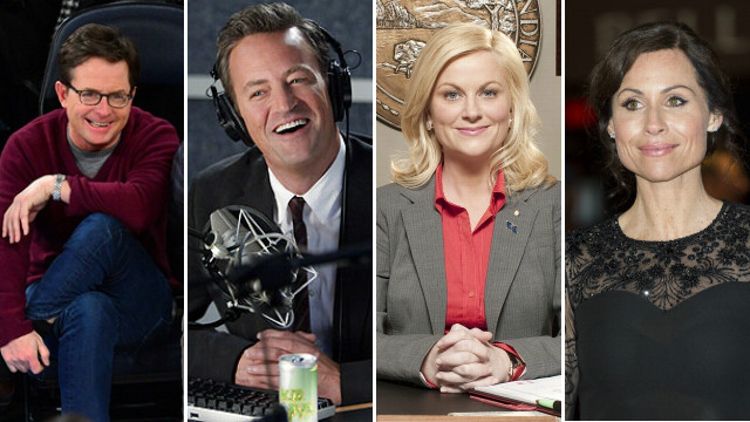 In a game of limbo, staying alive gets harder as the bar gets lower. In network television, survival works the opposite way. Just a few short months ago, NBC was riding high, actually winning key demos on most nights and bragging about the growth potential of its not one but two potential hits: Go On and Revolution. The rare burst of good news for the beleaguered network suggested that entertainment president Bob Greenblatt’s gambit had been successful: that the correct way to rebuild the fourth-place network’s fortunes involved investing heavily in new, broader programming on new nights. Only by radically reinventing the brand could the brand be saved. The unspoken assumption hidden beneath this strategy was that Thursdays, long NBC’s crown jewel, were now officially an afterthought. The Office and 30 Rock were scheduled for final hurrahs while critically adored, universally ignored companion shows Community and Parks and Recreation were given little chance of survival. It was a new era and a new king was on the throne. And that king was a milquetoast, high-voiced balladeer sitting upon a red pleather throne featuring the latest in slow-spinning technology.

What a difference a few months make. In January, like a 49ers fan in the last minutes of the Super Bowl, NBC lost its Voice. Without the reality show’s halo effect, all of NBC’s supposed gains went straight to hell. Go On‘s ratings began receding faster than Matthew Perry’s hairline and every single new show the network debuted in 2013 crashed and burned spectacularly, from 1600 Penn‘s unpatriotic pablum to Do No Harm, which absolutely did, in record fashion. (For a full accounting of this misery, be sure to read Joe Adalian’s take over at Vulture. One of the few to see through NBC’s unsustainable success in the fall, he’s been the tweeting canary that followed the Peacock right into the coal mine.)

Suddenly Greenblatt’s shoddy treatment of the Thursday comedy block begins to look not only callous, but downright criminal. While Parks and Community were never highly rated, they’ve each been proven to have a fan base that is both loyal and consistent, two things that are desperately needed by a network in constant flux. At least they used to: Community, now a shell of its former self, Thursday night lost a huge chunk of its audience from its surprisingly sturdy return just a week ago. This, coupled with the general Chevy Chaos occurring behind the scenes, probably foretells its euthanization. But with nothing established to take its place — and its stars soon to become bigger stars in outer space — Parks suddenly seems almost guaranteed another season, even if it’s only the 30 Rock 13-episodes-and-a-gold-watch retirement plan. (A last-minute reprieve for Parks would be ironic, since it’s produced its best work this year by operating under the assumption that all loose threads needed to be neatly knotted. With Leslie elected and married, Alyssa Rosenberg rightly asks: What stories does the show have left to tell?) It’s not a comedy, but Parenthood is almost certain of another go-round too. If NBC can’t let go of the hacked-up vegetable that is Up All Night — currently stumbling on without its star, creator, format, and purpose — why would it willingly lose its only two established, acclaimed programs that don’t involve a nonagenerian prankster?

Even so, for the umpteenth consecutive year, a drowning NBC finds itself entering pilot season with far more water than land. I had assumed, given Greenblatt’s recent history, that he may have at one point intended to give up on Thursdays altogether this fall, focusing instead on what he imagined would be burgeoning comedy franchises on Tuesday (huggy + urbane single-cam) and Wednesday (clunky + corny multi-cam). But now, with the network perilously close to the same garbage fire that he was hired to rescue it from, to retreat from his company’s storied night would be the same as a surrender. But what will Thursday look like with three-fourths of its programming gone? Wisely — in the same sense that it’s “wise” for a starving man to house a box of Saltines — Greenblatt and his deputy, Jennifer Salke, ordered 15 comedy scripts to pilot this winter, more than any other network, precisely to find out.

The downside of this spending spree is that the projects vary so wildly, in both quality and tone, that it’s almost impossible to imagine just how Greenblatt and Salke will deploy them. The as-yet-untitled multi-cam sitcom dreamed up by rising-star SNL writer John Mulaney, for example, is brilliant, caustic, and hilarious, perhaps the best chance the successful but hoary format has of winning back a generation raised on the smarter pleasures of single-cam. But it has almost nothing in common with the retro, family-friendly charms of the as-yet untitled Michael J. Fox show, or the still-being-scripted showcase for the artist formerly known as Roseanne Barr. It’s like this across the board, with Joe & Joe & Jane, a charming multi-cam script from Joe Wiseman and Joe Port, bumping up against Happiness, a new project from sardonic Better Off Ted creator Victor Fresco, and the tart Assistance, from Bachelorette writer Leslye Headland, clashing with the promising Girlfriend in a Coma, from the creator of Nurse Jackie, based on the book by the author of Generation X and starring Wednesday Addams. In other words, it appears, yet again, that NBC’s best bet will be to throw a lot of stuff in the air and then desperately scramble to stand underneath whatever doesn’t come crashing back down.

So, with the caveat that I have absolutely no inside knowledge and an almost 100 percent chance of being wildly wrong — after all, none of the new pilots have even been filmed, let alone screened — here’s my best guess for what to expect this fall on NBC’s newly rebranded Please Watch TV Thursdays. (Alternate: Comedy Night Done Eh.)

Untitled Michael J. Fox Show
What started with Matthew Perry last year comes full circle. Greenblatt has often said how he’d like to restore the ’80s luster to NBC, and what better way to do so than by bringing back an actual ’80s star? In fact, Greenblatt was so desperate to get Alex P. Keaton back on his air that the network made the totally unprecedented move of guaranteeing not only to film a full, 22-episode season of this new project but also to air it all. This series, co-created by Easy A director Will Gluck, stars Fox as a beloved local news anchor desperate to get back to work after being sidelined with Parkinson’s. Breaking Bad‘s Betsy Brandt plays his wife, and The Wire‘s Wendell Pierce plays his best pal. With so much expectation and so much cash committed, there’s no better way to showcase it all than the former home of Family Ties. It may not translate across an entire season, but slotting MJF here would at least get the night started on the right track.

Parks and Recreation (half-season)
In a perfect world, this near-perfect show would be given its overdue shot at the brass ring: 9 p.m. (The brass ring was gold until The Apprentice waddled into the time slot in 2004.) But I think NBC will be happy to have a little consistency at 8:30, letting Leslie Knope retire in the same time slot in which she was first elected to office. Besides, with ratings likely to be down regardless, it’d be better to fill 9 p.m. with a younger show in the hopes of building something for the long term. Which, when you think about it, is an awfully Leslie Knope kind of attitude.

As for what might happen in January, well, that really depends on what happens in November. If the Michael J. Fox show hits, I could see Greenblatt going all in on the past at 8:30 with Roseanne Barr or reaching for the best family show still on his shelf, which could be Joe & Joe or Happiness (with former NBC star Sean Hayes) or, more likely Welcome to the Family, a culture clash comedy starring Mike O’Malley about a white family, a Latino family, and the unplanned pregnancy that turns them all into serial killers. No, sorry: It brings them together. The pregnancy brings them together.

Go On
I know, right? Midway through its first season, the Matthew Perry vehicle remains a perfectly blasé Community-lite. But the network is clearly invested in both the star and the project; better to bring it home to a night where it makes sense and hope whatever residual Nielsen dust remaining from the Cheers/Seinfeld glory years makes its way into Brett Gelman’s beard. Plus, Perry and Fox can hit the talk shows together and talk about the good old days, back when NBC ruled the airwaves and every Christmas the network’s biggest comedy stars would receive an actual rainbow peacock to roast in their brand-new GE space-ovens.

About a Boy
On paper, this is the most promising of NBC’s many, many pilot orders. It’s adapted from the Nick Hornby book of the same name (and, hopefully, the even better Weitz Brothers movie that followed a few years later), about a smug lothario whose world is shaken up by a strange relationship with a precocious and unpopular kid and the kid’s irritatingly freegan mom. The man in charge of relocating the story from England to America is
Jason Katims, the guy responsible for Friday Night Lights and Parenthood and exactly the sort of person NBC should be doing everything possible to stay in business with. David Walton, the raffish star of Bent, a comedy NBC never should have canceled, is onboard to play the lead and Minnie Driver just signed to play the hippie. If done right, this could be a bedrock show for Greenblatt’s troubled regime: smart but sweet. To my mind, the biggest red flag is the one hiding in plain sight: Katims, a man who could make Henry Kissinger cry with nothing but a monologue and a well-timed music cue, has never created a straight comedy. And comedy, unlike field goal kicking, isn’t a skill you can pick up in a week. Still, if he can make my wife a football fan, I trust Katims can manage the only slightly more challenging task of saving a battered network’s most important night.