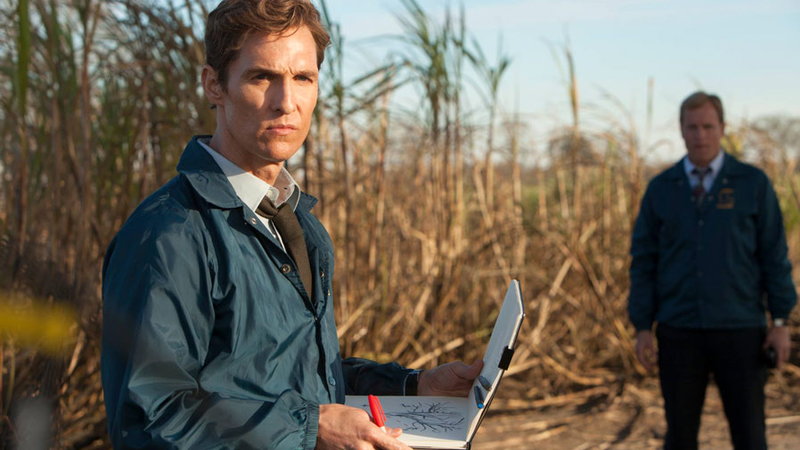 All Emmys hell has officially broken loose: HBO, perhaps bored by the prospect of welding another dozen or so lesser-category statuettes to its Golden Throne, has decided that True Detective will eschew the Outstanding Miniseries or Movie kids table and compete with the big boys in the Outstanding Drama Series dogfight in 2014. What does that mean? It likely means True D against Mad Men, Game of Thrones, House of Cards, and, uh, maybe Downton Abbey again, even though anyone who’s anyone at the rose contest stopped caring the moment a certain character drove his Royal Happy Meal roadster into a ditch. Are we forgetting something? Oh, right: the final half-season of Breaking Bad, machine-gunning its way through a last run at meth-fueled glory. Scratch that Abbey thought, and any silly, misguided idea that Homeland might squeeze back into the race after Showtime sends the TV Academy members miniature For Your Consideration dioramas of REDACTED PIVOTAL SERIES-ALTERING SPOILER. (We will, however, allow Boardwalk Empire’s stalwart Nuckyheads to hold out hope that voters create a separate Best Streaming Enjoyable-Enough Political Supervillain Melodrama race for Cards, because we’re feeling temporarily generous.)

There is, of course, another major down-ballot repercussion to consider. Like the now utterly batshit Outstanding Lead Actor in a Drama Series Thunderdome this tactical move creates, which should feature Matthew McConaughey, Bryan Cranston, Kevin Spacey, Jon “Still Criminally Emmy-Free” Hamm, and, barring more category-shifting shenanigans, Woody Harrelson. We can picture it now: a still-hungry Cranston burying a knife hilt-deep in McConaughey’s gut, simultaneously appalled and delighted at the lengths he’ll go to for one more win; Spacey turning to the camera and pithily observing, “Looks like someone’s tired of self-indulgent acceptance speeches”; Hamm downing a whiskey in a single gulp and edging away from the melee, knowing he’s got one more shot in 2015; Harrelson giggling even though there’s a hatchet in his chest, because he knows his partner’s still going to come out on top. Yeah, this is going to be great.

But as we finish musing about the delightful carnage to come, let’s credit HBO for its giant, clacking brass balls. It could easily have let the True Detective juggernaut run roughshod over American Horror Story: Coven (which, you might remember, has long gamed the system by submitting itself as a miniseries, when come on) and whatever unfortunate short-run contenders dared to step into its path. HBO’s tired of merely running up the score. It wants the big ones, and it’s going after them. All we have to do is show up to the death match with a case of Lone Star and a strong stomach.