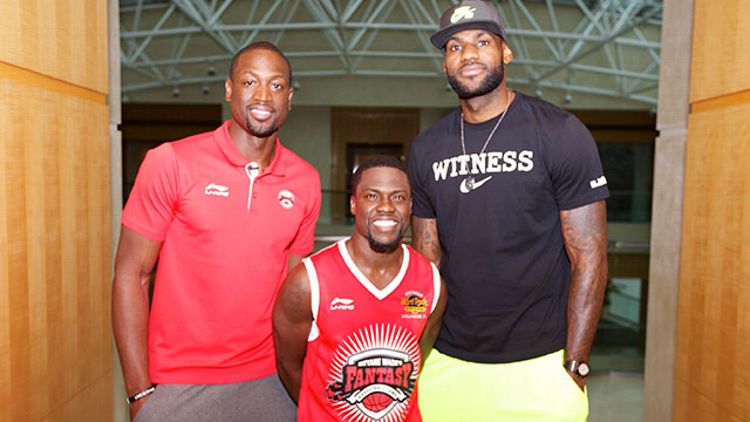 LeBron went to Miami for one reason: to win a ring so he could finally get on Jordan’s level by starring in a timeless big-screen comedy. When it didn’t work out after the first year, mega-producer Brian Grazer put the movie on hold. Two NBA championships later, it’s back on — with Kevin “Major Stand-Up Comedian/Got So Many Upcoming Projects on My IMDb Page You Can’t Even Understand” Hart. “Hart will first co-write the comedy along with his scripting teammates Joey Wells, Chris Spencer and Harry Ratchford. He’ll then star as a man who lives in the shadow of his NBA superstar brother, but gets a chance to prove himself when he and some pals attend a weekend fantasy basketball camp in Miami,” Deadline reports. The site also calls Ballers “the real Twins sequel.” I’m envisioning more of a pseudo-Stepbrothers follow-up, especially if Hart brings anything he brought to this intense court scene in 2012’s Think Like a Man:

Ballers is director-less so far. James and Hart will be executive producers, with the movie set to shoot in the 2014 offseason and make a ton of money sometime in 2015.

Q&A: Inside Llewyn Davis’s Oscar Isaac on the Coen Brothers, Working with Your Idols, and Laughing Through the Darkness