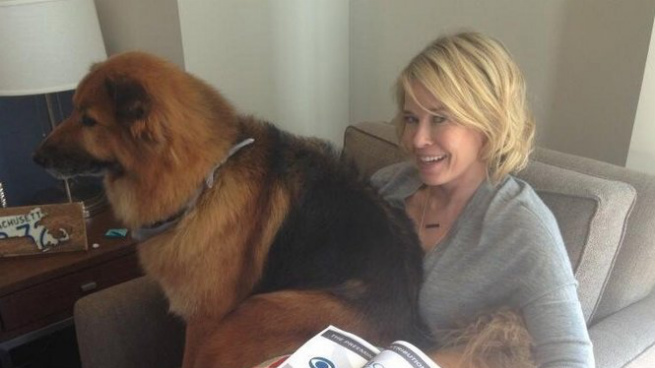 Yesterday CBS denied it was involved with Chelsea Handler after she Instagrammed a photo with a CBS binder proudly displayed beside her, captioned “Business meeting,” and thus stoking speculation she was in line for Craig Ferguson’s Late Late Show spot. CBS quickly made a statement to the New York Post: “There are no discussions with Chelsea Handler regarding the network’s 12:30 late night broadcast; her meeting with CBS yesterday was a general meeting with our syndication group.” Wow, why so defensive, CBS? Could it be because you’re secretly interested in late-night discussions with Chelsea Handler? She has been to this rodeo before, and she knows how this shit goes down. CBS is going to neg her a few more times, tell its friends how it would never go home with her in a million years, and then end up sleeping with her anyway. That’s her whole media persona! She’s the girl you go home with at last call. You might have turned down her advances earlier in the night, but three drinks later, it’s Handler time.

Ferguson may not be out yet, but his days are clearly numbered, and Chelsea is in a prime position to take over. She might not be your first choice, but look: She stuck around, and the other girls all went home. So either you’re spending the wee hours of the night alone, or you can go home with Chelsea. And let’s face it, you’ll probably have a great time! OK, yes, she keeps taking shots when you’re trying to fall asleep and she wrote a book called Uganda Be Kidding Me (you have literally got to be kidding me), but you have to admit, she charmed the pants off you. CBS proclaiming it’s not in the Chelsea Handler business that loudly and fast? Why bother, unless the network is hiding something? I’m calling your bluff, CBS. It’s OK to admit you’ve thought about taking on Chelsea Handler, just to see if the rumors are true.