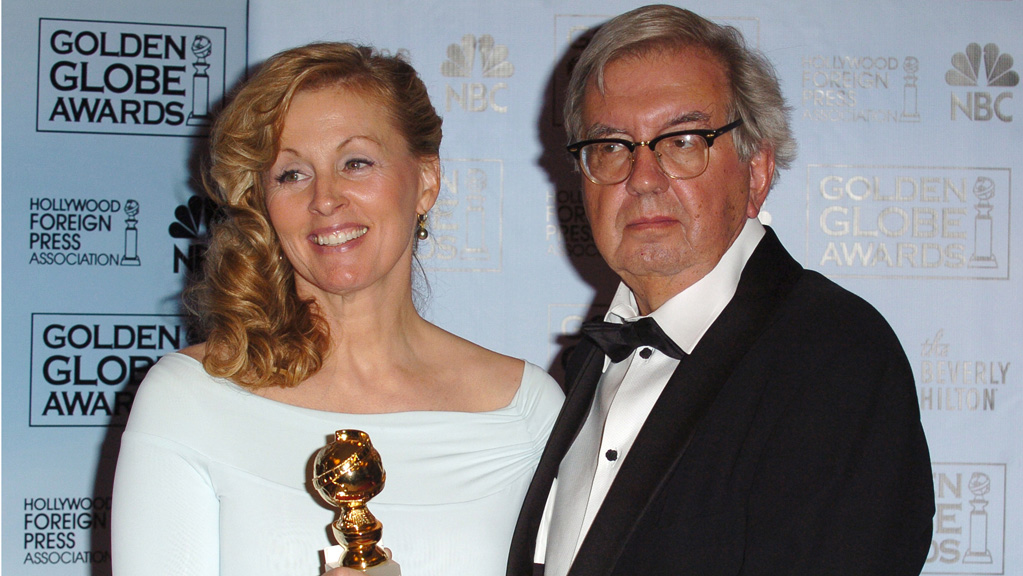 Larry McMurtry, the Pulitzer Prize–winning author of Lonesome Dove, needs money. He is not broke but he is not comfortable for a writer with his credentials, which also include the novels Terms of Endearment and The Last Picture Show, and the Oscar-winning adapted screenplay for Brokeback Mountain. Money is not exclusively why McMurtry, 77, continues to write — after dozens of books and screenplays, and hundreds of essays and reviews, writing is a reflex. Money does, however, motivate him to have his writing partner, Diana Ossana, help him convert his daily exercise of five typewritten pages into something salable.

“I worry about where the next million dollars is going to come from,” McMurtry, who has a well-documented addiction to buying books, said in early May, only half-jokingly, while sitting on a couch in the living room of a downtown Dallas hotel suite.

McMurtry has just published his 46th book and his first novel in five years, The Last Kind Words Saloon. Like Lonesome Dove, it’s a fictional yet literal “end-of-the-West Western,” this time with Wyatt Earp, Doc Holliday, and other characters from past McMurtry books frolicking toward the climactic shootout at the O.K. Corral, a defining moment in history that McMurtry rewrites as a mere accident. But while Lonesome Dove, a drama, is 843 pages, The Last Kind Words Saloon, a comedy, is only 196 pages — and divided into 58 chapters. “You can read it at a stoplight,” McMurtry said.

Money is the reason McMurtry, who initially said he wouldn’t do any press for the book, has conceded to a couple of interviews. Money is definitely the reason one of the interviews is in Dallas — “a second-rate city that wishes it were first-rate,” McMurtry wrote in a 2013 Texas Monthly piece — for the Dallas Museum of Art’s Arts & Letters Live series. “I want this book to have every chance to do well,” McMurtry said. “Plus, I want some money.”

McMurtry is not keen on being feted. If he’s obliged to go onstage and do the song and dance, he would rather have done it in Houston. “Houston was more or less my Paris, or such Paris as I had, and I still think of Rice University as my intellectual home,” McMurtry wrote in that same Texas Monthly essay. Houston is where McMurtry came of age in the mid-to-late ’60s as a young writer and professor. But even though Houston didn’t come calling for The Last Kind Words Saloon, the University of Houston Libraries, the holder of some of McMurtry’s papers, supplied Page 177 from the original Lonesome Dove manuscript for a special one-day exhibit at the DMA. A valuation was done for the transfer between institutions, and the dollar amount for the lone page was set at $20,000.

“Larry didn’t make a lot of money off of Lonesome Dove,” said Ossana, who sat across from McMurtry in the hotel suite. “A lot of other people did, and some of it in very nefarious ways. That’s all I’ll say about that.”

Ossana has essentially been McMurtry’s cowriter since his heart surgery in 1991. He pounds out the words on the typewriter and she puts them into the computer. She rearranges passages, makes suggestions, and shepherds projects to completion. She earned co-bylines on two books and, in 2005, an Academy Award with McMurtry for Brokeback Mountain, an Annie Proulx short story published in The New Yorker in 1997. Ossana picked the story and convinced McMurtry it was right for the big screen. It was the first time in a long time that he’d put up his own money to do something.

Ossana joined the interview about halfway through and sort of took it over. This was after McMurtry had talked about how the name of the new book comes from a song by the blues singer Geeshie Wiley, the subject of a recent The New York Times Magazine article, which in turn caused McMurtry to reminisce about Mack McCormick, the music collector in that story, and how, back in Houston, McMurtry once scouted 22,000 78s that helped keep McCormick afloat for several years.

This was also after McMurtry had addressed the question about why he wrote another Western when he said he was done with Westerns. “I don’t think people give a shit whether I write Westerns or don’t write Westerns,” he said. “I thought people wanted me to write Westerns. They expect Westerns from me.”

McMurtry wore Nikes, jeans, and a tracksuit top. His demeanor was commensurate with his age. His voice was a monotone murmur full of pauses. His hands seemed brittle, as if a hard keystroke could dislocate a finger. His gravity-stricken face grew sleepy, prompting him at one point to rub his eye and say, “I hope my left eye doesn’t fall out before dinner.” “It’s drooping,” Ossana said.

Ossana, 64, sat curled up in a highback chair, with jeans, a T-shirt, and bare feet. She could easily pass for 10 years younger. Ossana and McMurtry live together, splitting time between Tucson, Arizona, and Archer City, Texas — the setting for The Last Picture Show. Their roommate, and third member of the family, is Faye McMurtry, 79, who Larry McMurtry married in 2011. She is a plain Jane to Ossana’s All-American good looks. She is also the widow to Ken Kesey, author of One Flew Over the Cuckoo’s Nest, whom McMurtry studied writing with at Stanford University in the early ’60s. “I went up and drug Faye out of Oregon,” McMurtry said.

Lately, after dinner, the trio will sit on the couch with Ossana’s seven dogs and watch television series, including The Sopranos, Six Feet Under, Veep, and Sanford and Son. “Diana and I are doing a study of the American sitcom,” McMurtry said. “All Hollywood wants now is series.” While Larry and Diana talk in the hotel suite, Faye is downstairs in the lobby shopping for shoes.

Of course, money isn’t everything to McMurtry. He has other motivations for the new book to do well. It is his first book in 40 years that Simon & Schuster did not publish. Once Michael Korda, his longtime editor there, retired to focus on writing his own books, McMurtry didn’t connect with the new regime. “Simon & Schuster has wanted a thick tome similar to Lonesome Dove from Larry for years,” Ossana said.

This friction finally came to a head. “They seemed to be having trouble getting past Lonesome Dove, which made them a lot of money,” McMurtry said. He sensed Simon & Schuster didn’t really want The Last Kind Words Saloon, so he took it home and let it marinate for a year or so. He was about to trash it but eventually told his agent, Andrew Wylie, to shop it around. It landed at Liveright, a new imprint of W.W. Norton that was resurrected from Boni & Liveright, the literary press that was home to William Faulkner, Ernest Hemingway, and Gertrude Stein.

“Larry is like Charles Dickens,” Robert Weil, McMurtry’s editor at Liveright, said at a luncheon held in McMurtry’s honor later in the day. “He bridges the gap between literary and commercial appeal. He shows it’s OK to write a lot, and it’s still literature.”

McMurtry has already finished a draft of a subsequent book. Tentatively titled 62 Women, he said it’s composed of funny, unromantic remembrances of women he’s interacted with or has strong impressions of, including his mother and grandmother, the actors Diane Keaton and Cybill Shepherd, and the writers and socialites Evangeline Bruce and Alice Roosevelt Longworth. There is, naturally, a chapter on Faye. “I think I had seen Faye a total of four times over 51 years, and I married her,” McMurtry said. “We never had a date or a conversation. Ken would never let me have conversations with her.”

There is also a chapter on Ossana. She is the only one who has read the book. But McMurtry has yet to write the entry on her. This is what that chapter might entail. Ossana and McMurtry met in the mid-’80s at an all-you-can-eat catfish restaurant in Tucson. Ossana, who was writing briefs and trial prep at a law office, had just read Lonesome Dove. The two had mutual friends and grew close. McMurtry added her to his list of stops on the never-ending round trip he would take from Washington, D.C., to Archer City to Houston to Tucson to Hollywood.

“When I first met Larry, he was involved with about five or six different women,” Ossana said. “He was quite the ladies’ man. I was always really puzzled. One day I said to him, ‘So all of these women are your girlfriends?’ And he said, ‘Yes.’ And I said, ‘Well, do they know about one another?’ He said, ‘Nooo.’” McMurtry giggled as Ossana told this story.

In 1991, McMurtry suffered a heart attack, leading to quadruple-bypass surgery. The experience was transformative. McMurtry endured deep emotional and psychological trauma. He tried diving back into life — he literally started swimming — but then something bad happened. “I was fine for about six weeks,” McMurtry said, “and then I was standing in front of a bookcase one day and I began to feel myself vanish.”

McMurtry retreated to Tucson and holed up with Ossana. He recuperated there over a period of almost three years. During that time he finished Streets of Laredo, the sequel to Lonesome Dove, at her kitchen counter. Ossana remembered reading it and feeling the weight of its sadness.

And then McMurtry quit writing, quit reading, quit doing anything. He completely withdrew from the world. He didn’t leave the house. “It was like his essence leaked away,” Ossana said. It got to a point where Ossana’s high school daughter couldn’t bear to even look at McMurtry, her godfather.

Meanwhile, McMurtry was getting offers to write screenplays. John McTiernan and Steven Spielberg, among others, called. McMurtry kept batting them away. After about the fifth one, Ossana couldn’t take it any longer. “I thought, enough of this sitting there and staring out the window,” she said. “Either he’s going to get back into the world and start writing again or he’s going to die.” Finally, McMurtry accepted Jerry Weintraub’s offer to write a script on Pretty Boy Floyd, the Depression-era outlaw. McMurtry’s only caveat was that Ossana be allowed to write it with him. Their partnership blossomed amid McMurtry’s reawakening.

Ossana said the chances are that McMurtry picked her to crash with after his surgery because he knew she would tend to him and still let him have contact with all of his lady friends. This prompted me to ask Ossana what a lot of people are probably wondering. Have you had romantic feelings for him? “Well, I love Larry,” she said. “He’s my best friend in the whole world.”

Michael Hoinski (@michaelhoinski) is a writer based in Austin, Texas, who contributes regularly to Texas Monthly and the New York Times.