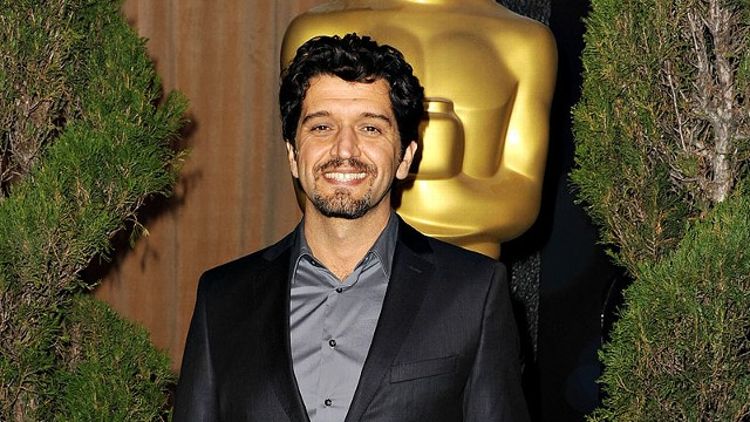 Among my growing list of signs the Mayans are probably right about 2012 — in addition to a Harvard-educated Asian American Christian taking the NBA by storm — would have to be Pixar’s omission from the Best Animated Film Oscar nominees. Sure, pointing out that Cars 2 didn’t make the cut probably stokes as much indifference as hearing your spoiled cousin whine about only getting an Audi for her sweet 16. Nonetheless, Pixar’s sole rep at the Theater-Previously-Known-as-Kodak this year is director Enrico Casarosa, whose La Luna was nominated for Best Animated Short.

Given that, and given that Pixar’s short directors are its farm team, I couldn’t pass up the chance to interview Casarosa: Jan Pinkava of Geri’s Game went on to co-direct possible-greatest-animated-film-ever Ratatouille; One Man Band’s Mark Andrews is directing the upcoming femin-epic Brave; Partly Cloudy‘s Peter Sohn is codirecting Pixar’s top secret/money-printing dinosaur project; and Presto’s Doug Sweetland is directing The Familiars for Sony Animation. So chances are that Casarosa and his comrades are the future of Pixar; when Lasseter, Bird, and Stanton all retire to the toy attic — I’m sure there’s an actual toy attic at Pixar where the infamous Brain Trust will be preserved frozen-Walt Disney-head-like for oracular consultation — they’ll be running the place. One day Casarosa could be breaking the billion-dollar mark at the box office with Toy Story 8½. (Woody cruising Rome in a toy Testarossa while Buzz forgoes infinity for the decadent ennui of all night bunga bunga parties at Silvio Berlusconi’s, anyone?)

You probably won’t catch Casarosa’s short until it runs in front of Brave this summer, but when you do, you’ll find something slightly different from Pixar’s usual talking-cute anthropomorphism. It follows a young boy going out on the sea one night with his squabbling father and grandfather to learn the ropes of their magical-realist family business. (Hint: It involves the moon.) As you see from the clip, the film wears its Miyazaki-meets-Calvino inspirations on its sleeve with an old-world, handmade Italian artistry that departs from the polished, small-town perfectionism with which Pixar usually brutalizes your tear ducts.

To me that change is refreshing: The squeaky-clean Pixar sheen has always made me wonder if the studio is one Kool-Aid sip away from filing for religious tax-exempt status. In fact, Casarosa set out specifically to undercut the Stepfordian feel of computer animation by using real pastels and watercolors for the backgrounds instead of digitized matte paintings: “One of the things we get out of that is texture that is man-made. There’s imperfections. The computer is very good at keeping smooth, but there’s a certain coldness I was trying to fight.” Overall, Casarosa seemed pretty well adjusted for someone working at a place that could easily be a hermetically sealed world of wonder. I asked if Pixar was indeed the happiest place on Earth, and he admitted, “Even at Pixar, on a Sunday, I’m not necessarily the happiest man to go back to work.” Though he quickly qualified that by saying the nine months he worked on the film were his happiest.

Of course, when he delved into the process of Pixar’s mentoring program, which produces the shorts, I understood why. Unlike the Darwinian world of Hollywood, where young filmmakers are taught not to look senior execs in the eye, Pixar actually supports its burgeoning filmmakers with guidance from the top. Casarosa pitched his short directly to head honchos John Lasseter, Ed Catmull, and Jim Morris. “I had lots of drawings and storyboards and 30 images to scan through while telling the story.” Not only did Lasseter embrace the film’s slower rhythm and Italian sensibility, he graced it with coveted story notes. “He said one key note right away, that you should make this the first day this boy was on this trip. It had never really crystallized for me, [but] it’s such a great adjustment,” Casarosa said. I’d probably enjoy Mondays, too, if I had Steven Spielberg to suggest camera angles for my short.

The shorts don’t get the full story hazing afforded to Pixar’s feature-length films by the celebrated Brain Trust, but one benefit of Pixar’s open floor plan was that Casarosa could pigeonhole individual members for notes: “We’d ask for lunch with Brad Bird. [He’s] very good about clarity, and other times he’d be like, ‘I don’t believe exactly the physics of a boat holding on to the moon.'” The other benefit of the mentoring program was that Casarosa got to poach artists and crew from Pixar’s features. “That’s the fun part of a short. You have to make do with less resources, but it makes people pitch in more. It’s smaller, so you get more camaraderie.” Granted, when talking about professional-grade Pixar animators, “less resources” is a relative term.

Despite all this support, Casarosa did demonstrate independence in artistic decisions. For example, he abandoned dialogue in favor of a gesticulating gibberish based on the nifty retro Italian short series La Linea: “The first test we did, they were telling us it’s annoying. It was me and the editor doing it, so, of course, we were not so great.” However, Casarosa persisted and cast voice actors to sell the concept: “We ended up with Tony Fucile, who’s a great animator as well — he’s a barrel-chested dad for real — and [Phil Sheridan], a great storyteller from San Francisco, for the grandpa. He asked the first day if I wanted to record him with or without his teeth, and everything you hear is without the teeth!” Toothless storytellers: Now that’s the kind of European flair that’d thrill your Slovakian college animation professor.

Lastly, I asked Casarosa the secret to Pixar’s overabundant creativity — just in case a Hollywood studio chief reads this in between green-lighting Battleships 2 and 3. He offered that having a beach volleyball pit, pool, and soccer field at the office had to help stimulate brain waves. Who wouldn’t be happier if work included recess? Casarosa also admitted that Pixar’s facilities provide plentiful access to every writer’s secret sauce: “There are a lot of bars, yes. You work hard and play hard.”