Know Your Beef: Beastie Boys vs. GoldieBlox, the Company That Used a ‘Girls’ Parody in a Viral Commercial 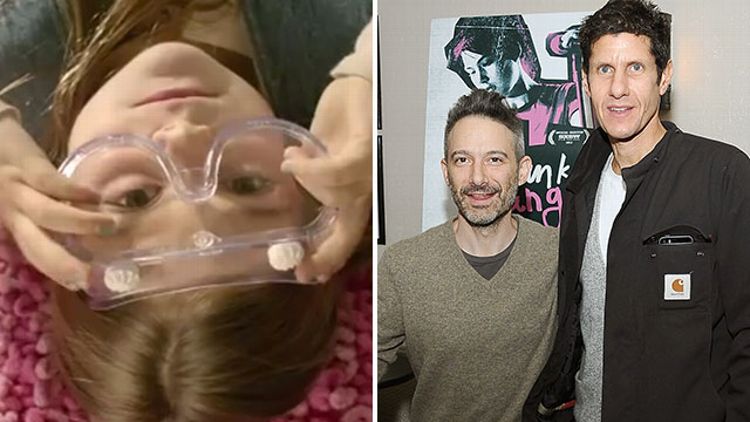 GoldieBlox is a company that makes construction toys for young girls, as a corrective to all the usual pink princess B.S. and in hopes of “inspir[ing] the next generation of female engineers.” The Beastie Boys are the Beastie Boys, a bastion of decency and righteousness for all time. And, somehow, these two entities are feuding? What in the hell is going on here? Let Know Your Beef explain!

GoldieBlox shot to viral fame last week, via the ad below, in which a trio of plucky girls say “fuck that noise” to some boring gender-normative entertainment and create their own epic Rube Goldberg machine instead. The soundtrack cheekily subverts the Beastie’s “Girls,” from Licensed to Ill, on which Ad-Rock engages in a few minutes of upbeat misogyny. Now, instead of “Girls / to clean up my room,” it’s “Girls / to code the new app / to grow up knowing that they can engineer that.” I mean, yeah: spot-on. And it has over 8 million views to show for it.

Then, on Thursday, a lawsuit broke out. Confusingly enough, this was GoldieBlox suing the Beastie Boys, and not the other way around. See, the band’s lawyers had reached out to the company alleging copyright infringement for use of the song. They weren’t taking any legal action yet; they were just beginning communication on the situation, which they called a “big problem” with a “very significant impact.” In response, GoldieBlox fired back with a preemptive lawsuit in California, seeking, according to THR, “declaratory relief that the video is not a copyright infringement.” The company will be alleging that, because they parody and tweak the track, their usage is protected under fair use. More helpful legalese from THR: “To answer the question, a judge will be looking at the four factors of fair use: the purpose and character of the use, the nature of the copyrighted work, the amount and substantiality of the portion taken and the effect of the use upon the potential market.”

Like many of the millions of people who have seen your toy commercial “GoldieBlox, Rube Goldberg & the Beastie Boys,” we were very impressed by the creativity and the message behind your ad.
We strongly support empowering young girls, breaking down gender stereotypes and igniting a passion for technology and engineering.

As creative as it is, make no mistake, your video is an advertisement that is designed to sell a product, and long ago, we made a conscious decision not to permit our music and/or name to be used in product ads. When we tried to simply ask how and why our song “Girls” had been used in your ad without our permission, YOU sued US.

With the caveat that I am a shameless Beastie Boys homer — I gotta give ’em the nod here.

Look, it’s complicated. GoldieBlox seems like a great company, and their upending of “Girls” is both clever and justified. That song is as obvious a target as anything from the Beasties’ pre-moral-awakening phase; you’d be justified in assuming the mature, wise versions of those guys would be happy to see it sent up. But they drew a line in the sand. When Adam Yauch passed away, Rolling Stone pointed to a portion of his will that’s in no way open for interpretation: “Notwithstanding anything to the contrary, in no event may my image or name or any music or any artistic property created by me be used for advertising purposes.” And as the open letter succinctly explains: “Your video is an advertisement that is designed to sell a product.”

GoldieBlox’s aggressive legal maneuvering is also a bit strange. Even if they approached with a harshly worded message, it does appear the band’s lawyers got in touch in hopes of actually getting some back-and-forth going. (“When we tried to simply ask how and why our song ‘Girls’ had been used in your ad without our permission … “) Now it’s in the courts.

Might that possibly have something to do with the fact that GoldieBlox is currently competing to get its ad played during the Super Bowl? The company is one of four finalists vying for a 30-second spot in a contest run by Intuit, and there are only six days left to vote. Maybe, concerned with the possibility of the ad being pulled, GoldieBlox decided to go lawsuit rather than talk it out. I don’t know. Maybe they would have chosen that route in any case.

The Road House Remake Seems to Have a Director. Are We Really Going to Do This?

We Went There: Sleigh Bells as Senseis of Self-Destruction at Terminal 5