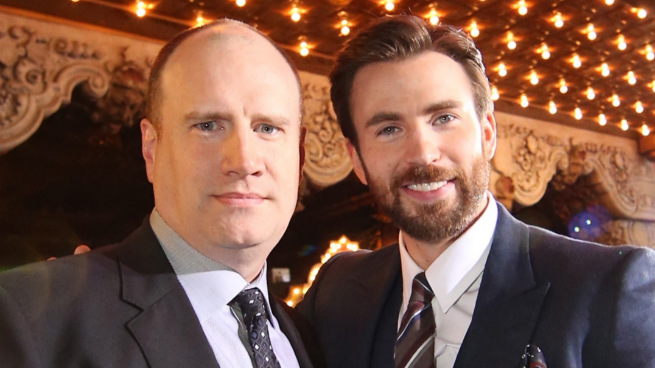 guardians of the galaxy

Kevin Feige is Marvel’s main man. At just 40 years old, the studio’s president has been indispensable in the industry-shaking moves Iron Man & Co. have been making since 2008. Businessweek calls Feige “one of the more shrewd and successful studio heads of his generation,” and a long new profile takes its time illuminating exactly how that is. Here’s what we learned. (Note: Grantland and Marvel live under the Disney umbrella in sweet, sweet harmony.)

Marvel has a crystal ball that sees as far as 14 years into the future. Businessweek’s Devin Leonard spies a map of films on Feige’s office wall. “It’s like looking through the Hubble telescope,” Feige says. “You go, ‘What’s happening back there? I can sort of see it.’ They printed out a new one recently that went to 2028.” Does this mean we’ll have different actors playing guys like Thor and Iron Man even as story lines continue playing out across the years?

This summer’s Guardians of the Galaxy and next summer’s Avengers: Age of Ultron might spawn some spinoffs. Guardians candidates include Chris Pratt’s Star-Lord, Zoe Saldana’s Gamora, Dave Bautista’s Drax the Destroyer, Groot (voiced by Vin Diesel), and Rocket Raccoon (voiced by Bradley Cooper.) Disney CEO Bob Iger wouldn’t name the new Ultron heroes up for standalone films, but we hope Elizabeth Olsen’s Scarlet Witch and Aaron Taylor-Johnson’s Quicksilver are entering the mix. The article also says a third Captain America is under consideration.

Spider-Man and the X-Men aren’t returning to Marvel Studios in the near future. Or even the far future, probably. There are like a dozen Amazing Spider-Man films and spinoffs already set up at Columbia Pictures, right?

Marvel has more heroes available for the big screen than you can possibly imagine. Before Disney officially acquired Marvel in 2009, Iger “asked a group of Disney interns to read piles of Marvel comics and count the characters. ‘Every office you went into there were Marvel comic books,’ he says. ‘The count kept going up. They kept discovering more.’ Marvel now says there are more than 8,000.” Eight thousand!!

Your heroes are in good hands, superfans. First of all, there have been actual in-office “screaming matches” over “what was best for Marvel’s characters.” Feige’s regime works to take the original comic-book fans seriously, too. “Really, you have to start with the loyalists. If the loyalists reject it, then we feel that everyone is going to reject it,” says Joe Quesada, Marvel’s chief creative officer. The profile also points to a number of times when Feige lobbied for or against key decisions that wound up looking smart in retrospect. Feige helped Bryan Singer crack the X-Men’s humanity for the original 2000 film. He was nervous about — and worked against — The Avengers turning into nothing more than “a bunch of explosions and visual effects.” He fought for the first Captain America to be set entirely in the 1940s to maximize the jarring effect modern times would have on Steve Rogers in The Avengers and Captain America: The Winter Soldier. He’s got a bunch of cinematic subgenres in mind to apply to future films as a way of keeping audiences interested forever and ever.

BONUS POINT: The Marvel offices have crappy couches. They spare expenses wherever possible.

More guardians of the galaxy

See all guardians of the galaxy

'Mad Men' Season 7 Preview: A Thrilling and Well-Reasoned Theory About the Fate of Creepy Glen

Q&A: John C. Reilly on Dr. Steve Brule, Rapping, and the White Smoke That Emanates From the Screaming Mouth of Will Ferrell