Kevin Bacon to Play Another Jerk 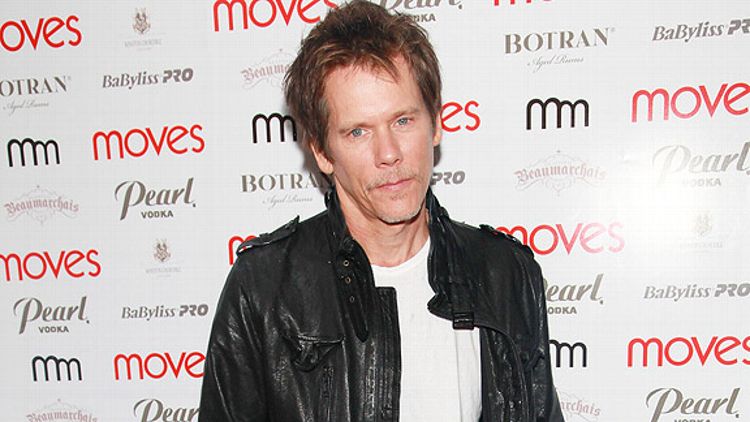 He flirted with villainhood as a robber in A River Runs Through It The River Wild and a dancing miscreant in Footloose, but now Kevin Bacon seems to have fully embraced unlikability: He’ll follow his roles as a Nazi in X-Men: First Class and the guy who wrecks Steve Carell’s marriage in Crazy, Stupid, Love. with one as the bad guy in Robert Schwentke’s (Flightplan, Red) comic-adapted supernatural actioner R.I.P.D., about a murdered cop (Ryan Reynolds) who joins other undead officers in the Rest In Peace Department, then tries to catch the guy who killed him (Bacon, presumably). Grade: B+ [Variety]

Terry Gilliam is developing another movie, this one an adaptation of Paul Auster’s highly Gilliam-y novel Mr. Vertigo, about a levitating sideshow performer and the mentor who teaches him to fly. Even Gilliam sounds doubtful that this project will ever advance beyond the screenplay he’s writing, but just to be safe, everybody should probably buy more insurance. Grade: B+ [Playlist]

Robert Patrick will replace Bryan Cranston in Tales From the Gangster Squad as a “a laconic LAPD officer from Texas who ambitiously enforces the law.” Unless he does it like this we’ll consider this a slight downgrade. Grade: C [Variety]

Director Antoine Fuqua (Training Day) will adapt John Huddy’s 2008 fact-based book (or at least its title) Storming Las Vegas: How a Cuban-Born, Soviet-Trained Commando Took Down The Strip to the Tune of Five World Class Hotels, Three Armored Cars, and Millions of Dollars. Grade: B [Deadline]

At TCA yesterday, HBO execs said they’re “cautiously optimistic” that Larry David will do a ninth season of Curb Your Enthusiasm. Grade: A [Deadline]

Doug Ellin on the Entourage movie: “We’re going to do a movie. We’re going to do it. The question is when and how quickly. Hopefully we’ll come down with an idea and make it happen.” Says Mark Wahlberg: “If I had to finance it myself, I would do it.” Grade: D [Deadline]

Alan Ball just signed a multi-year deal to stay at HBO, but he’s only committed to being True Blood‘s show-runner for one more season, after which he might pull a Darabont and let some other schmuck handle it. Grade: B [Deadline]

Real Time With Bill Maher has been renewed for a tenth season. Grade: A [HR]

Reality Scorecard: Oh, Mandi, You Came and You Denied Coitus Without Credibility