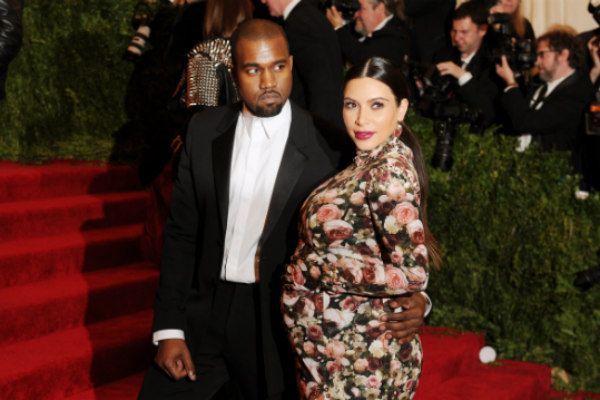 First, and most importantly: Those rumors about Kanye West being a (OK, yes, only self-proclaimed) god are true. But let’s back up a bit.

In March, rumors circulated that Kanye’s next solo album would somehow have an even more preposterous title than My Beautiful Dark Twisted Fantasy. Namely: I Am God. Then, word was Kanye wasn’t that crazy — the title was actually “I Am a God,” and was only the name of a track on this next album, not the album itself. And you know what? That still seemed (even for ’Ye) pretty damn nutty! Bless the skies, though, it’s true. On Monday, at the 2013 Met Gala, Kanye performed new material. And he definitely screamed, while in his increasingly customary black leather skirt, about being a god.

That Vine comes to us from A-Trak, Kanye’s former tour DJ. Below, here’s one from Jaime King.

And here’s another Vine, via the model Coco Rocha. The caption reads “Kanye telling Kim not to worry what anyone says that she’s awesome. Quite touching really.”

And one more Vine, with more of Kanye singing about people being awesome.

Note that regular people don’t get to go to the Met Gala, and so the full-fledged five-minute YouTube footage probably isn’t popping up anytime soon. We should just be grateful we’re getting any kind of moving images and sound, though. If this went down like six months ago, everyone would still be Instagramming it. So this is a great day both for Kanye obsessives and for people who have been trying to get their friends to try Vine for months now. (Thanks to Complex for pulling all these Vines together, by the way. OK, that’ll be the last mention of the word Vine in this post.)

Spin recently pulled together all relevant details available about the album. Recording sessions went down in Paris, where guests included the likes of Skrillex, 2 Chainz, The-Dream, Azealia Banks, Chief Keef, and Young Chop. Daft Punk will be making an appearance on the album, as does “primal screaming.” And, if Kanye’s solitary, cryptic tweet is to be read into, it drops June 18. That means we have like six weeks to prepare ourselves for the rebirth of Kanye West as a beskirted, (let’s hope) benevolent deity. Everyone, begin mental preparations immediately.

Watch a Supercut of Leo DiCaprio Screaming His Lungs Out, Over and Over Again, Until Your Ears Quit on You